It didn’t take long for this year’s April Fools Day to get off to a bad start, thanks to Google’s Mic Drop.

The plug-in was intended to induce laughter, giving users the last word along with a Minions-flavored meme at the end of a conversation -- think of it as a reply and mute button.

The idea soon backfired as some have already claimed it cost them their jobs and posted their complaints online.

"Thanks to Mic Drop I just lost my job," wrote Allan Pashby on a Google forum. "I am a writer and had a deadline to meet. I sent my articles to my boss and never heard back from her. I inadvertently sent the email using the 'Mic Drop' send button. There were corrections that needed to be made on my articles and I never received her replies. My boss took offense to the Mic Drop animation and assumed that I didn't reply to her because I thought her input was petty (hence the Mic Drop). I just woke up to a very angry voicemail from her which is how I found out about this 'hilarious' prank."

The Telegraph found another: "I just sent off an email with my resume to the first person who wanted to interview me in months ... I clicked the wrong button and sent it with the mic drop. Well, I guess I'm not getting that job. Words cannot describe how pissed off I am right now. I'm actually shaking. One click, ONE CLICK and I lost the job. Goddamnit. Not funny, google. I'm going to go cry now."

Needless to say, if you wanted to use Mic Drop, you’ve missed your chance since the tech company has already taken it down.

Though there’s always some hit or misses, if you’re planning on an April Fools' prank, just make sure you don’t pull a Google Mic Drop.

The search giant seems to have done a better job with its other pranks today, along with other companies taking part in April Fools' Day fun. Check out this list:

Other than the disastrous mic drop, the tech giant rolled out some mostly harmless April Fools' jokes today.

There's the Google keyboard you can flick. Photos with the search giant can be sorted through using emojis and Google Inbox's Smart Reply is suggesting emojis rather than words. The explanation?

“Emoji do a better job of plumbing the emotional depths of one’s soul, so we’re optimistic that today’s update will encourage more open and honest email conversations,” Google says in an April 1 blog post. 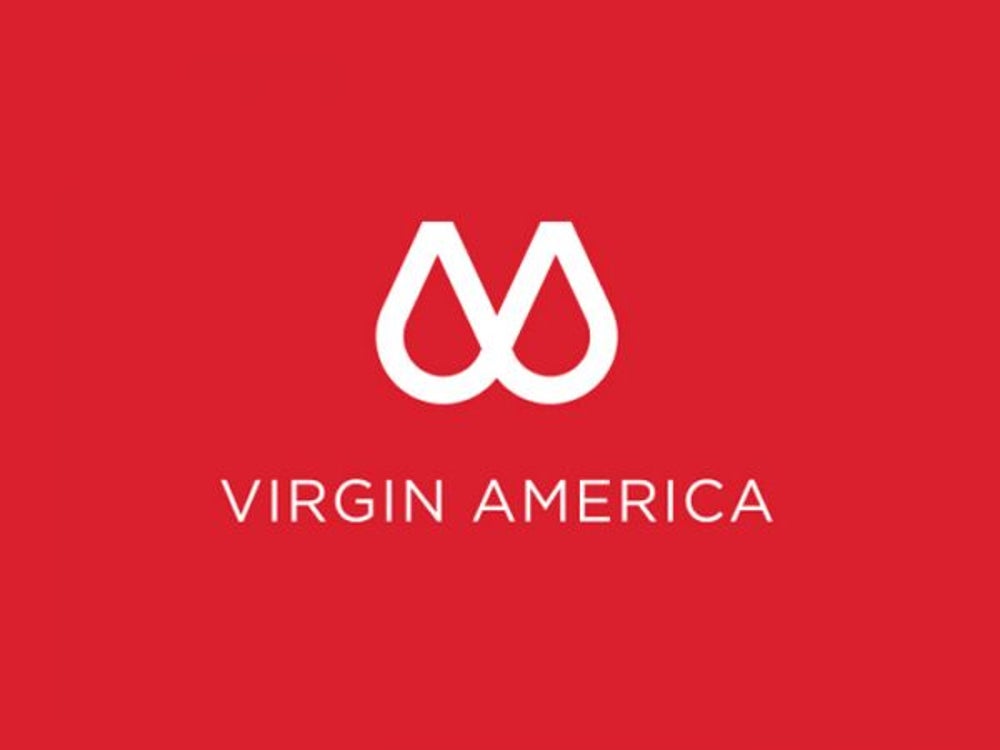 In a likely attempt to mock Airbnb's recent logo change, Virgin decided to celebrate today with a new fake logo that looks like a pair of breasts, or maybe a bra? 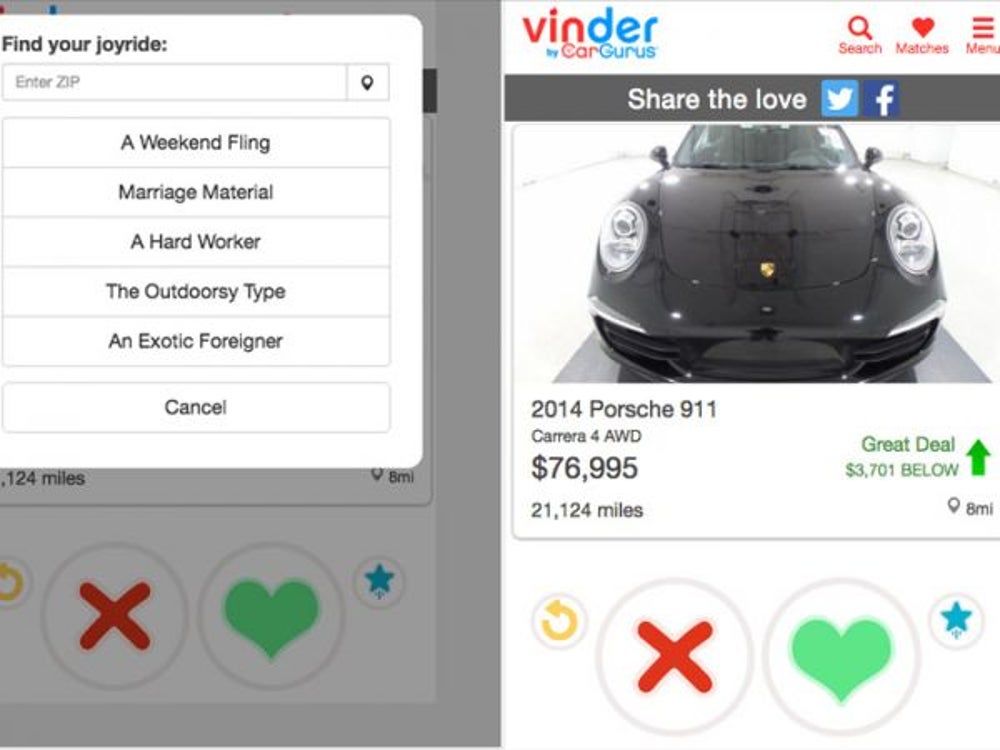 Love cars more than you love people but struggle just as much to find the one? Take a look at Vinder, a Tinder for cars created by CarGurus. The spin-off lets you swipe to find the automobile of your dreams.

The kicker? It actually works. 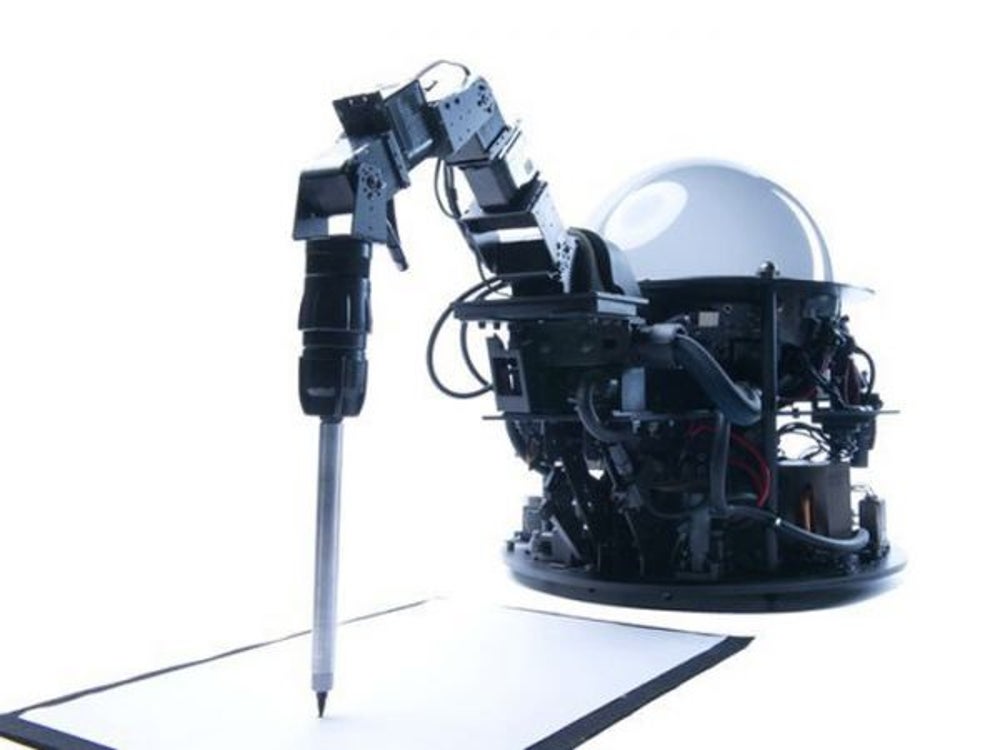 Running out of ideas? You can just do what this Japanese firm did and hire an AI bot as your creative director.

The machine will handle client accounts and creative direction for promotional tools, such as commercials. Its first endeavor? The genome project. 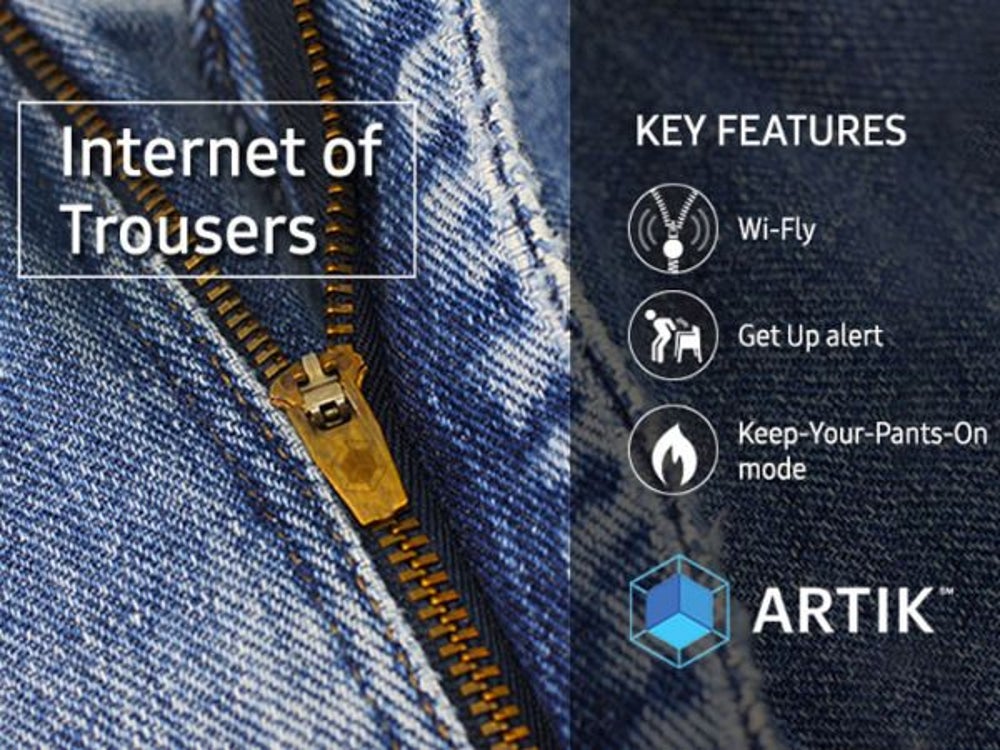 Why worry about smartwatches or even glasses when there’s such a thing as smart trousers?

Samsung’s Internet of Trousers feature Wi-Fly, a get up alert, a keep-your-pants-on mode and even a fridge lock to help you prevent overeating.

Basically, it's a pair of paints to help with work, health and your love life. 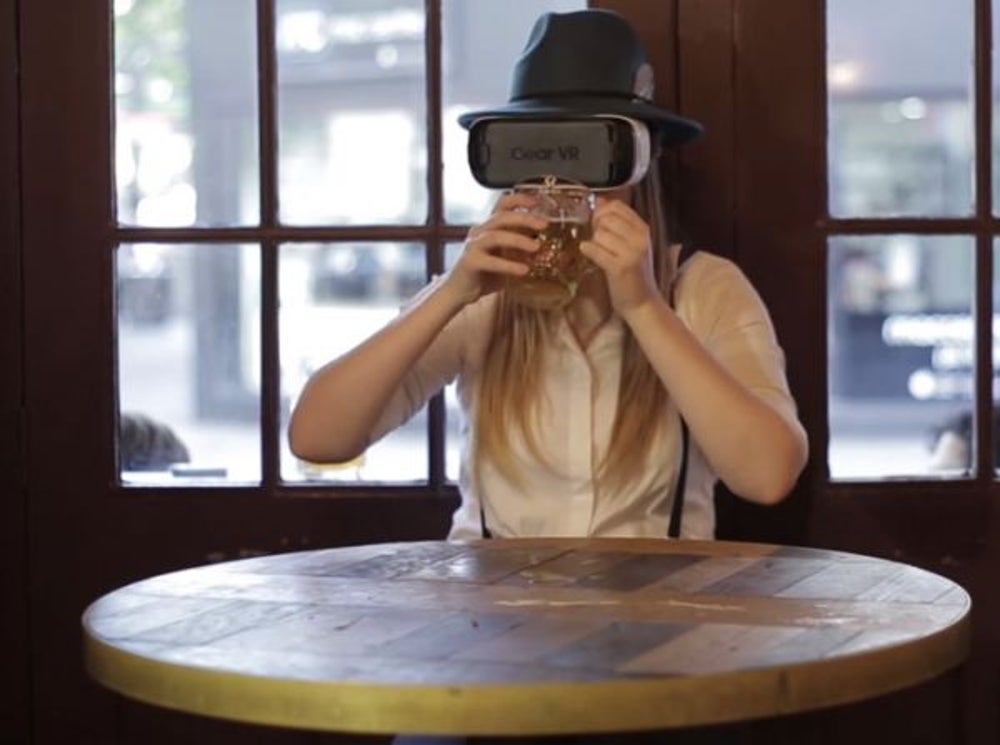 Love to travel, but not sure you want to part ways with your couch or your wallet?

Contiki’s got you covered with its new Virtually Unlimited Trips, able to take you around the world in the safety of your own backyard or local pub. Using virtual reality, the possibilities are endless. 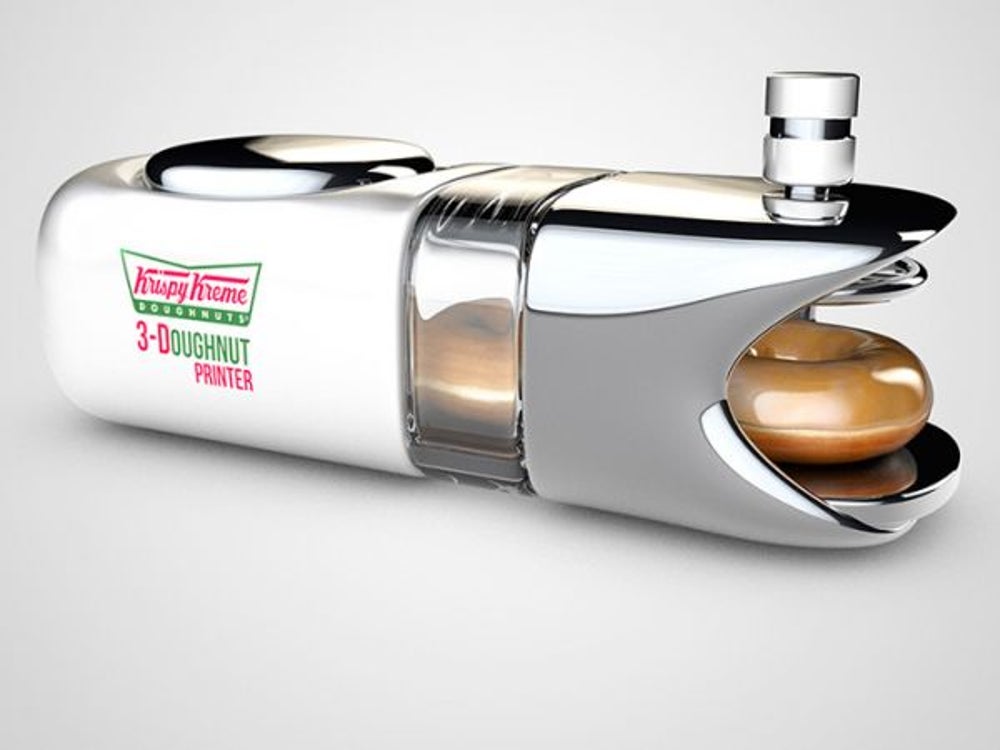 Sometimes you just want to give science the most epic of all high fives.

After Krispy Kreme Australia (jokingly) released a 3-D printer to create your own glazed piece of heaven, this is certainly one of those times.

To create your own 3Doughnuts, the printer even comes with 12 pods of the franchise’s masterful glaze from above. 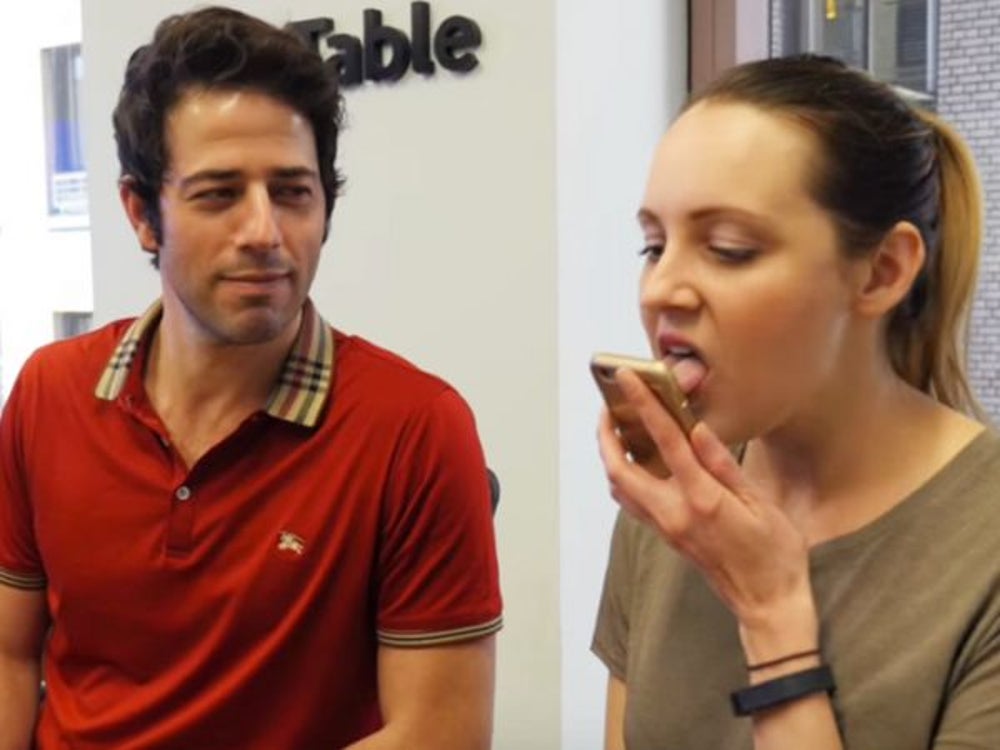 You’ve heard of scratch and sniff, but what about touch screen and lick?

Thanks to OpenTable, tasting is believing as customers can now find a tasty (as pie) photo and lick it for a try. Don’t worry, the company insists that it’s safe. 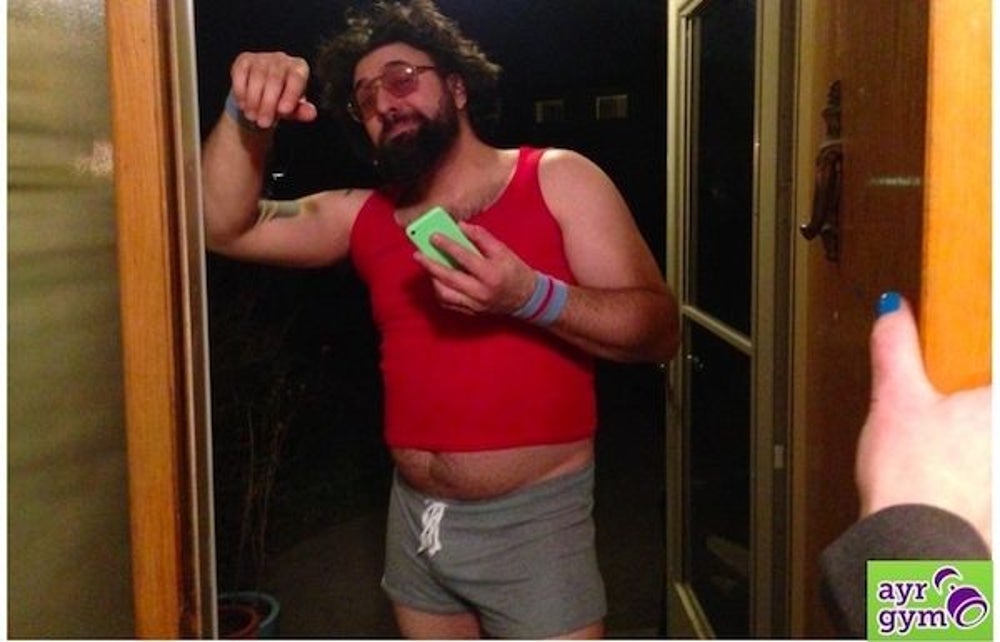 Want to work out but can't afford a gym membership? Anytime Fitness has a solution -- a new application called AyrGym.

Like an Airbnb for your fitness supplies, including that never used tredmill or weight-set in the garage, make a listing and allow folks to visit and rent them out for an hour or two.

Though we're glad this one isn't real, if it were, there would probably be a few people who would actually use it.