10 Nonprofits Changing How We Live, Dream and Help One Another

If you’re ever in need of inspiration, check the nonprofit sector. These groups dedicate themselves to solving problems big and small -- and making the world a better place in the process. They prove that anything is possible if we share our resources and expertise. Over time, our simple gestures can transform into long-lasting opportunity, prosperity and empowerment for others. 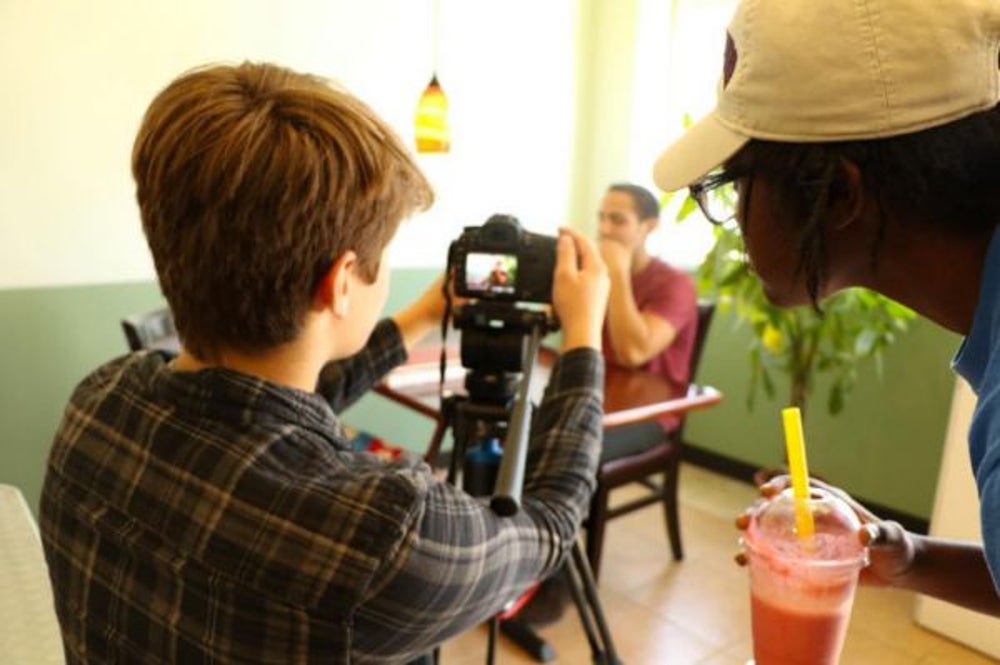 Diverse storytelling needs diversity storytellers. To that end, Ghetto Film School provides pre-professional film training to young people, helping them write, produce and edit short films and commercials. Based in the South Bronx, New York with a second location in MacArthur Park, Los Angeles, the organization features a range of experiences, including the nation’s first and only film high school, as well as after-school programming and a production company that supports its alumni network. The 16-year-old organization attracts support from established filmmakers, including Spike Lee and Sara Bernstein, who have served as guest lecturers. Donations from 21st Century Fox, AT&T, CBS and Google, among others, have helped keep the program free for all participants. 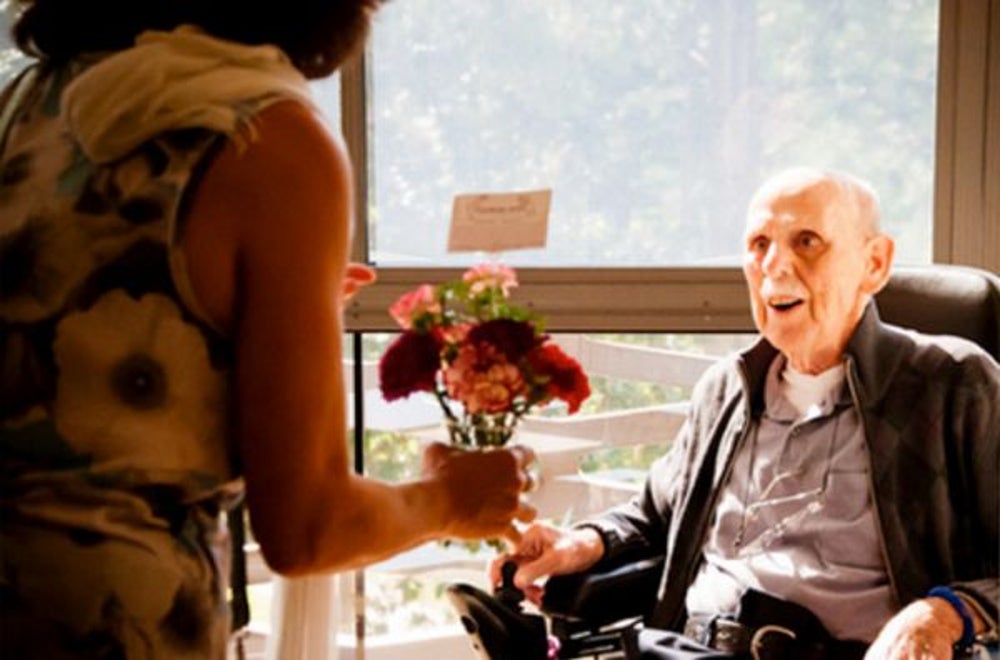 From bouquets leftover from weddings and funerals to excess supply at grocery stores and florists, Random Acts of Flowers sees any onslaught of petals as an opportunity to make someone’s day. Founded in 2008, the organization recycles floral arrangements, first bringing them to a central facility to refresh and rearrange them. Then, volunteers visit local healthcare facilities and surprise patients who lack a support network and would not otherwise receive flowers. As of 2015, the nonprofit had delivered more than 70,000 bouquets to people in four cities, meanwhile keeping vases out of landfills. 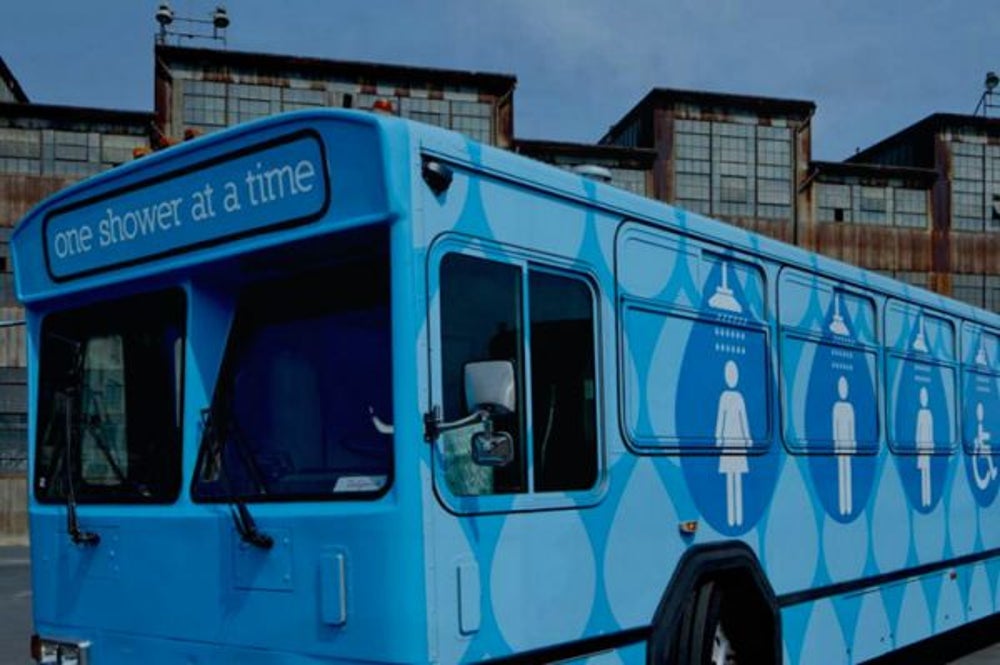 For people experiencing homelessness, bathing is a luxury. But San Francisco-based Lava Mae recognizes cleanliness as a matter of dignity -- and sanitation as a basic human right. Founded by private citizens after hearing a homeless women crying that she would never be clean again, the project operates three buses that serve as mobile showers. Lava Mae refers to the people it serves as guests and makes a priority of learning their names and their stories. The project provided 3,500 showers to 1,200 people in its first year (June 2014 to June 2015). Since then, other cities have expressed interest in establishing similar programs, and Lava Mae’s founder hopes to serve 30,000 people in California by 2020. 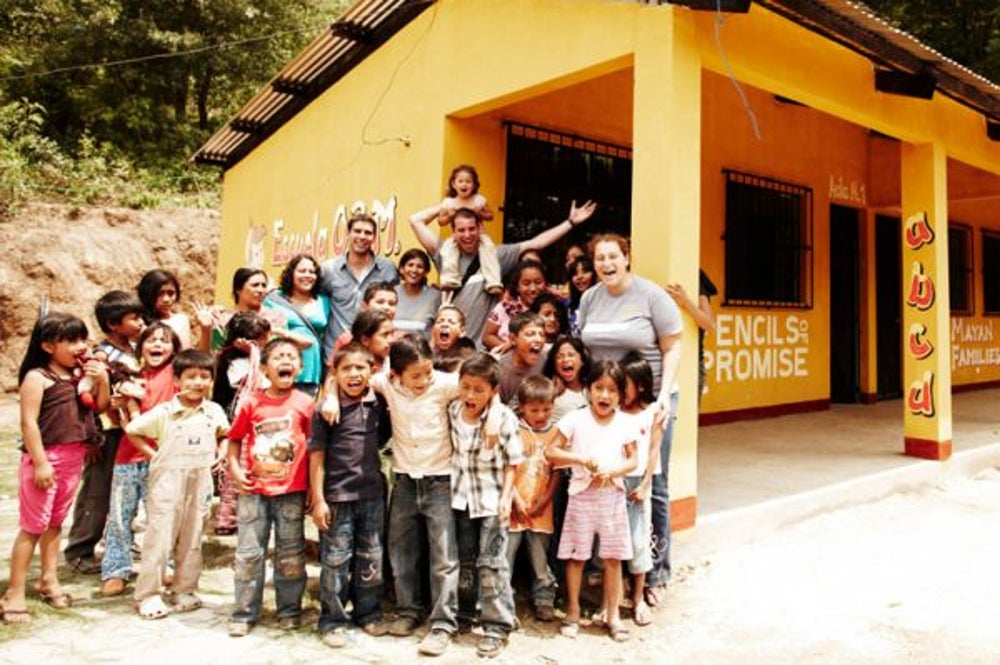 In developing countries, many children do not receive an adequate education. Teachers may not be qualified or may receive irregular pay from governments, schools may be overcrowded or families may not be able to afford private options, even when fees are low. Pencils of Promise works to change that by building schools, providing teacher support and offering health programs and scholarships for students.  Students receive e-readers filled with books and other educational activities and resources, both in English and the child’s local language. Last year, the program served nearly 35,000 students and broke ground on 71 schools in Ghana, Laos and Guatemala. (The organization also maintains 20 schools in Nicaragua.) 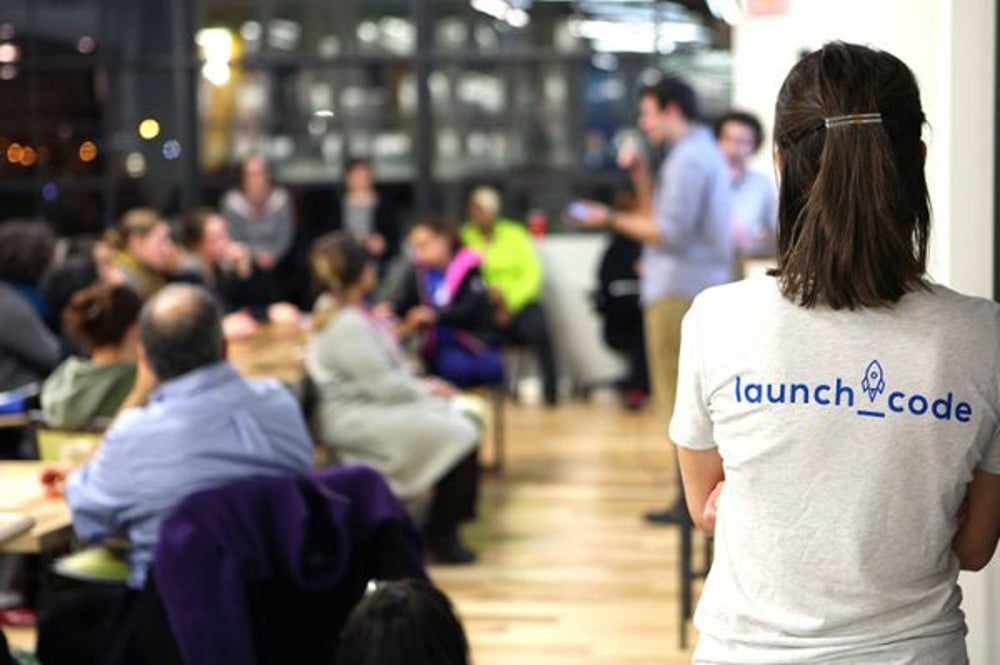 LaunchCode’s mission is to solve two problems with one program: unemployment and the existing tech talent shortage. To do so, the organization partners with more than 300 companies to offer apprenticeships in technology, prioritizing motivation and technical skills over credentials or past experience. The LaunchCode process includes an interview and test, mentorship placement and connections that lead to employment opportunities, whether a person is a self-taught programmer or has an advanced degree. Ninety percent of apprentices end up staying on with the company they are placed with, and as of September 2015, LaunchCode had placed more than 250 people. 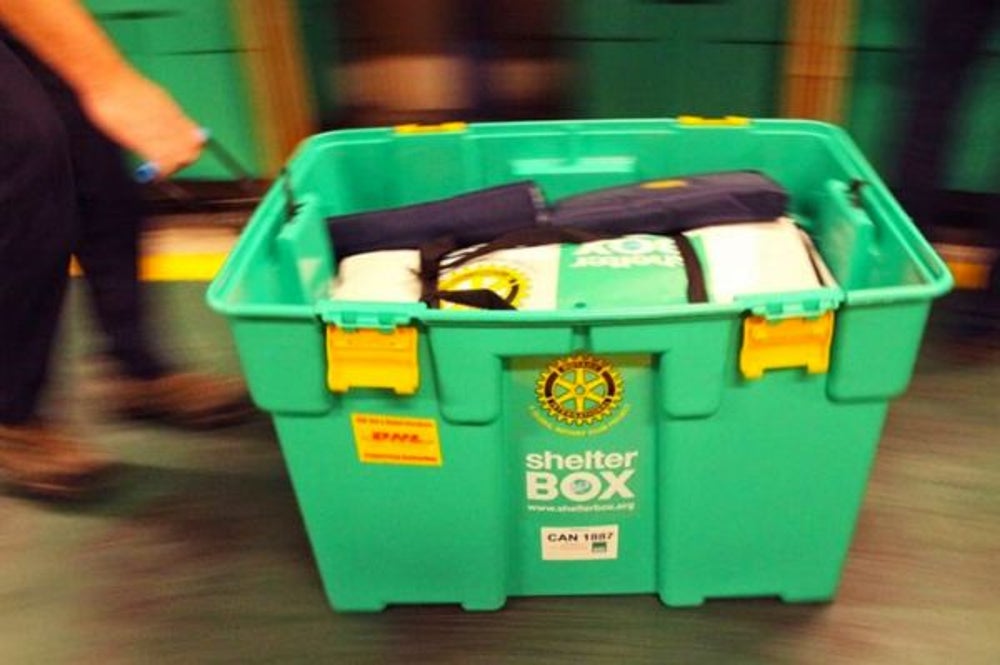 In times of unimaginable disaster or crisis, it’s impossible for communities to recover without a helping hand and an extension of resources. Understanding the need for a safe place to rest, ShelterBox USA offers emergency shelter for families in who have lost everything. In most cases, ShelterBox provides a family-size tent, thermal blankets and groundsheets, water storage and purification equipment, solar lamps, cooking utensils, a tool kit, mosquito nets and children’s activities. Since it was founded in 2000, the organization’s responded to 240 disasters and humanitarian crises in more than 90 different countries. To provide low-cost, rapid relief, Shelterbox collaborates with aid agencies, governments, airlines and logistics companies. 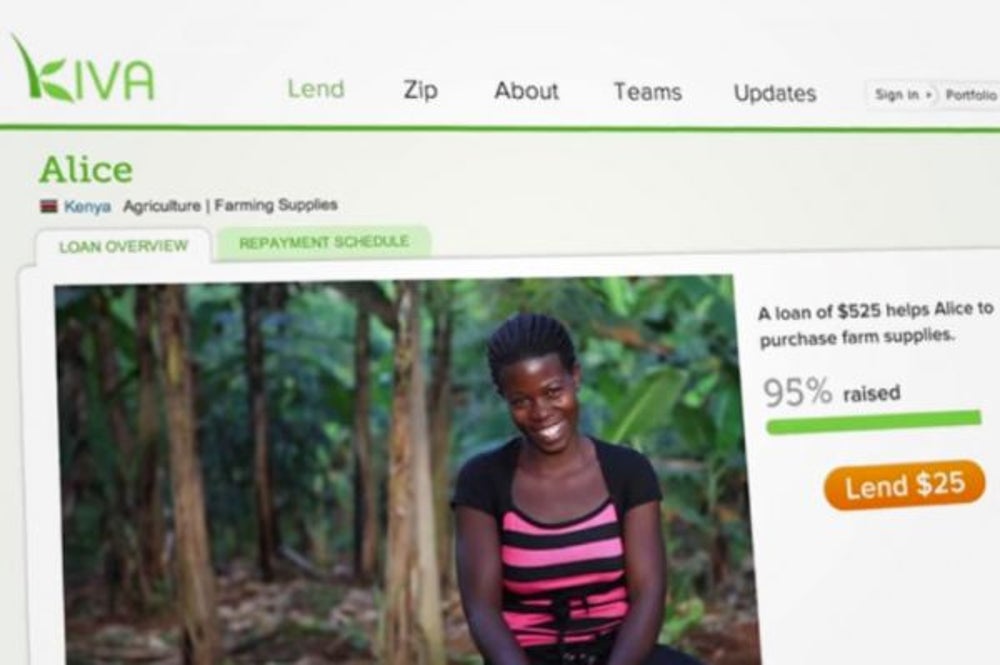 Taking advantage of the power of the internet, Kiva is a crowdfunding platform through which people can offer small loans -- even just $25 -- to help those with limited resources or opportunities prosper. Since 2005, 1.4 million Kiva lenders have crowdfunded more than $850 million in loans for recipients in 86 countries, which they put toward materials necessary for launching businesses, attending school or otherwise improving their livelihoods. Anyone can pitch in, and because Kiva facilities loans, not donations, crowdfunders on Kiva receive their money back 98 percent of the time. To keep Kiva running and assisting 4,000 borrowers each week, the organization itself collects donations. 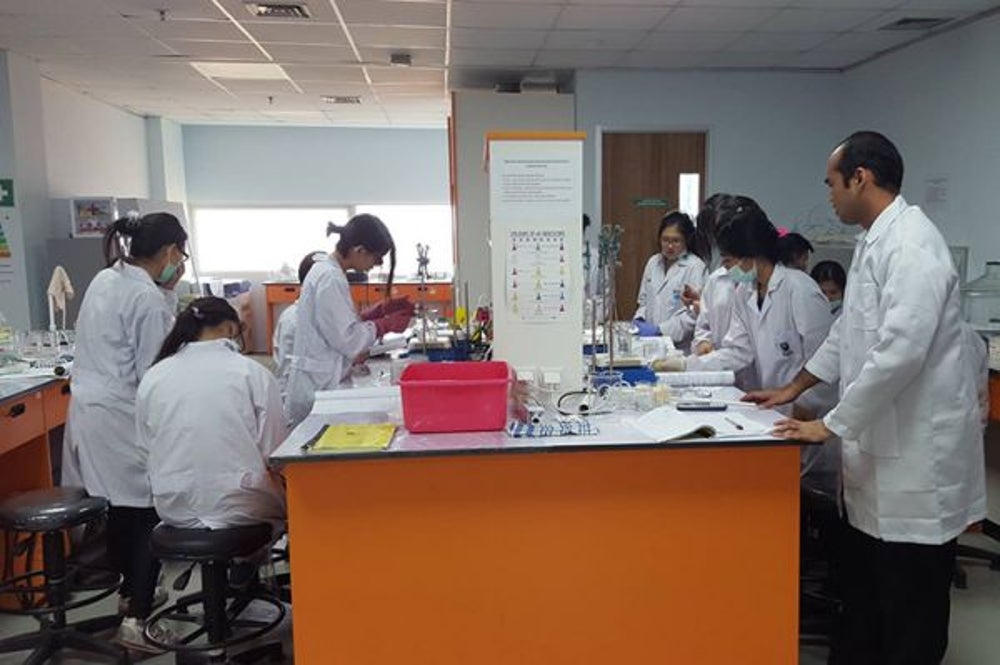 The scientific community is global, but many of the world’s scientists don’t have the knowledge, resources or connections to tackle big questions or participate in an international dialogue. As a result, many people end up leaving their home countries and seeking opportunities abroad. Yet every community has individual needs that require scientific troubleshooting, and the next global breakthrough could happen anywhere. All of these facts drive Seedling Labs to organize the tools and training necessary to foster scientific education and investigations in developing nations. The Boston-based organization worked with some of the world’s most promising minds, having sent 93 tons equipment, provided $3.2 million worth of supplies and helped scientists from 37 institutions since 2003. 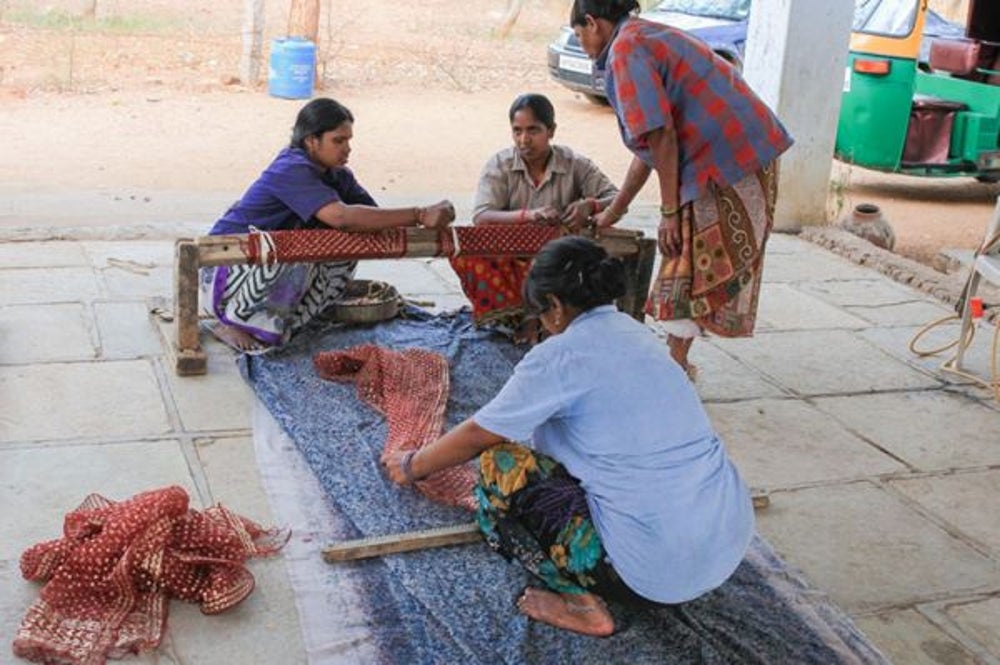 Often, people don’t realize that many of the items they use every day, from clothes to home decorations, were handmade by artisans all over the world. Though handcrafting is the second largest employer of women in developing economies, they continue to be taken advantage of and underpaid. Nest views these women’s skills as an opportunity for them to build themselves up, share their products and bolster their income. The organization offers artisans short-term, targeted support to reduce poverty, empower women, honor timeless cultural traditions and make artisans self-sufficient business owners in the long run. In 2015, the number of artisans Nest has helped grew to more than 6,000 people. 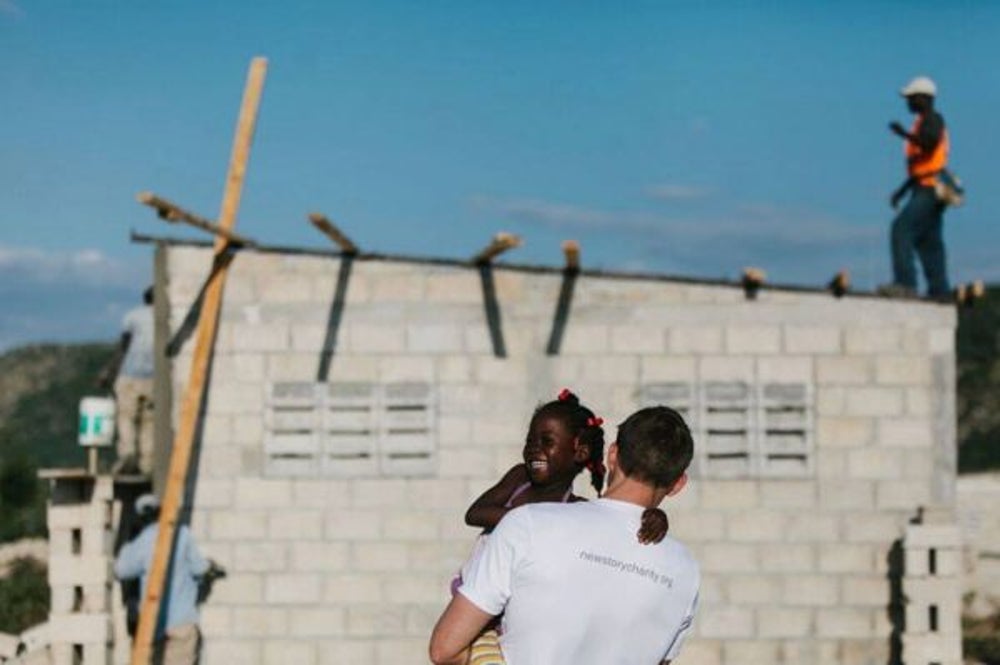 We make donations to communities in need. We want to help, but who are we helping? Where is the money going? Will a small amount make a difference? New Story understands that people are more motivated to provide support if they know the answers to these questions. The organization offers complete transparency in the process of building new homes for those in need and produces a video about each family it assists. In Haiti, its crews built 151 homes for 755 people with the help thousands of donors. Next, New Story is hoping to do the same for 90 families in an El Salvadoran village.

How Online Tools Can Help Your Nonprofit Survive COVID-19

3 Nonprofit Funding Avenues All Founders Should Know About

The Founder of Charity: Water Had to Change His Mindset Before He Could Change the World

3 Tips You Can Use to Start, Fund and Run a Nonprofit