The 10 Most Pet-Friendly Cities in America

Where our pets thrive, we thrive.
Next Article

While millennials are delaying adulthood milestones such as purchasing a house or having children, they are surpassing their elders in one very important category -- pet ownership.

In fact, people between the ages of 18 and 33 are half as likely to be married as they were 50 years ago, according to Pew Research Center. On the other hand, 75 percent of people in their thirties have dogs -- compared with half of the total U.S. population -- and the pet industry is thriving because of it.

It’s estimated that the industry will reach $62.75 billion by the end of this year after more than two decades of steady growth. (This won’t surprise those of you who already have a Halloween costume planned for your pet.)

Related: 6 Reasons You Can't Go Wrong With the Pet Industry

We love to shower our pets with affection, bring them along on our outings and provide them with the best care possible so that they’ll live long, happy lives. That’s why financial advising site WalletHub analyzed the 100 largest U.S. cities to determine which offer the ideal combination of affordable pet expenses, abundant pet health and wellness resources and outdoor pet-friendly spaces.

If you’re planning to move now or in the future, check out the best cities for your furry (or slimy) friends. 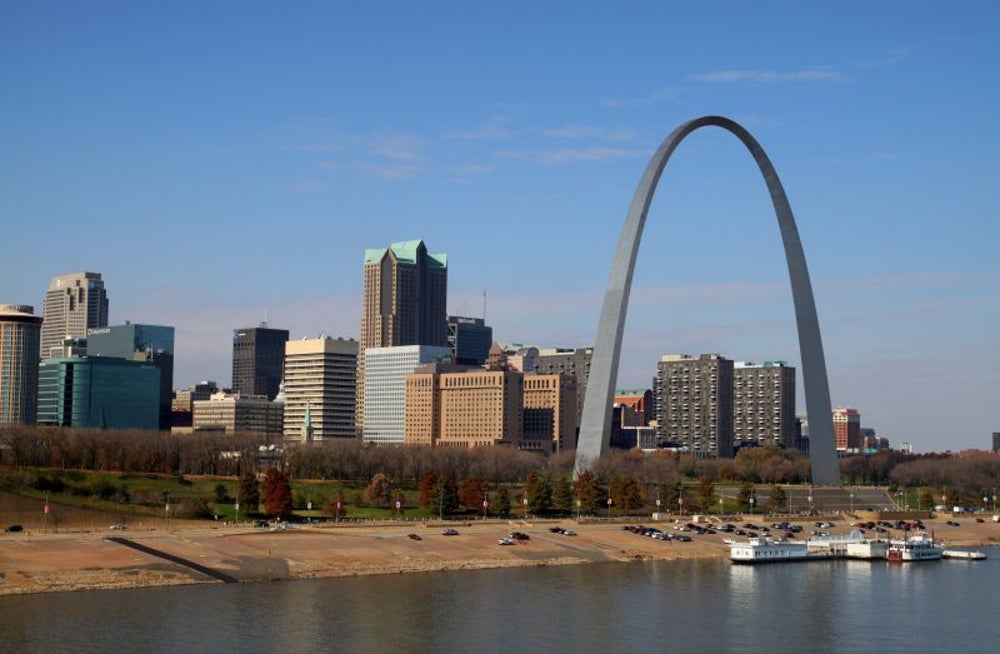 St. Louis is the 10th most pet-friendly city (because let’s be honest, nobody wants to go to Forest Park alone). If you don’t already have a furry friend -- or if you’re looking to adopt another -- St. Louis is tied for having the most animal shelters per capita among the 100 cities analyzed.

The Gateway City is also ranked 15th for pet health and wellness and 17th for outdoor pet-friendliness. 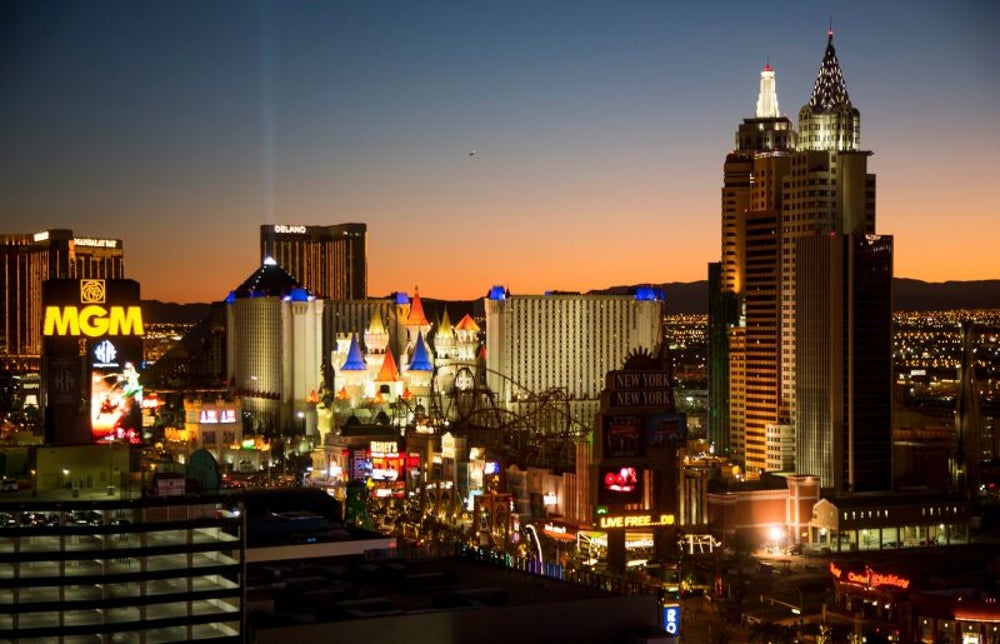 Las Vegas comes in ninth in the ranking of pet-friendly cities. It has 12 dog parks and warm weather year-round, both of which contribute to its eighth-place ranking in the outdoor pet-friendliness subcategory. In fact, it’s tied among cities with the most dog parks per capita.

Sin City also ranks 18th for pet health and wellness. Oh, and don’t worry about where you’re going to find that cute costume for your kitty -- Las Vegas is tied for having the most pet businesses per capita. 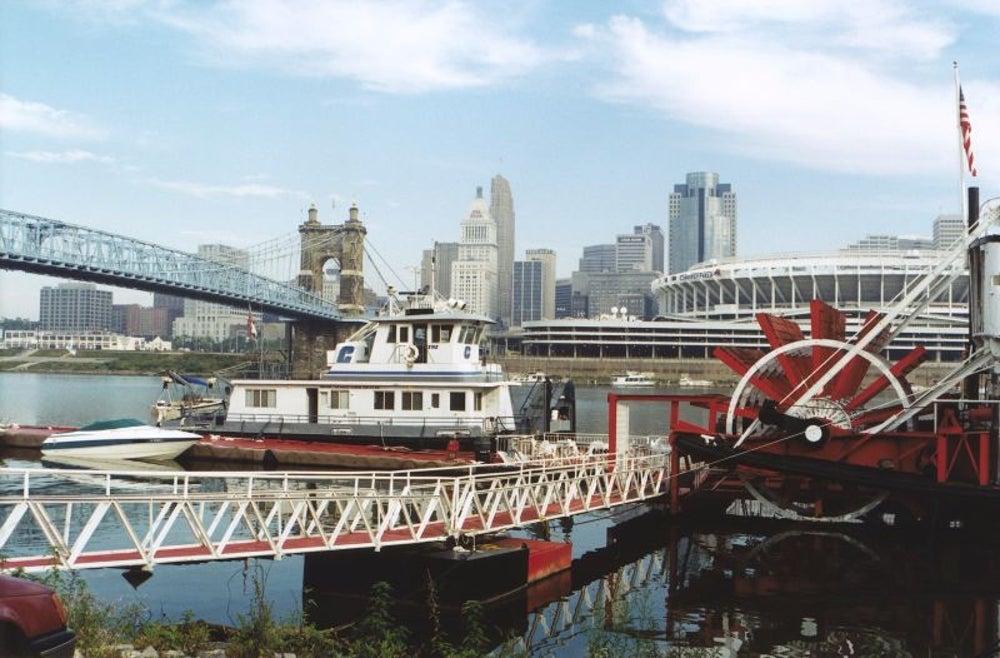 Cincinnati falls eighth on the list of most pet-friendly cities. It’s second for number of veterinarians per capita, it’s tied for having the most pet businesses per capita and it ranks strongly (12th) in the pet health and wellness subcategory.

Plus, it won’t break the bank to adopt that cat you’ve been eyeing on the adoption agency website, because Cincinnati sits in 20th in the pet budget ranking. 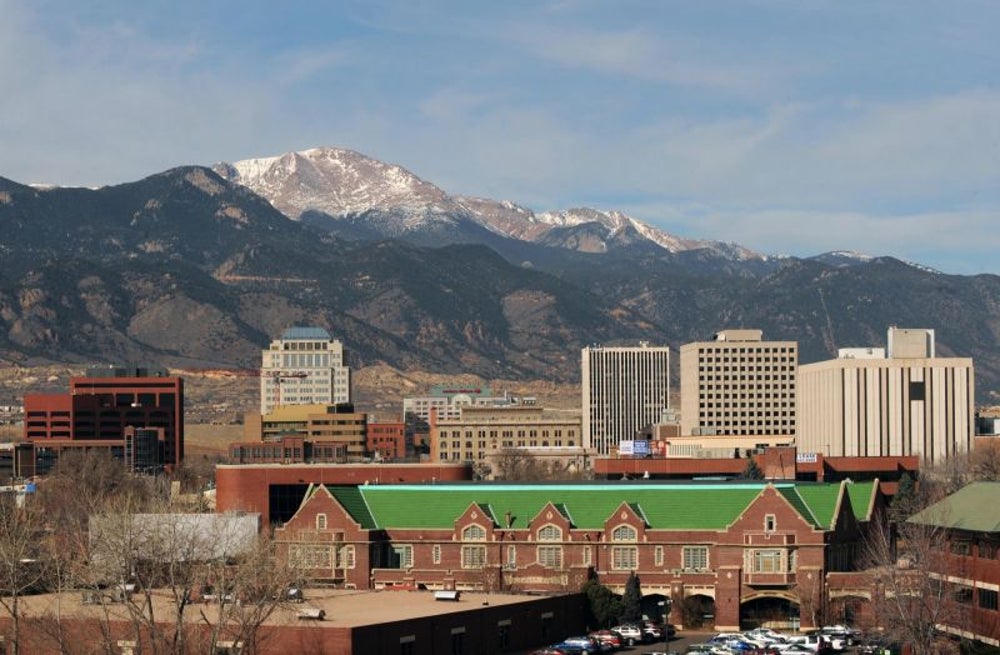 Colorado Springs is home to the beautiful Rocky Mountains, and there’s nothing better than exploring them with a pet (cats can be outdoor enthusiasts, too). This is why Colorado Springs comes in seventh for overall pet-friendliness. It’s also the second most outdoor-friendly city for pets, and it’s 19th in the pet health and wellness subcategory.

Related: 9 Business Ideas for People Looking to Cash in on the Marijuana Boom

The price of owning a pet in Colorado Springs falls right in the middle of the pet budget ranking at 49th (out of 100 cities). 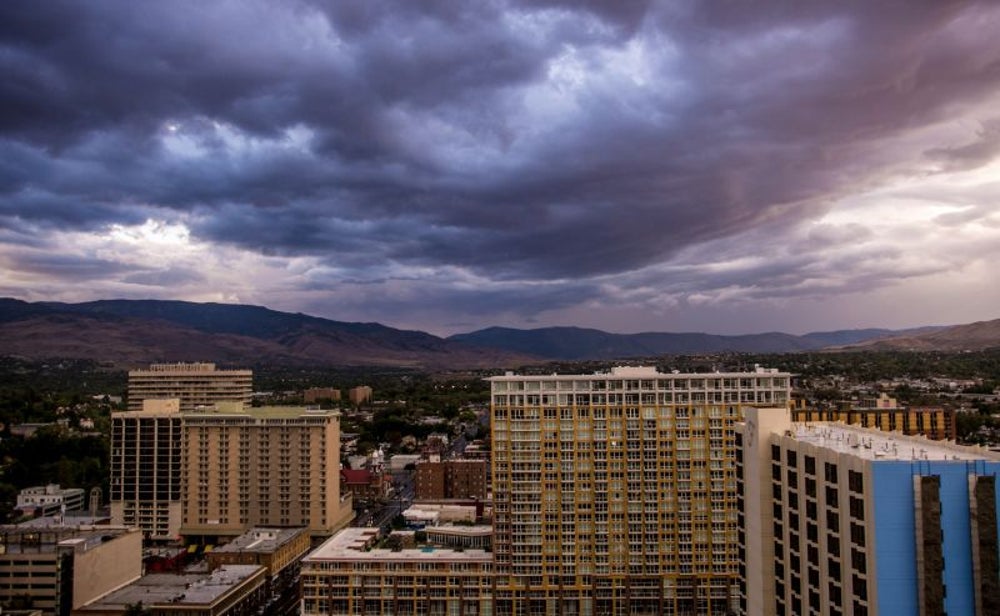 Reno falls sixth on the list of most pet-friendly cities. It’s not only home to many parks and trails, but it’s also located a little over an hour from Lake Tahoe, a perfect adventure location. Nobody wants to make that trip without a companion.

Reno ranks fourth for pet health and wellness and 31st for pet budget, so man’s (or woman’s) best friend will keep your heart and your wallet full. 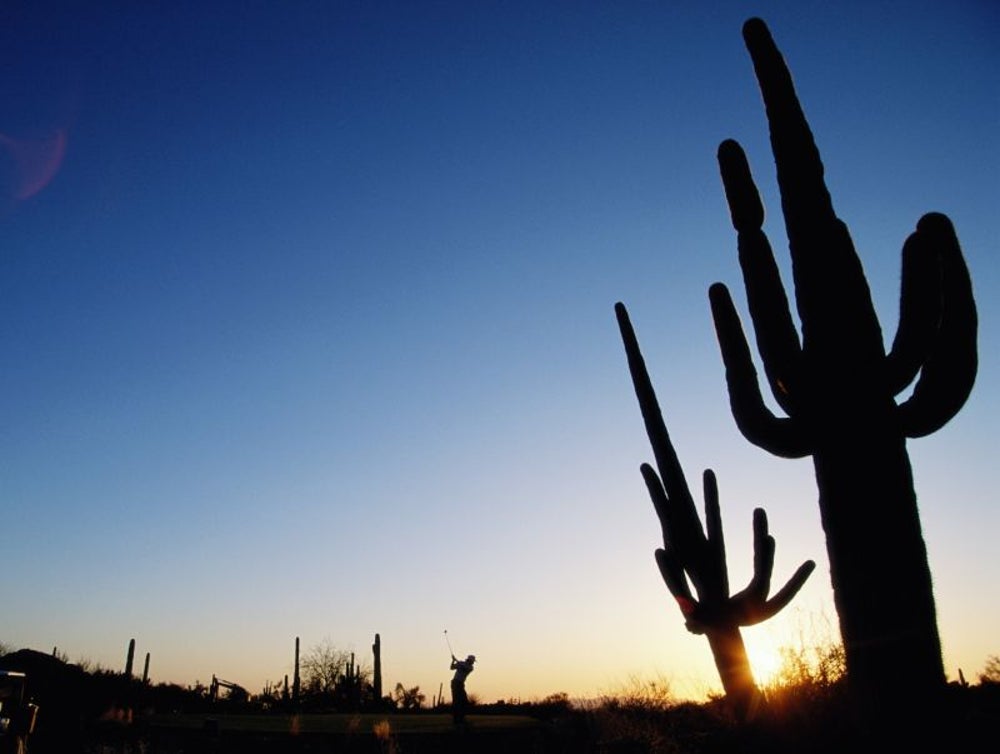 Scottsdale, the fifth most pet-friendly city, is another town that allows for sunny walks year-round. It also shares the top spot for both number of pet businesses and number of animal shelters per capita.

Arizona’s seventh most populous city ranks first for pet health and wellness out of the 100 cities analyzed. And compared with the other cities in the top-10 ranking, Scottsdale makes it a little more expensive to own a pet, coming in 79th in the pet budget subcategory. 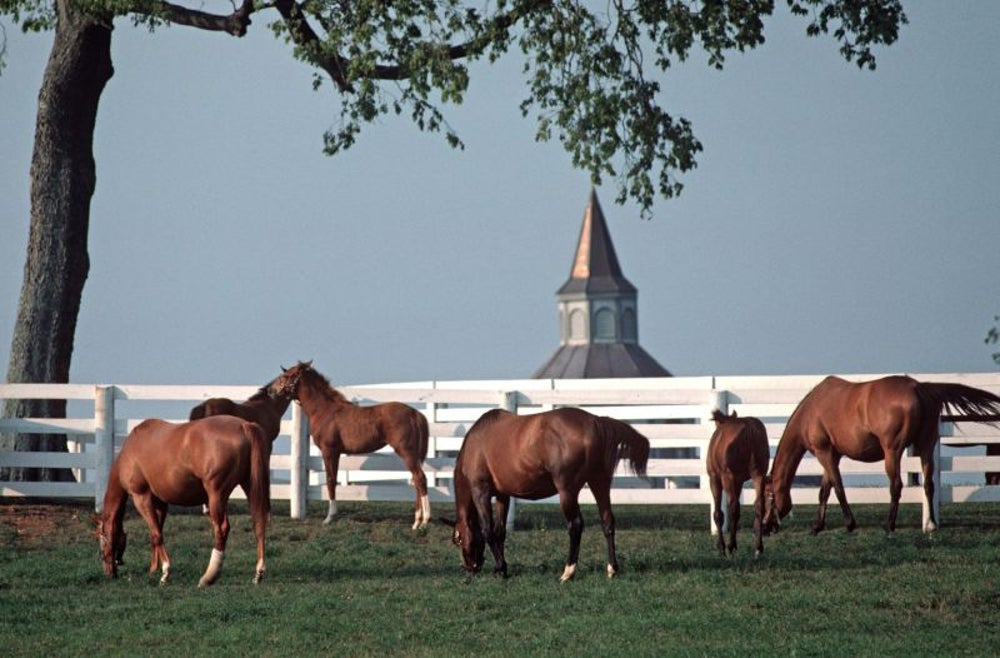 Lexington falls fourth on the list of most pet-friendly cities. You can bet that the Kentucky horses are spoiled here -- and healthy. Lexington comes in third for number of veterinarians per capita.

The city also ranks third in the pet health and wellness subcategory and seventh in the pet budget rank. 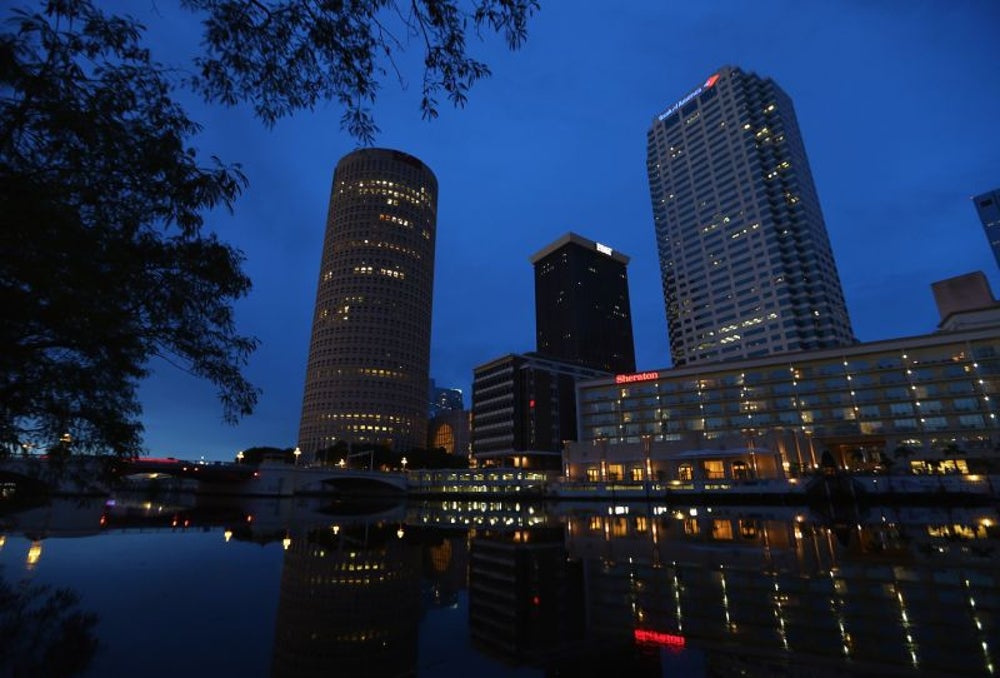 Florida has two cities in the top three spots, Tampa being the third most pet-friendly city. Tampa is another city that provides warm sunny days year-round, and like Las Vegas, the city is tied for having the most dog parks per capita. It ranks fourth in the outdoor pet-friendliness subcategory.

Tampa also ranks 10th on the pet budget list, so you’ll have some extra cash to shower your furry or slimy friend with toys and treats. 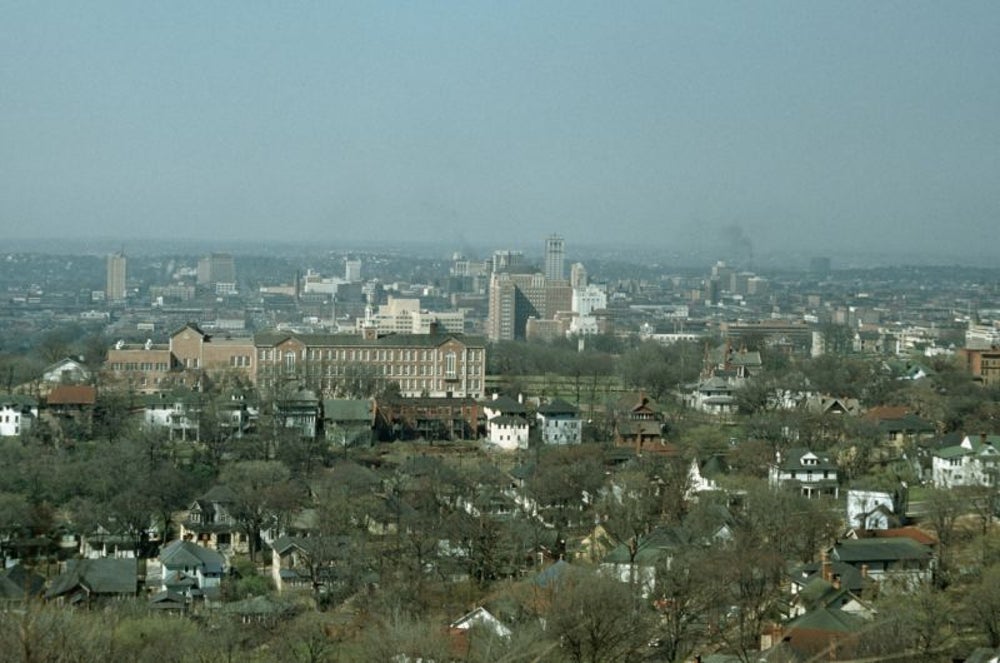 The city also sits in seventh for pet health and wellness, and it has the fourth-highest number of veterinarians per capita. As for outdoor pet-friendliness, Birmingham ranks 26th. 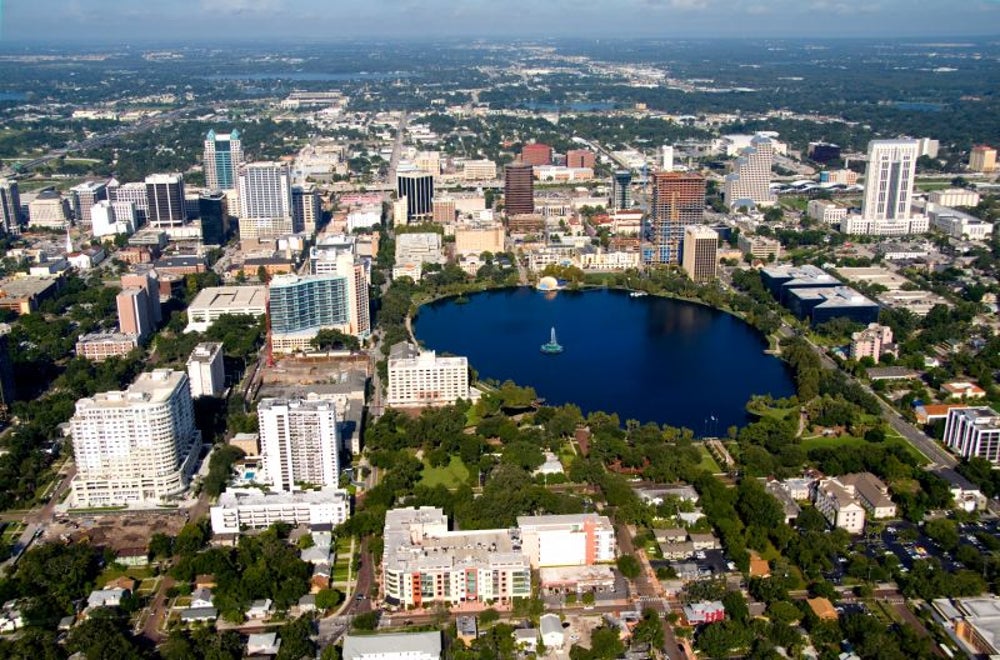 Orlando takes the cake (or should we say the bone?) for the most pet-friendly city in America. The City Beautiful, as it’s nicknamed, offers many sunny days for pleasant car rides or walks.

Orlando also ties for most animal shelters per capita and the most pet businesses per capita. It comes in fifth for number of pet-friendly restaurants per capita. Ranking number two in the pet health and wellness subcategory, Orlando has more veterinarians per capita than any other large U.S. city.

Looking for Pet Insurance? Lemonade Has Plans Starting as Low as $10 a Month for Dogs and Cats.

PHOTOS: They rescue the dogs Spay and Spike, who fell in the sinkhole of Puebla

These little hills want to reach the pines ... of your house. Meet the candidates of the Mexican Adoption Party (PAM).

This Distillery Has Hired a Dog to 'Sniff Out' Whiskey Imperfections

Meet Any, the 'Doggie Eats' delivery dog who works to help a tenderloin shelter