The Crazy Numbers Behind Netflix's 20 Years of Success

A well-timed pivot led the way to monetary success and critical acclaim.
Next Article

It’s been an exciting few years for Netflix. On Aug. 29, 2017, it celebrated 20 years since its founding. And April 14, 2008 saw another milestone -- two decades since it officially opened for business.

The company started with a little more than 900 movie titles and has evolved since into a algorithm-driven powerhouse with more than 70,000 different “microgenres,” from international rom-coms to dramas with strong female leads.

By 2007, the company had launched its streaming video service, which allowed it to expand beyond its initial premise of DVD rentals by mail, charting the path for its current pop cultural dominance, even putting tech behemoths including Amazon on notice.

Related: 12 Documentaries on Netflix That Will Make You Smarter About Business

In 2017, Netflix brought in more than $11 billion in revenue and had its first full year of turning a profit in international markets. Back in the states, the company now has 125 million subscribers.

Netflix isn’t just profiting monetarily, but creatively, particularly in the world of TV. In recent months, prolific showrunners Shonda Rhimes and Ryan Murphy were brought into the fold with a $100 million four-year and a $300 million five-year deal respectively.

The streaming service also has some big expectations for 2018. Netflix plans to spend between $7 billion and $8 billion on content -- a $1 billion to $2 billion increase from 2017 -- and is planning to release 80 original films, leaping ahead of movie studio competitors like Sony and Disney.

On its 20th anniversary, here’s a look at Netflix by the numbers. 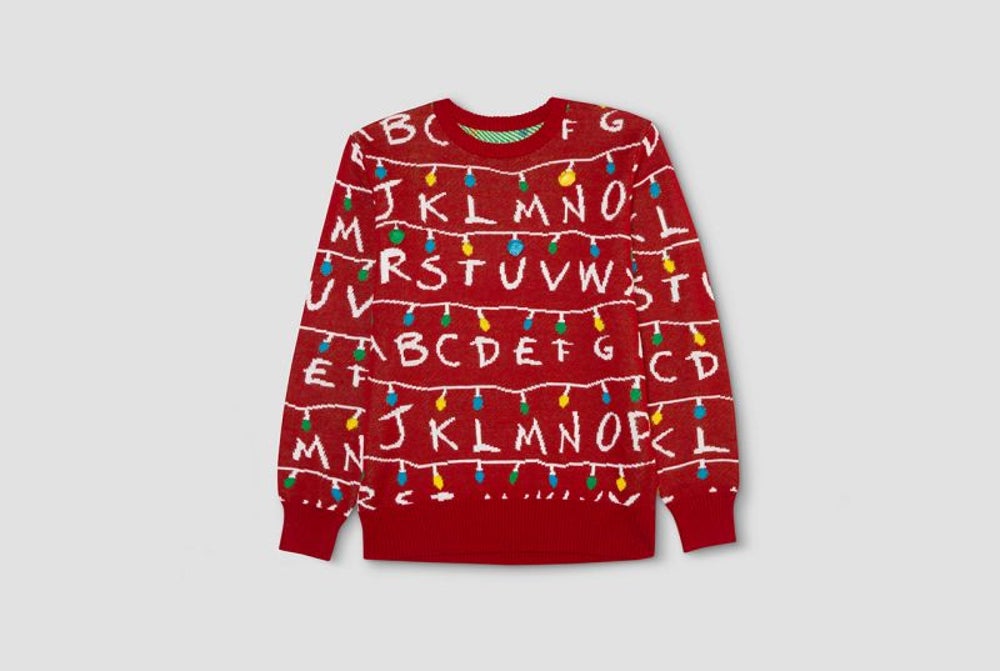 Image credit: Target
Reed Hastings wore a Stranger Things themed ugly sweater during an earnings call in November 2017. You can purchase the Stranger Things sweater at Target for $32.99. 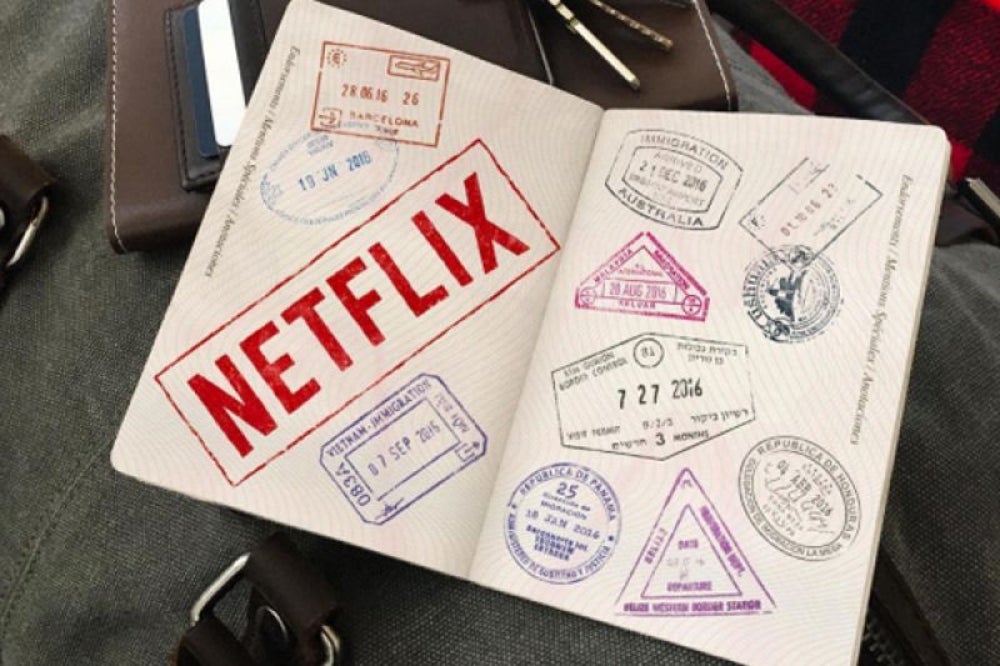 Netflix has 125 million subscribers around the world. 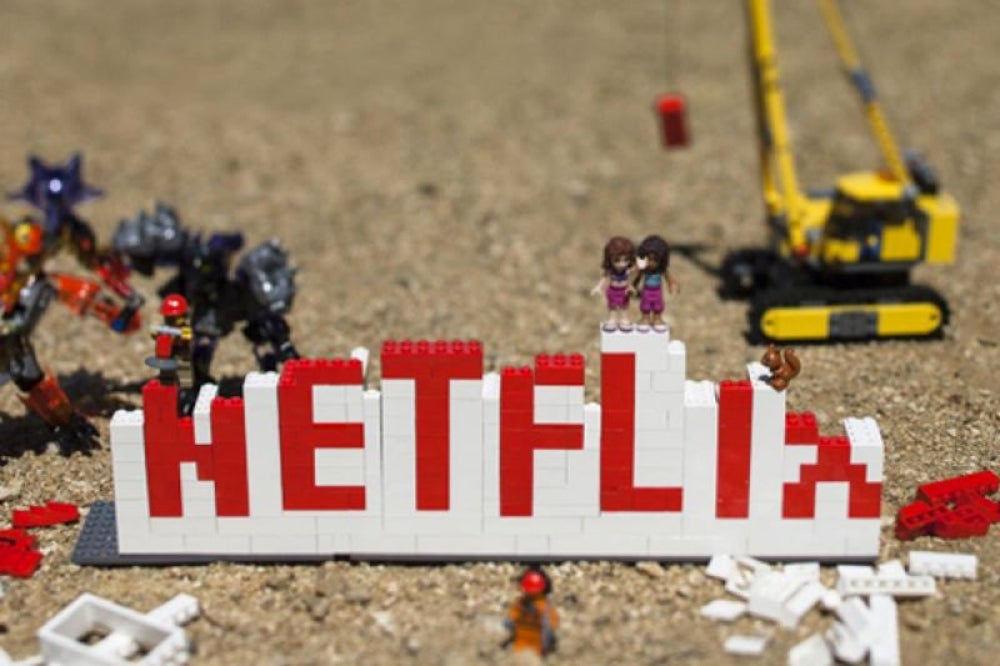 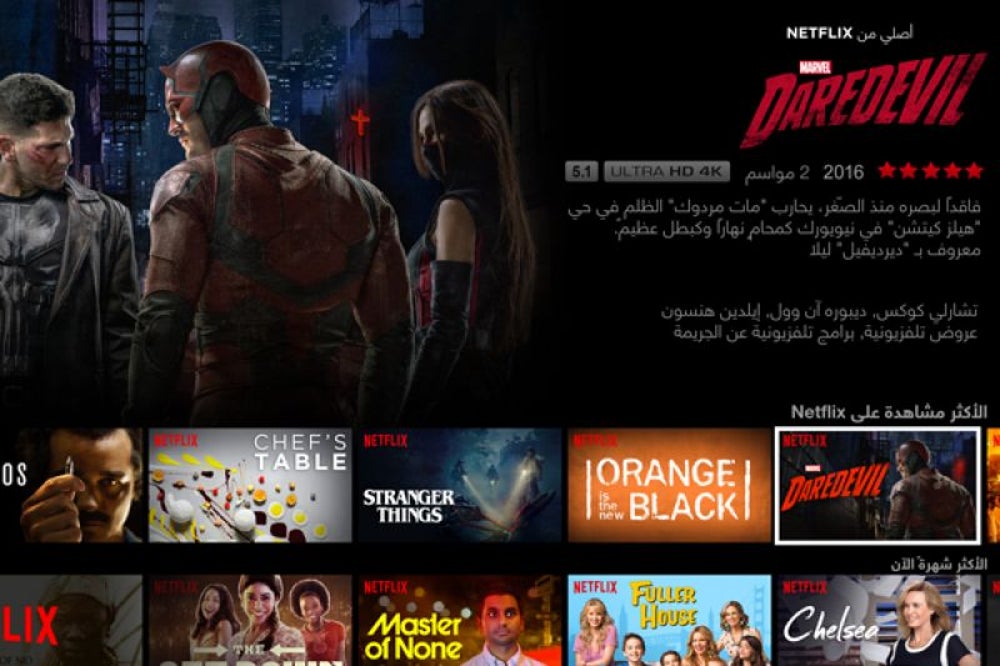 The service is available in 21 languages.

That's a lot of data 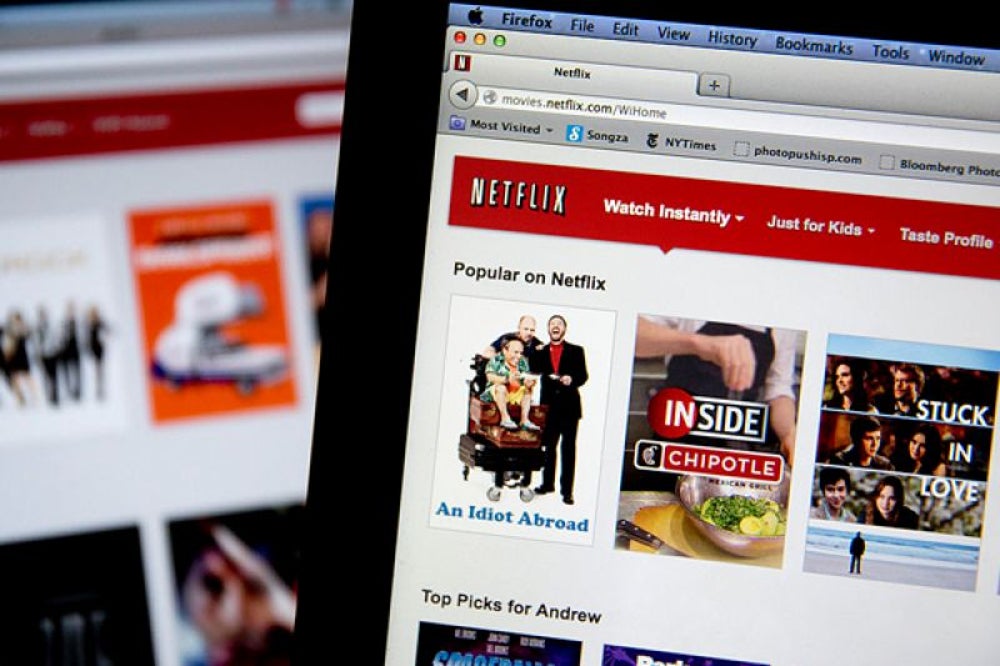 Netflix made up nearly 37 percent of all internet traffic in North America in 2015. 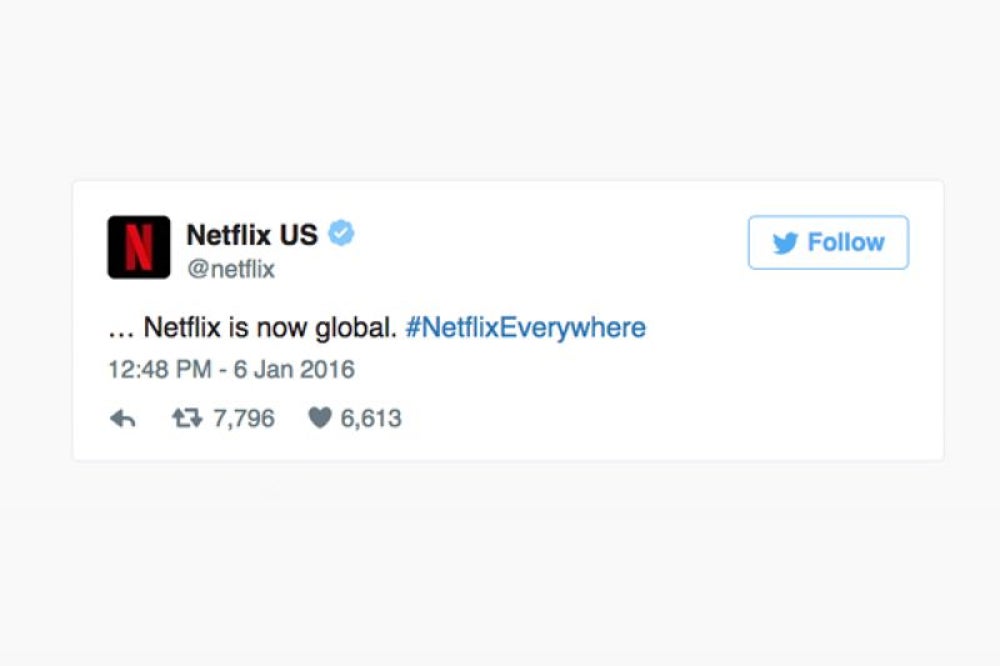 It is currently available to users in 190 countries. At the start of 2016, the company added 130 to the 60 it was already serving.

Got to spend money to make money 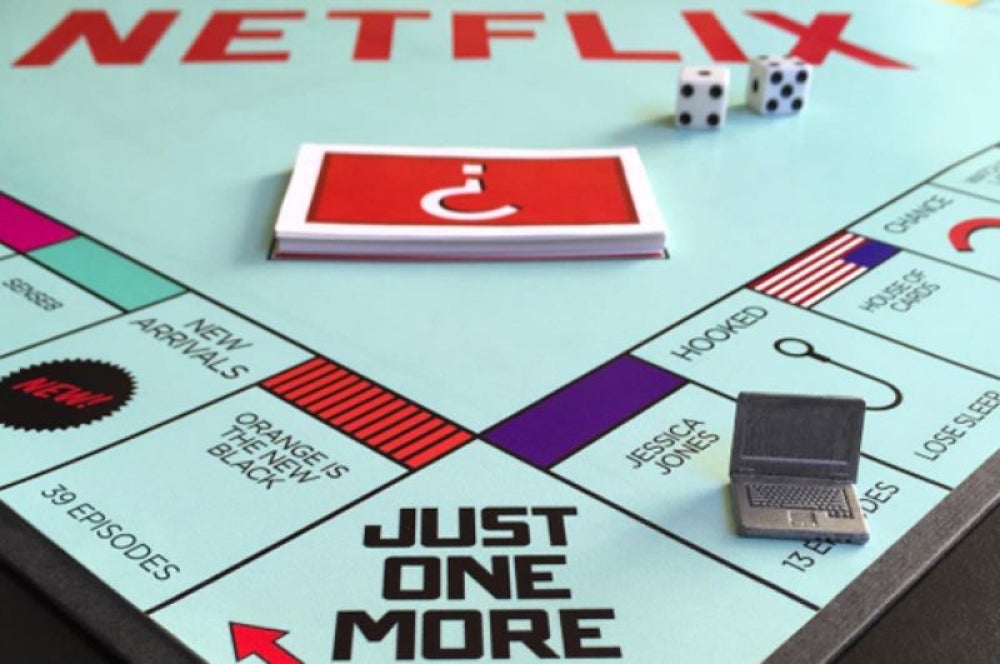 As of last year, the company reportedly spends $6 billion a year on developing new series.

Related Video: Why Beacon Wants to Be the 'Netflix' -- and Not the 'Uber' -- for Private Aviation 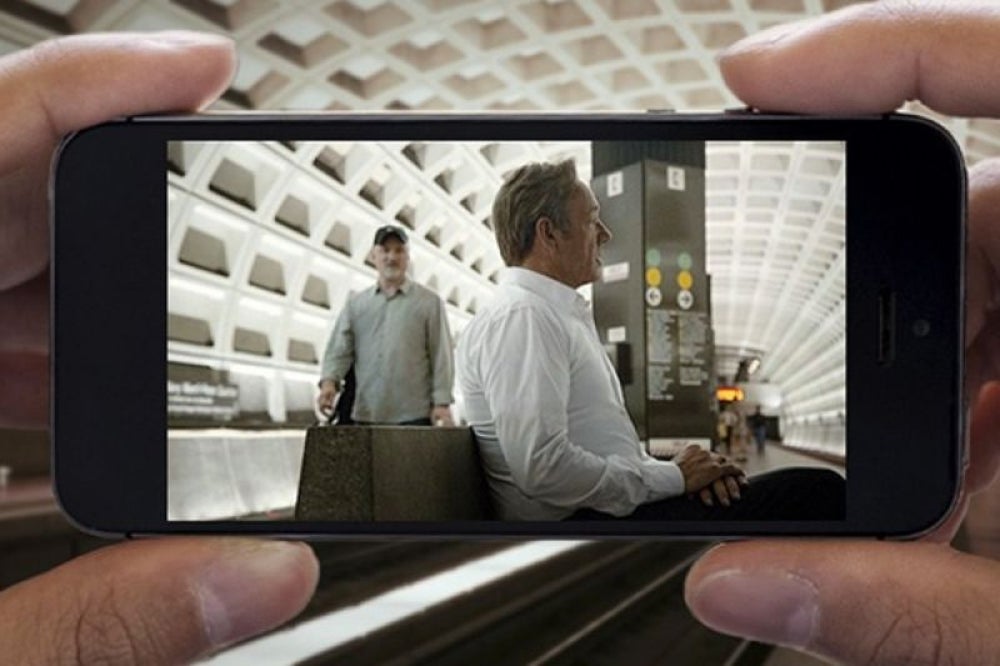 Netflix launched its second original series, an American remake of the British political thriller House of Cards, in 2013. It's first attempt at original content was 2012  series called Lilyhammer. It starred Steven Van Zandt as an American mobster hiding out in Norway and didn't get quite as much fanfare as the D.C.-based drama. 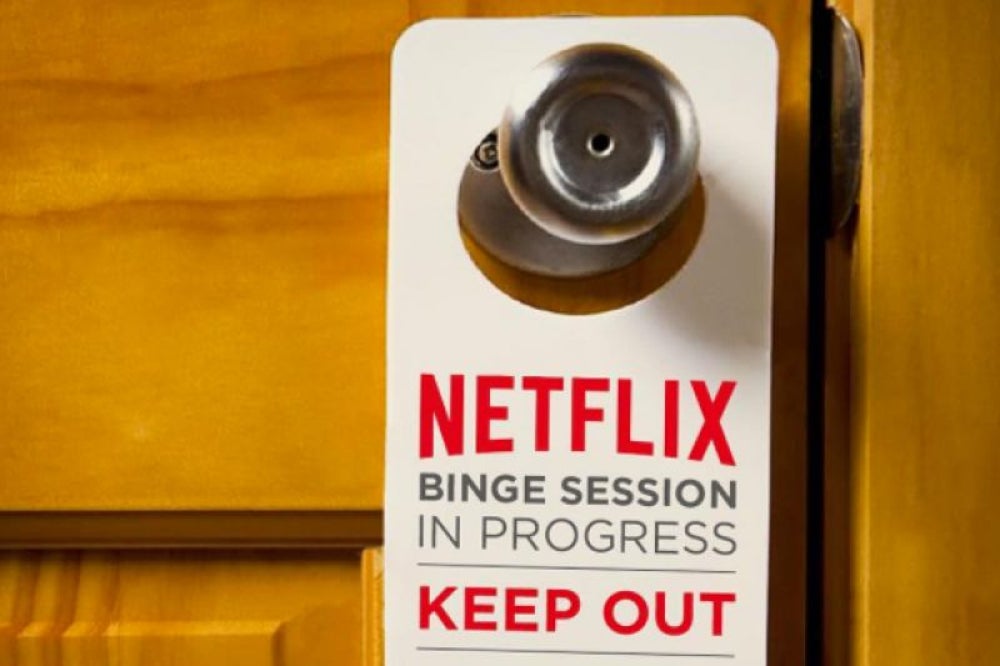 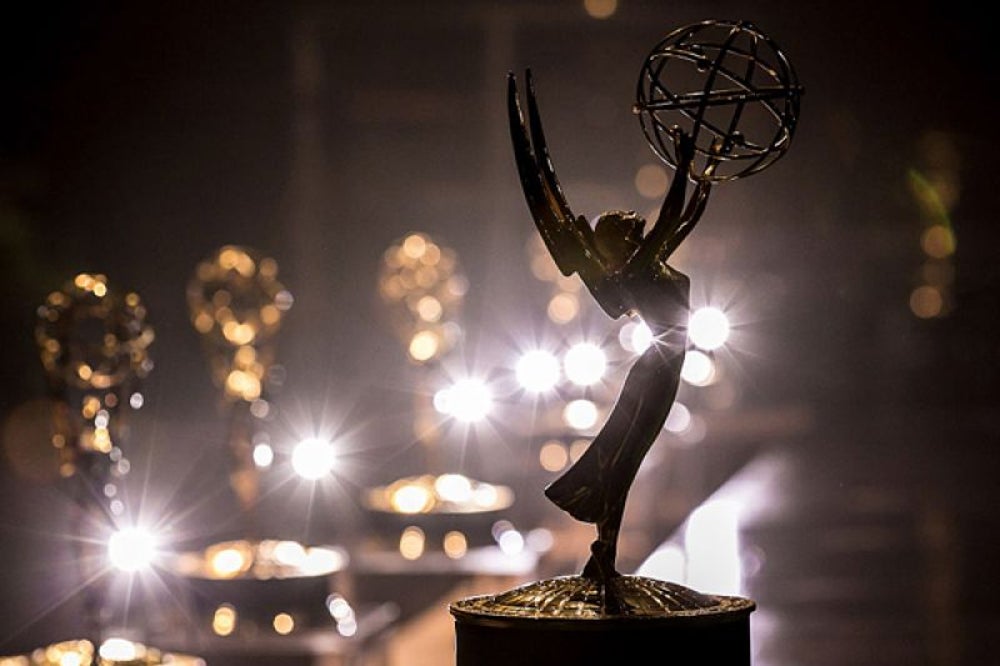 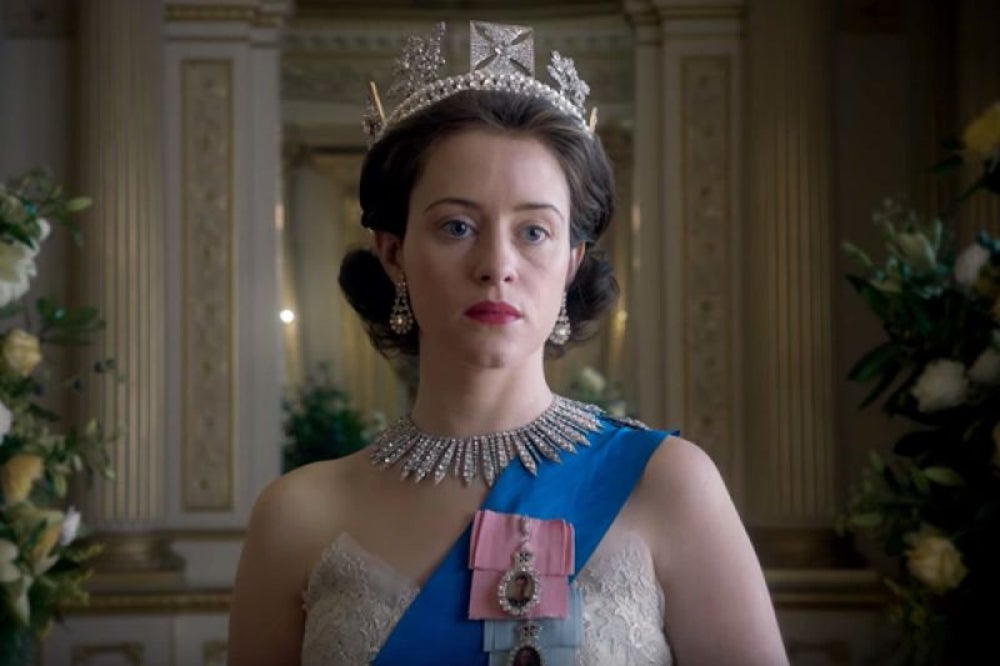 Image credit: Netflix
The Crown, Netflix's ambitious series about the life and times of Queen Elizabeth II, is reportedly the most expensive television show ever made, with a production cost of $130 million. 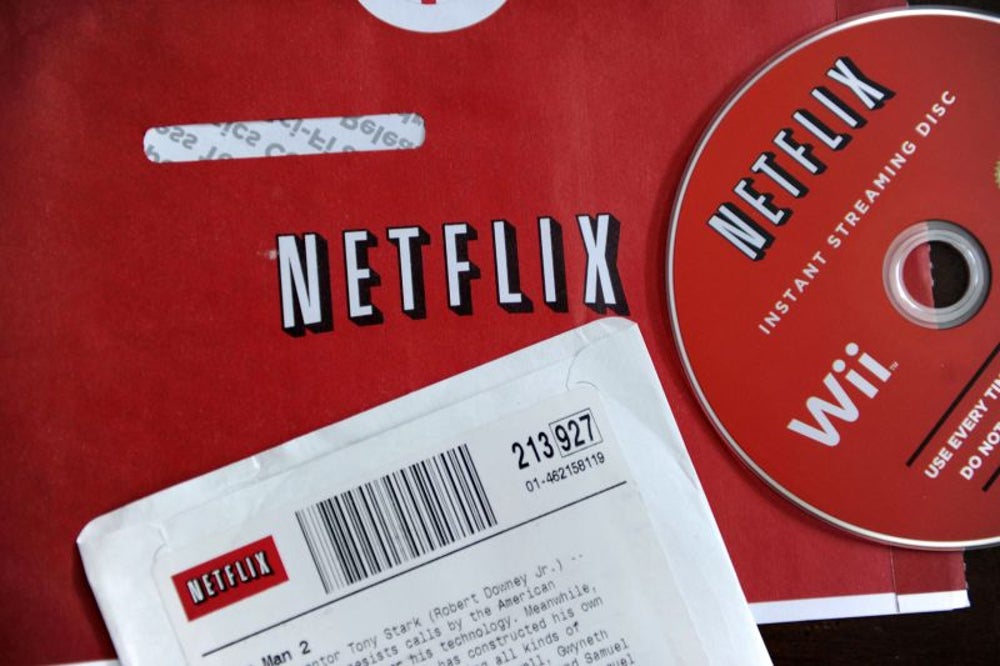 Image credit: Jin Lee | Getty Images
In 1999, the company launched the model that it became known for before the service got into the streaming game -- unlimited DVD rentals with a monthly subscription. 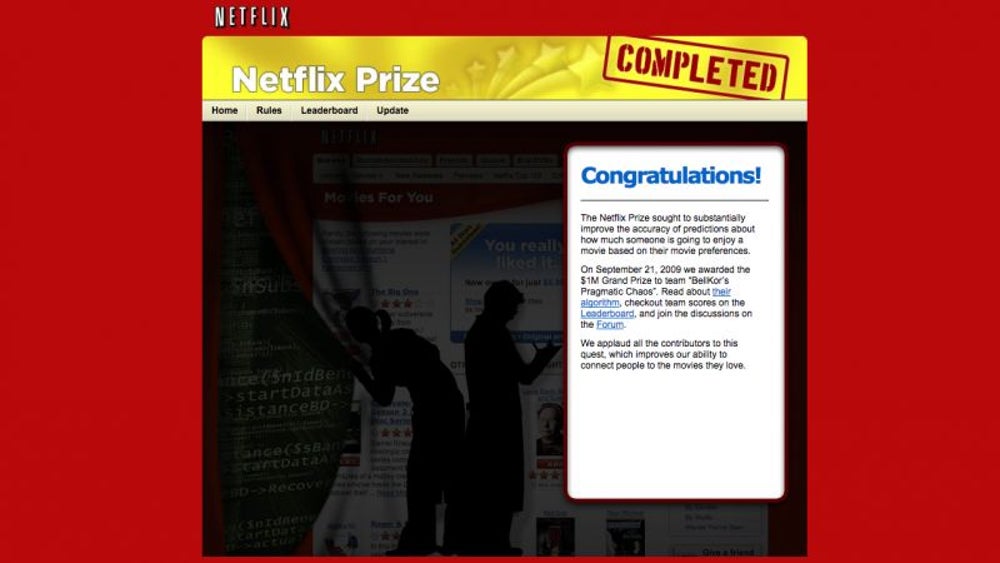 Image credit: Netflix Prize
In 2009, the company awarded $1 million, as part of the first Netflix Prize, to a seven-person team who came up with an algorithm to boost the accuracy of what a viewer would like to watch based on their previous choices.

You know what, never mind 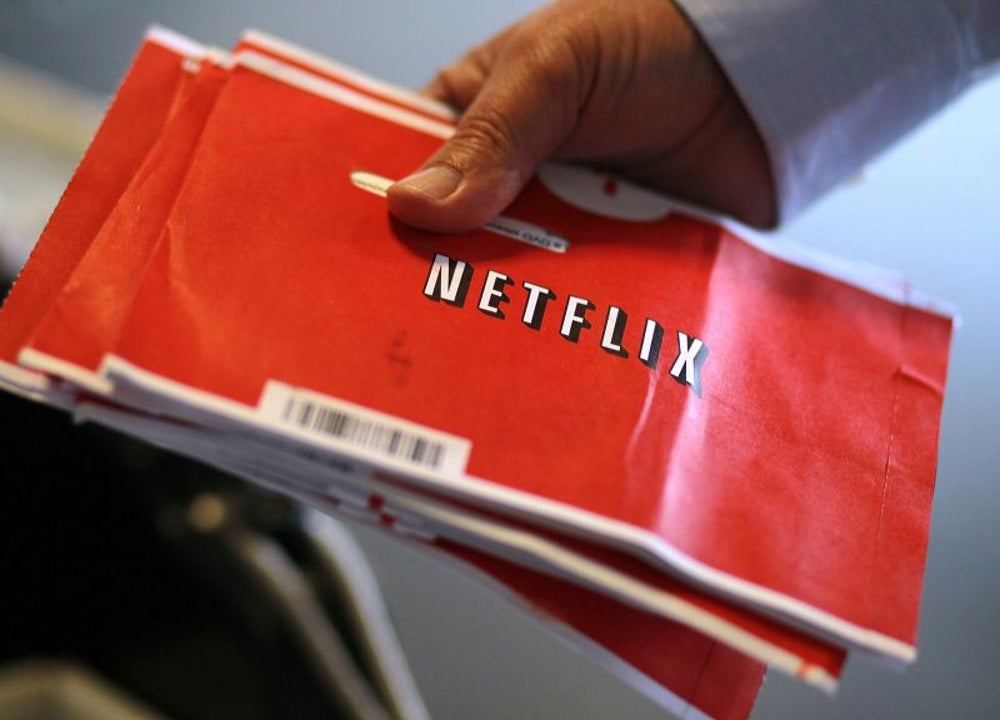 Image credit: Justin Sullivan | Getty Images
In 2011, the announcement was made that Netflix was going to split in two. The DVD rental part of the company was going to be called Qwikster.com while streaming would remain under the Netflix banner. But after a customer uproar, the plans were scuttled.

Back from the dead 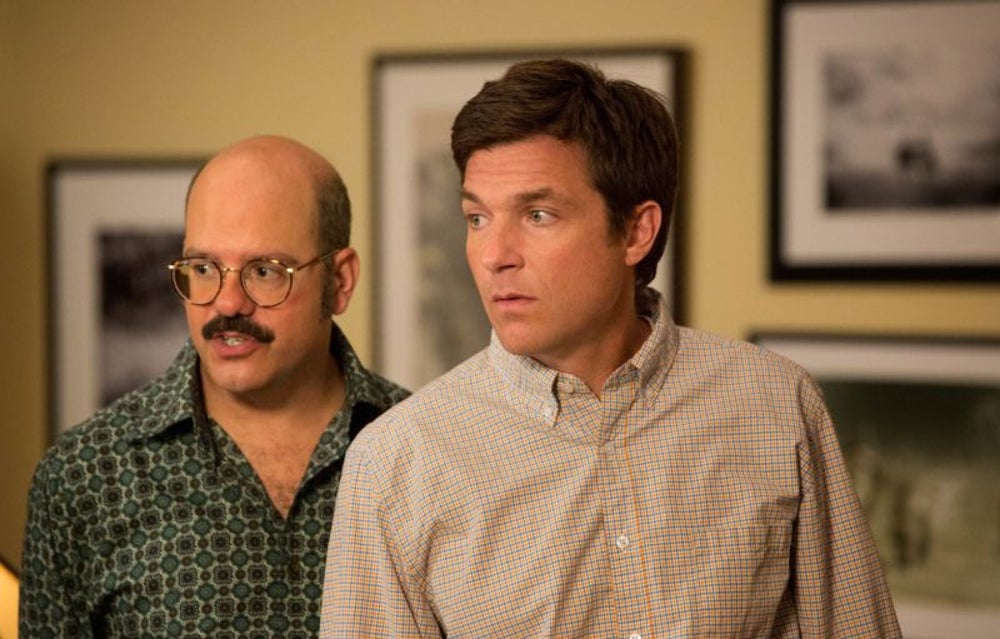 Image credit: Netflix
Netflix is something of a wish-granting factory for people mourning the loss of their favorite shows. Arrested Development, Black Mirror, Degrassi, Full House, Gilmore Girls, The Killing, Longmire and Star Wars: The Clone Wars have all been resurrected on the platform. 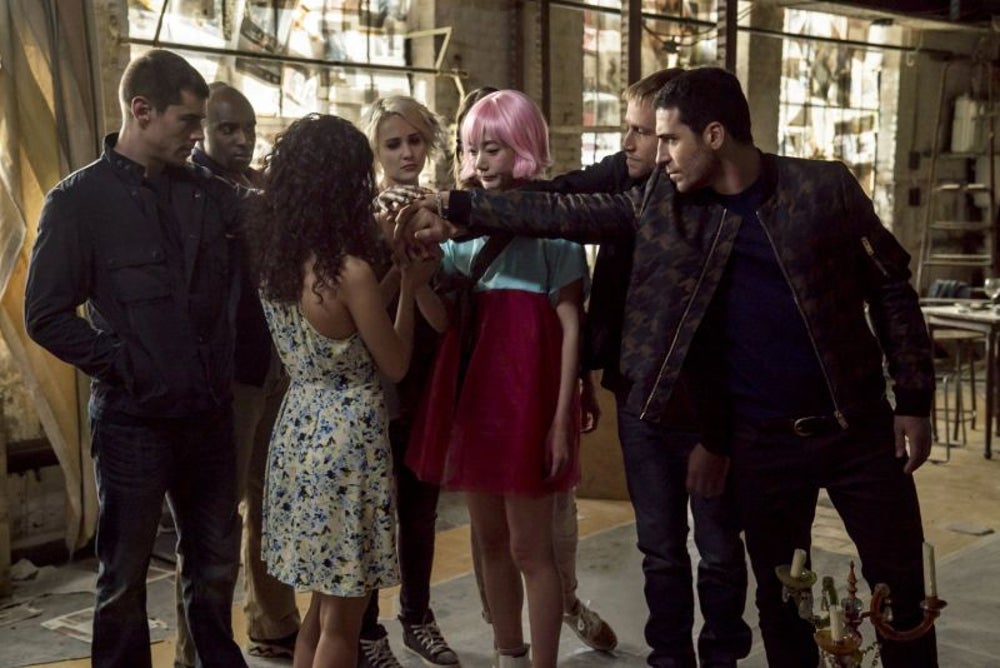 The number of original series (including some holdovers from old networks such as Longmire and the Killing) that Netflix has actually cancelled. But even Netflix can be persuaded. Lana and Lily Wachowski's sci-fi series Sense8 was cancelled after two seasons, but after a fan campaign, The Matrix directors are making a wrap-up film in lieu of a third season. 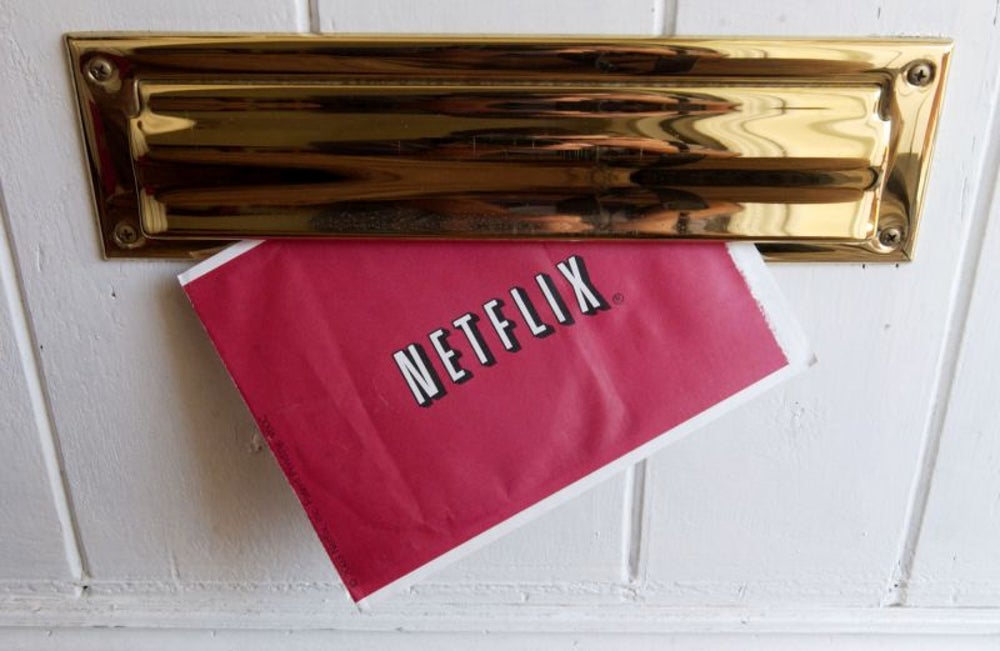 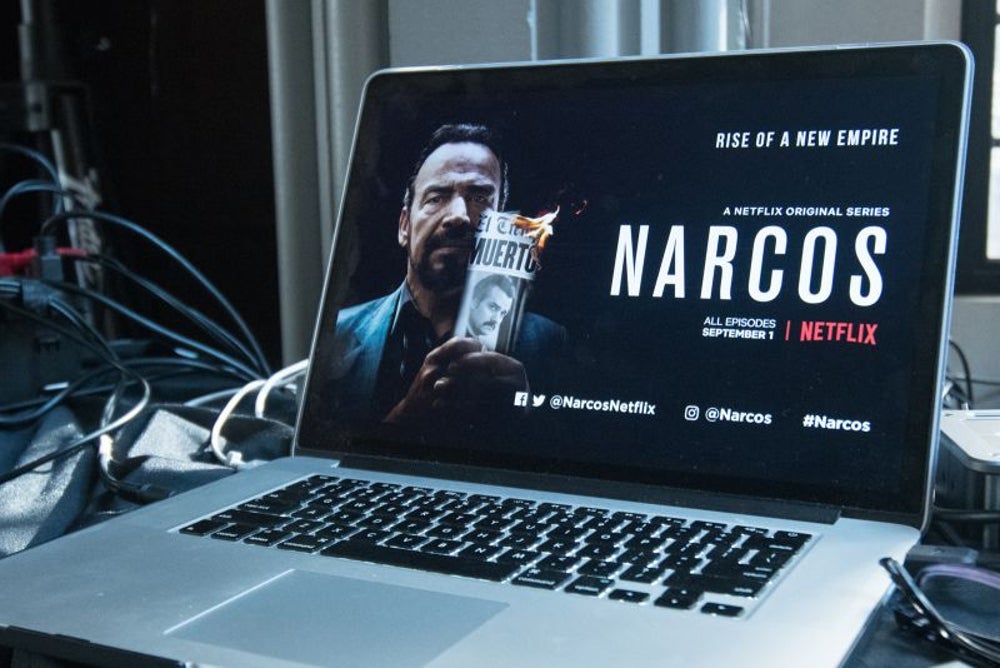 Image credit: Mark Sagliocco | Getty Images
As of May 2017, the company was valued at $70 billion. In July, Morgan Stanley valued the content assets alone at $11 billion.

The year CEO and co-founder Reed Hastings founded his first company, Pure Software. In 1997, the company was acquired by Rational Software and left the business soon after, leading the way to start Netflix. 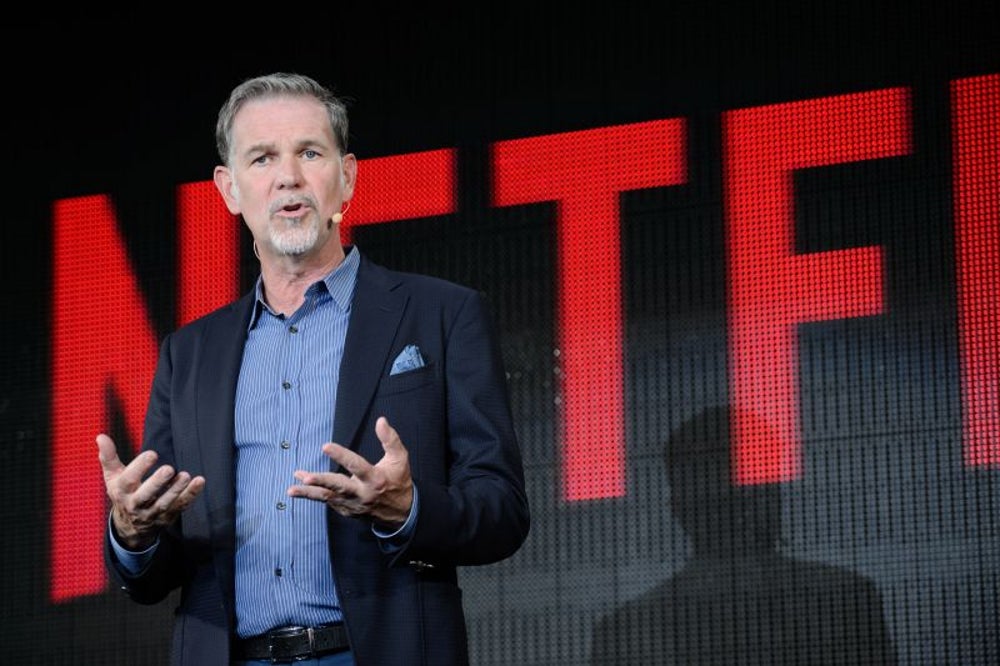 Image credit: Akio Kon | Getty Images
In an interview with USA Today in 2006, Hastings shared that as CEO of Pure Software, he wasn't always confident of his abilities. "I tried to fire myself -- twice," he said. 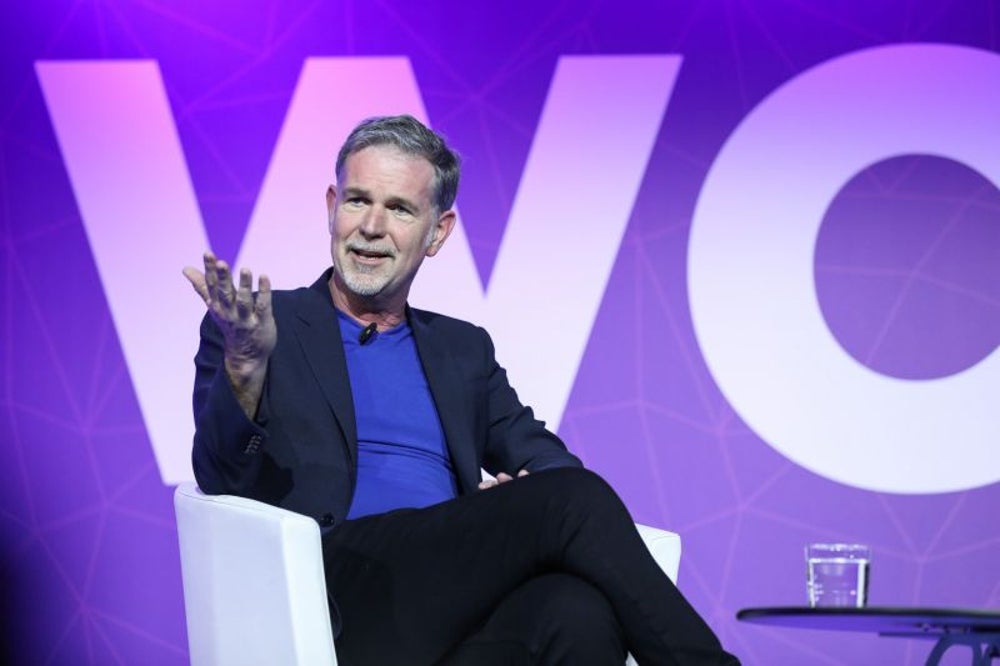 The One to Beat 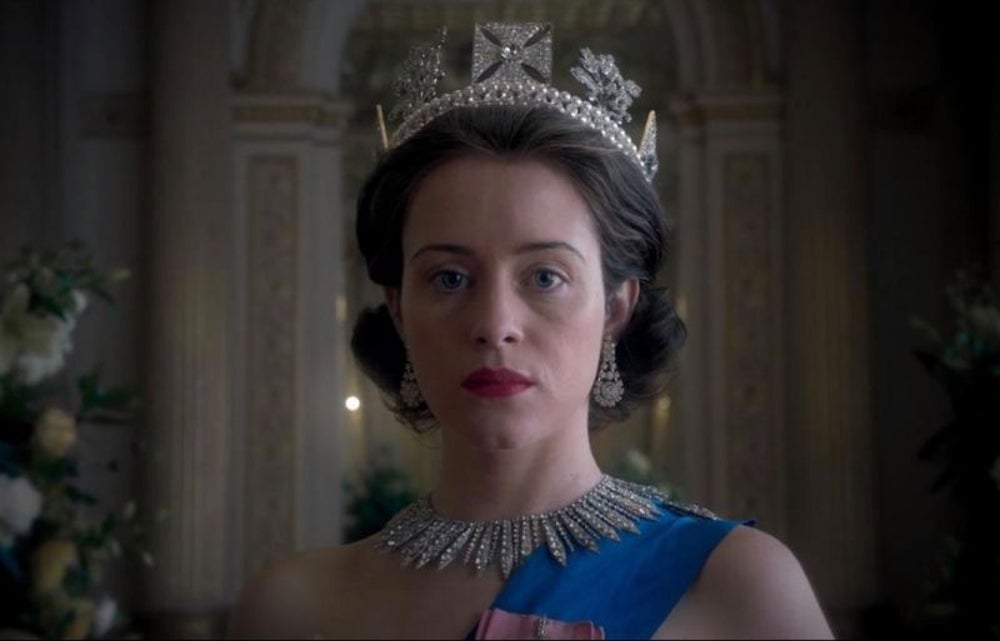 For each of the past 17 years, HBO was the network with the most Emmy nominations, but this year, the channel’s reign came to an end when Netflix took the top spot. This year, Netflix received 112 nominations and HBO got 108. Netflix series GLOW and Unbreakable Kimmy Schmidt are on the best comedy list, and The Crown and Stranger Things are in contention to win for best drama. Other notable nominations include the first episode of the most recent season of Black Mirror, “USS Callister,” which got recognized for best TV movie and the buzzy reboot of Queer Eye got nominated for Best Structured Reality Series.