Interns at These Companies Make More Than the Average American Worker

Paid internships were once rare. Today, some interns make more per month than some workers.
Next Article


Once viewed as assistants, messengers or gofers, interns today are increasingly responsible for making measurable contributions to a company. And while some interns are not being paid for their contributions -- 42 percent this summer, according to the National Association of Colleges and Employers (NACE) -- others are bringing in impressive paychecks.

Related: 15 Ways to Increase Your Income

In fact, a recent report shows some interns make more than the average American worker, who earns $55,775 annually -- about $4,648 monthly -- before taxes, according to the U.S. Census Bureau. Released by jobs and recruiting website Glassdoor, the report highlights companies with the highest median monthly pay for internships as reported by U.S.-based interns on Glassdoor. If interns at these companies worked a full year, rather than a semester or other allotted time frame, they would make up to about $3,350 more per month pre-taxes than the average American worker.

Read on to discover some of the companies offering the best perks and most pay for their interns. 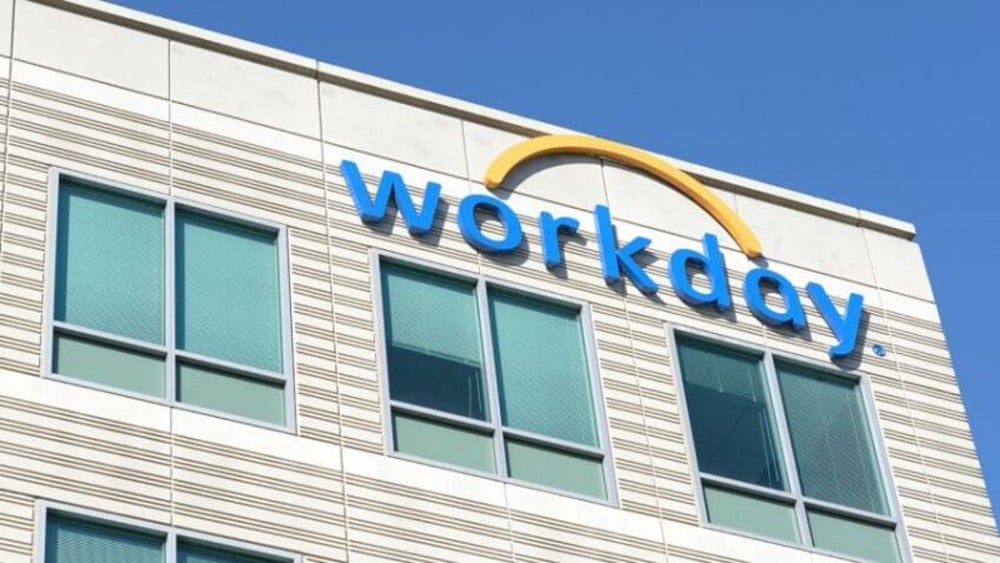 It's not a normal "workday" for interns at Workday, a financial management and human capital management software vendor. These employees bank $5,440 per month, which is about the same salary as conservation scientists, who make $65,130 a year. 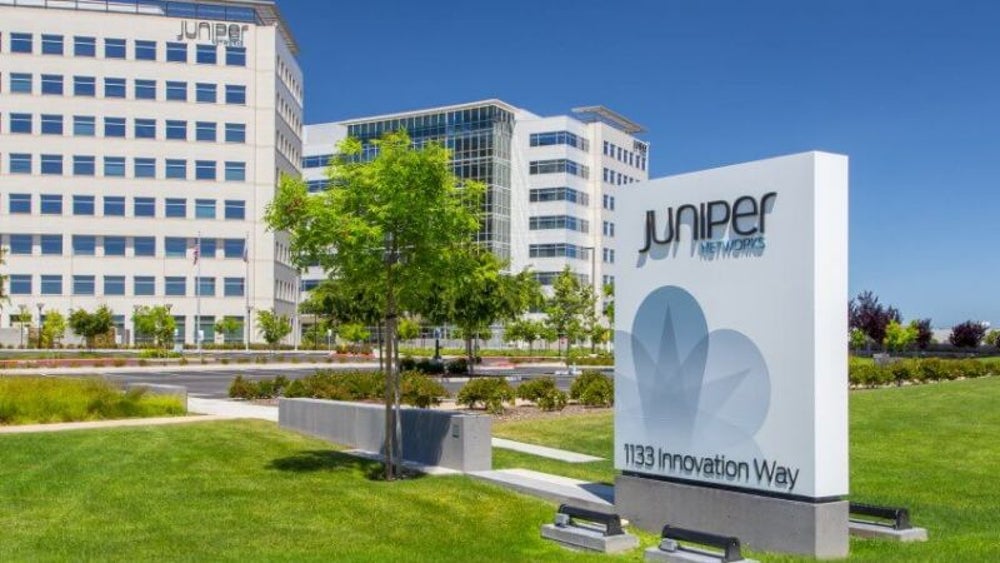 Juniper Networks, a company that develops and markets networking products, is a great place to be an intern. With a monthly salary of $5,440, interns make about the same amount as first-line supervisors of correctional officers, who collect $65,100 per year.

Whether these candidates want to work in engineering, finance or marketing, they get hands-on experience in their field starting their first day. According to one former intern, they also have access to a free 24-hour gym, personal trainers and daily fitness classes, plus all the free milk they want. Additionally, Juniper Networks hosts several intern events that range from happy hours at the local bar to pick-up basketball games. 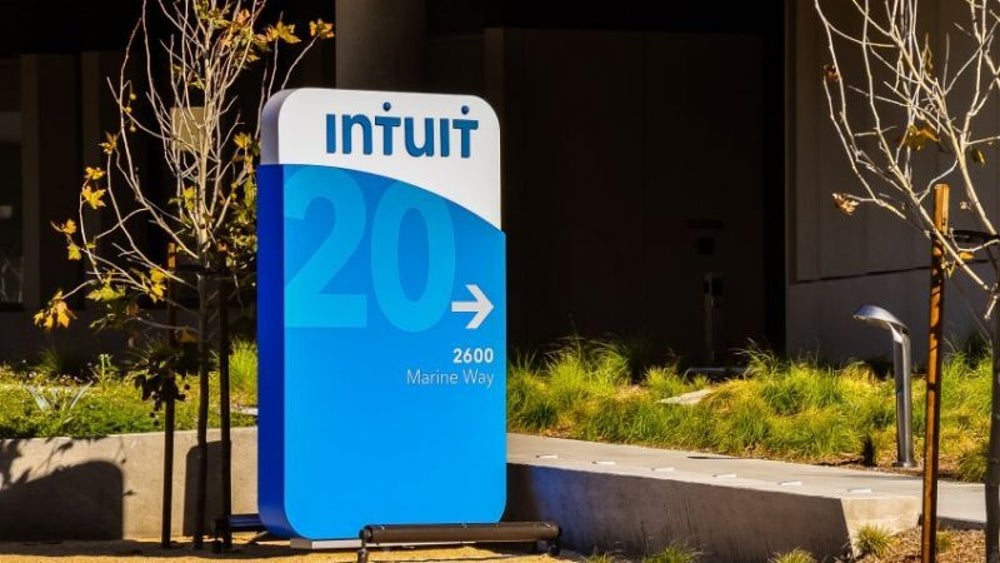 Financial software company Intuit offers its interns plenty of extras on top of the $5,440 per month paycheck, which is the same salary as sound engineering technicians, who make $65,240 per year. Intuit interns can buy company stock at a discount, plus they get paid housing and free transportation. Interns also have access to an on-site fitness center and massages.

"Being an intern, you felt more like part of the team and less like an intern," a former intern wrote on Glassdoor. 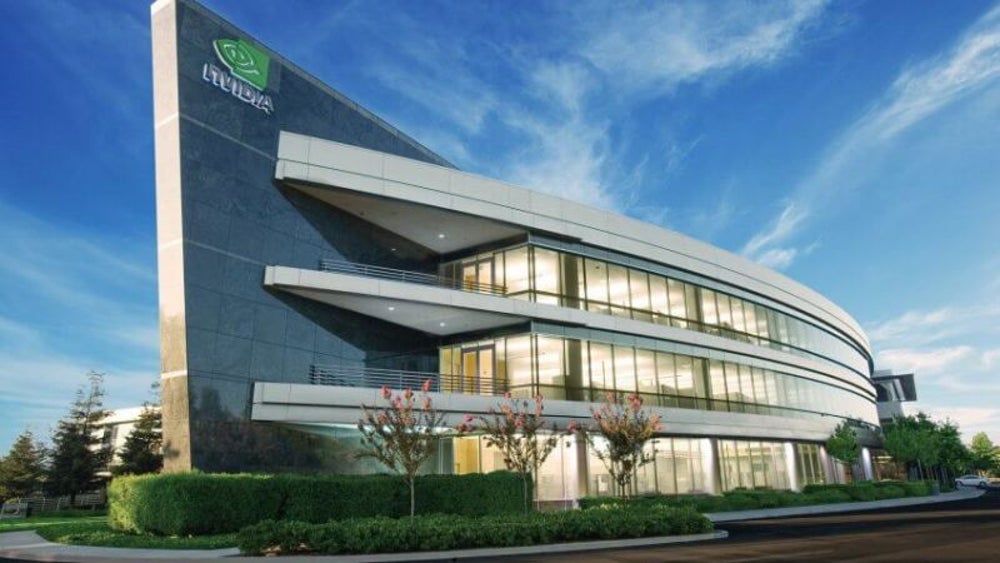 Working at NVIDIA, which designs graphics processing units for the gaming and professional markets, is a dream for interns. The salary is $5,770 per month, which is about the same annual salary as a soil and plant scientist at $69,290.

Not only do NVIDIA interns get full health and dental care, they also get a round-trip airline ticket if they need to relocate, in addition to a housing stipend. The interns also have access to an onsite concierge, car maintenance, dry cleaning and shuttles to campus. The best part? As one former intern wrote on Glassdoor, "You sometimes meet and work with people whose books you read in ... school." 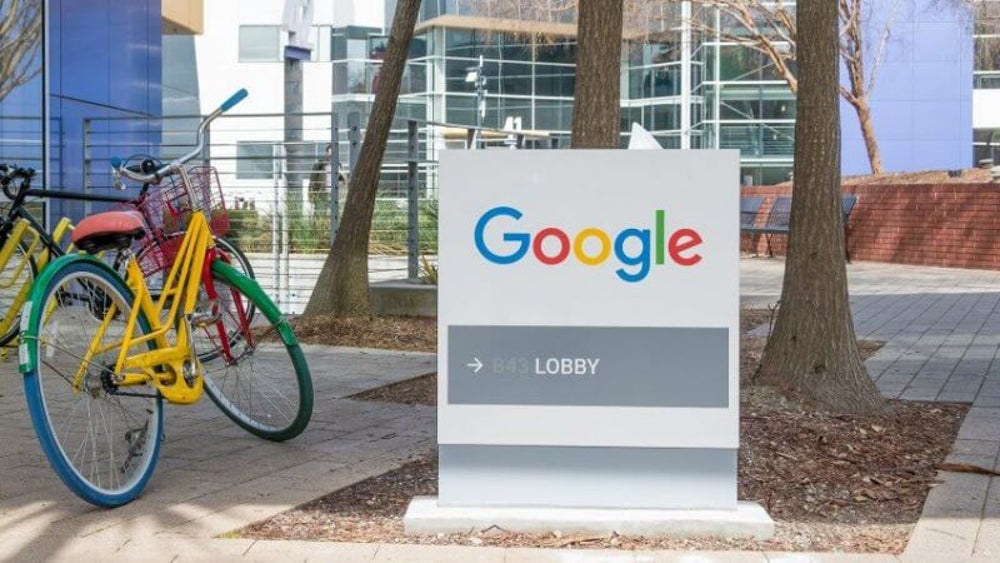 Google's internships are so cool, Owen Wilson and Vince Vaughn starred in a movie about them.

With a median monthly pay of $6,000, Google interns make about as much as a registered nurse ($72,180 per year). They also get a ton of perks. Interns get placed in free housing with fellow interns, and they have access to free shuttles throughout the entire Bay Area, including San Francisco, San Jose, Palo Alto and Berkeley.

Google interns get free food at the 24 cafes in the Googleplex, a free gym membership, laundry service and dance lessons. "Intern events also are ... loads of fun: You may go to paintball, laser tag, watch a ... Giants game, and all summer interns go on a luxury boat trip on the San Francisco Bay," wrote a former intern on Quora. 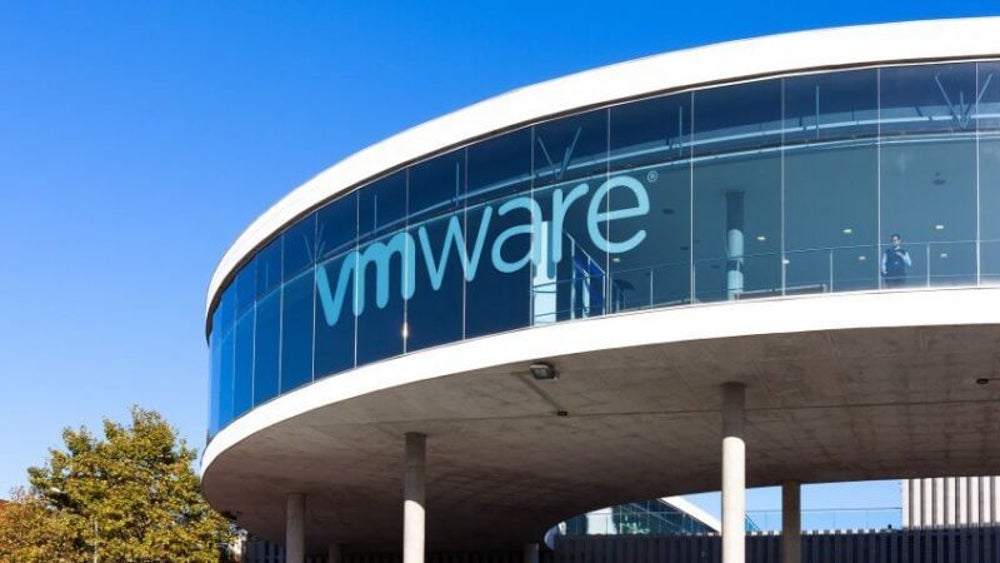 Dell Technologies subsidiary VMware is a great place to have an internship with a hefty salary to match. Candidates make $6,080 per month, which is about the same amount as occupational health and safety specialists, who bank $72,480 a year.

VMware interns live in corporate housing during their internship and have access to a campus shuttle, an on-site gym, a fully stocked kitchen and beer bashes every other week. These employees also get a laptop to allow them to work flexible hours in the office or remotely. 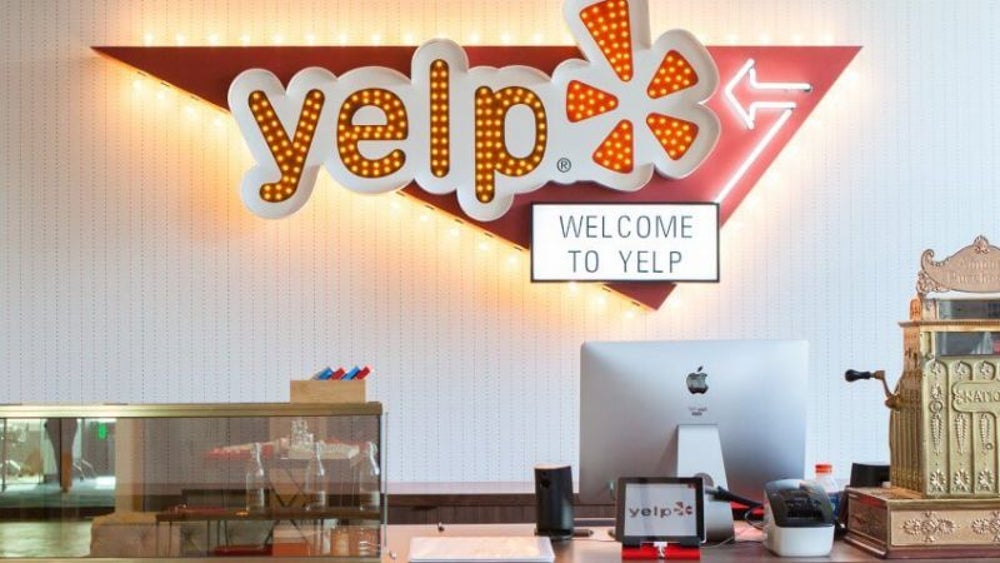 Yelp doesn't just offer up reviews on restaurants to its interns; the company also provides a $6,400 monthly paycheck, which is about the same as a fashion designer's average salary of $76,480.

Whether an intern wants to get experience in engineering, marketing or social media, these temporary employees get hands-on experience right away. Plus, they are treated to a housing stipend, some catered lunches and happy hours, as well as a fully stocked kitchen. There also are two intern events per week, which include activities like escape games, trips to Alcatraz and cable car tours. 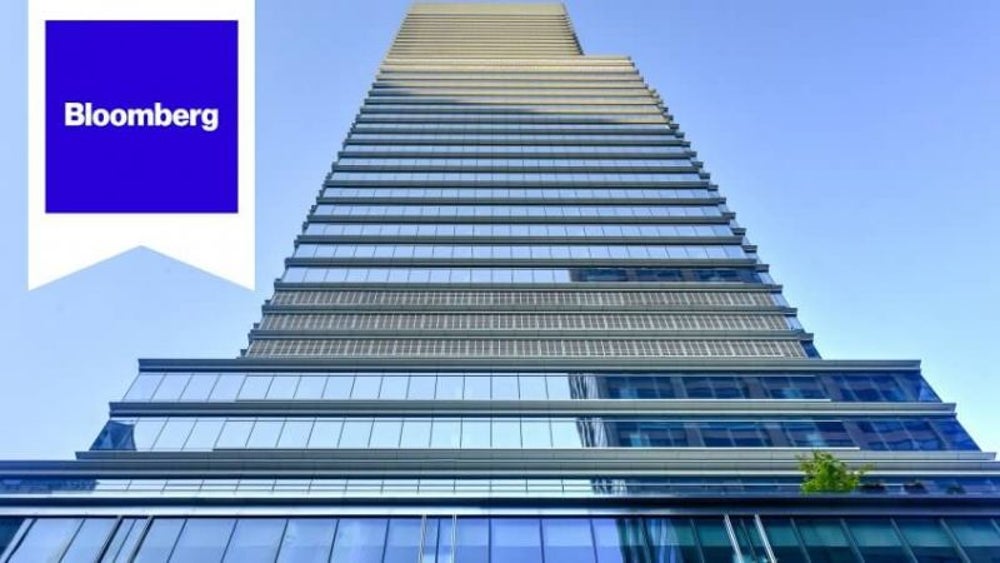 Global information and technology company Bloomberg L.P. offers its interns a solid paycheck of $6,400 per month, which is near the annual salary of an expert elevator installer at $76,860. Candidates are selected in a variety of areas, including accounting, finance and engineering. Interns are also paired with a mentor.

"My mentor was really helpful throughout my internship. He used to schedule weekly meetings and helped me in the design and the development of the complete project," a former intern wrote on Quora. The company also arranges for free trips to museums, the zoo and other New York City landmarks. Even better, there are free snacks. 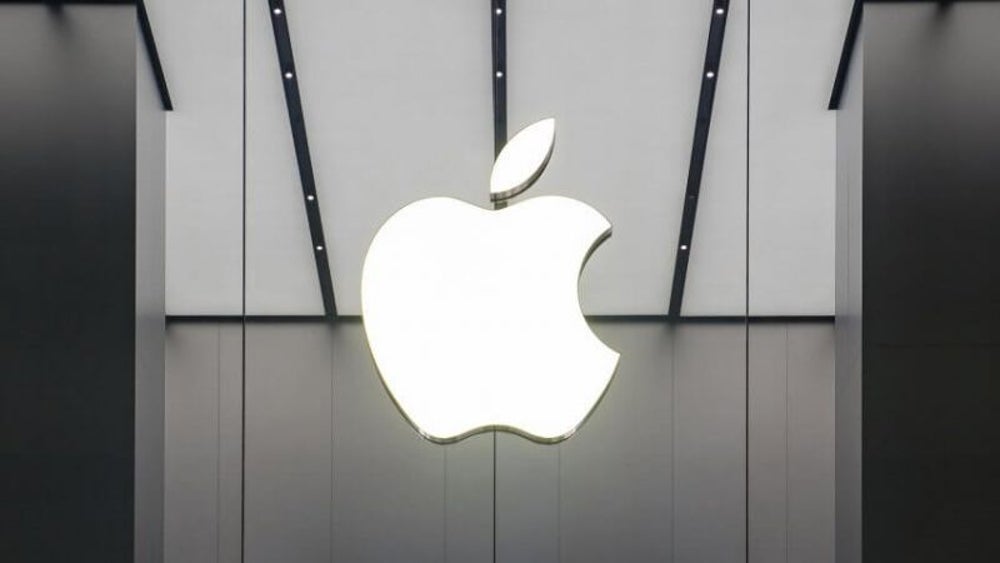 Apple is another company that pays well, shelling out $6,400 per month to their interns. At that rate, these employees would bring in $76,800 annually, which is more than the annual salary of an accountant or auditor.

Interns are given the opportunity to hone their skills in engineering, development and design, while enjoying some fun freebies like trips to San Francisco, dinners in Cupertino and networking events. "You get put on a real project, with real responsibilities and have [a] real impact on product outcomes," a former intern wrote on Quora. Interns also get inexpensive housing with full amenities, a benefit that helps them save money. Another bonus? Apple provides a bike for the full internship. 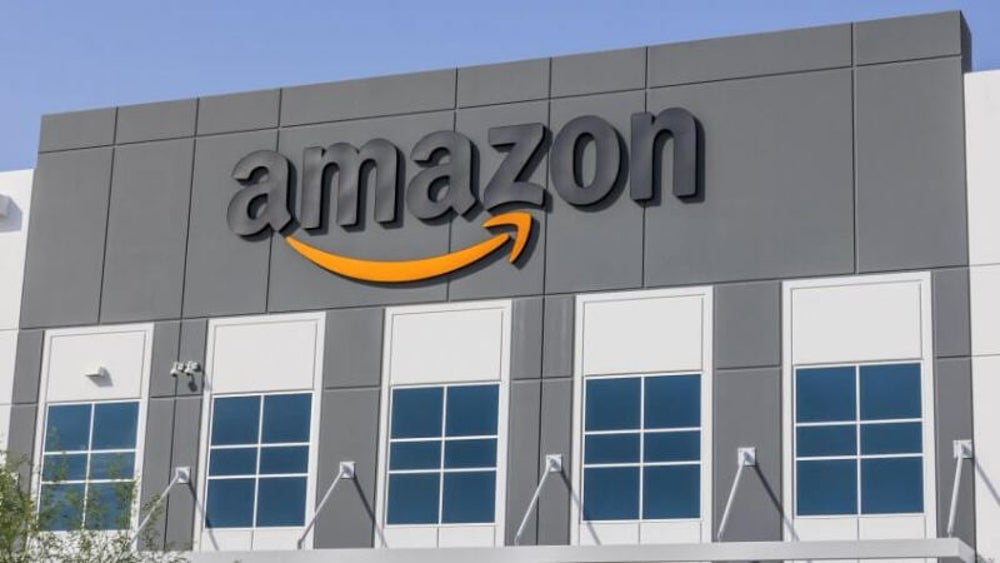 Amazon's interns pocket $6,400 per month. Their average annual salary would rival microbiologists, who earn $76,850 a year. Amazon hires interns in a variety of business areas, including engineering, programming, sales and research.

"We certainly weren't getting coffee for other people when we were at Amazon," former intern Ellen Boyd told Fox Business. "They really just throw you right in there to work on actual problems that will actually go to production and in some cases face the customer."

When the interns aren't working, they might be taking a break in the on-site art studio or grabbing a free banana at the Banana Stand on campus. 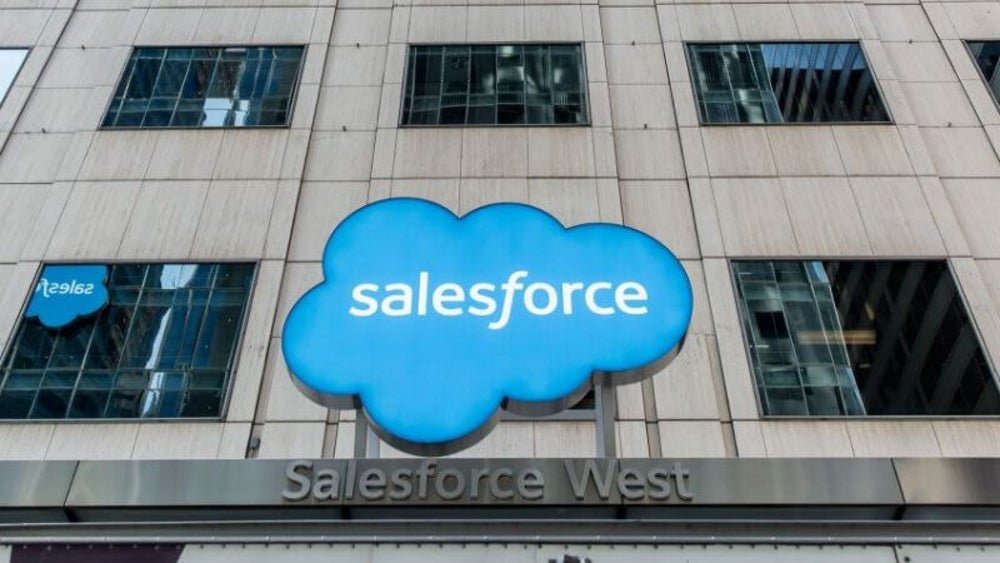 Salesforce, the world's top Customer Relationship Management (CRM) platform, offers interns top dollar and tons of extras. The candidates make $6,450 per month during their 12-week program, which would add up to $77,400 per year -- a similar salary as an epidemiologist.

Interns get invaluable experience in marketing, IT, engineering and sales, often meeting with upper management during "coffee chats." Interns also are given health insurance and a $100 monthly wellness stipend, and they get treated to bowling, baseball games and a party called FriendFest.

Related: Crazy Things Elon Musk, Mark Cuban and Others Did to Get to the Top 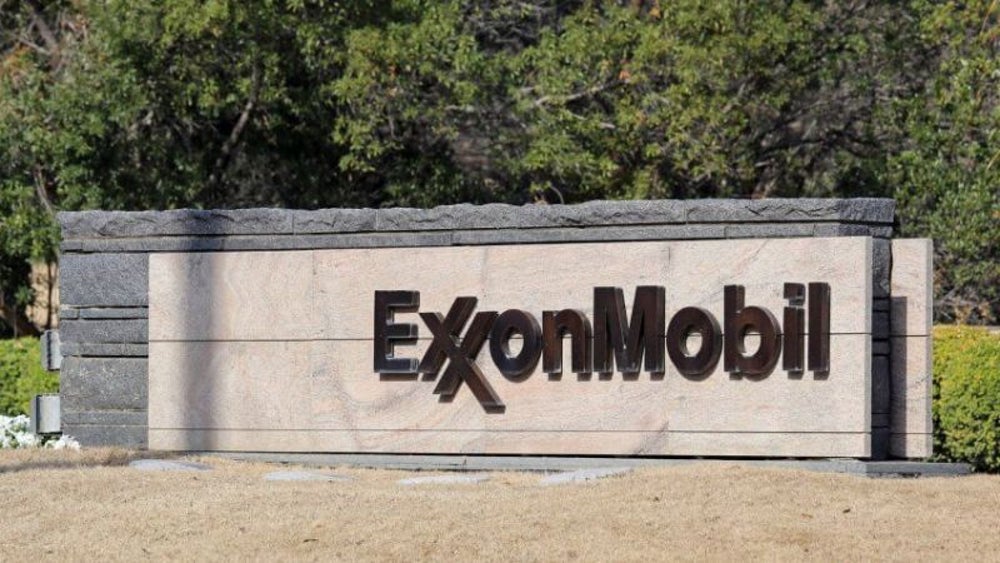 ExxonMobil, the largest publicly traded international oil and gas company, treats its interns well, paying out $6,507 per month. These candidates, who get hands-on experience in finance and accounting, information technology engineering and more, earn about as much as speech language pathologists, who bring in $78,210 per year.

"Recruiters are receptive to your interests, so tell them exactly what type of work you'd like to do," a former intern said on Glassdoor. Not only do these interns get on-the-job training, they also get to let loose by bowling for free, playing laser tag and going to baseball games. 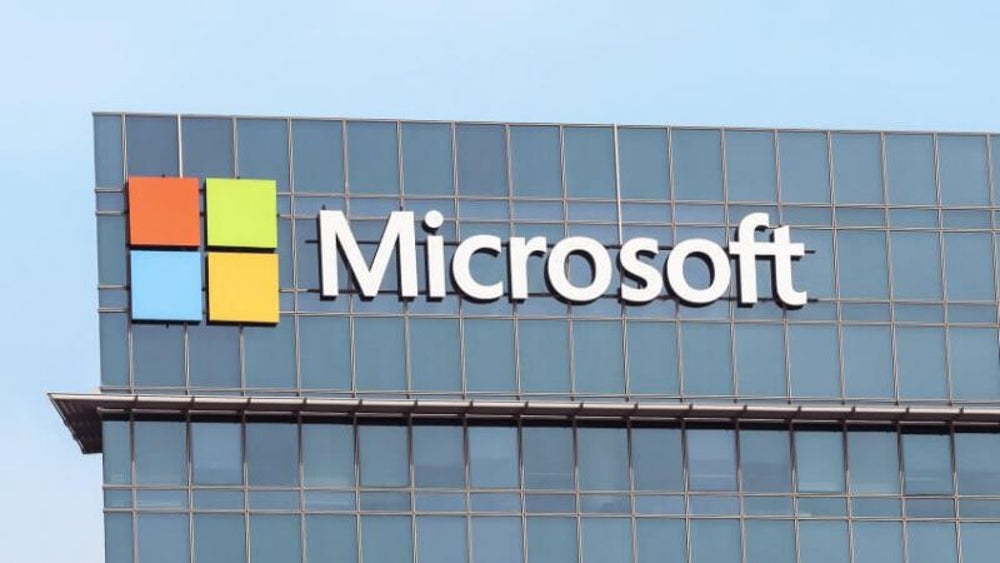 Tech giant Microsoft provides its interns with a generous monthly salary of $7,100, which rivals the average salary of a computer programmer, who earns $85,180 a year. Microsoft candidates have a choice to work in several different arenas, including sales, research, engineering, business and human resources.

Microsoft interns are put to work right away, but having fun also is a top priority. "You'll hear a lot of interns talk about the fact that they're so busy with work and fun that the summer just flies by. That's on purpose. Because at the end of the summer we want them to crave to come back and do more," said Chuck Edward, head of global talent acquisition at Microsoft, to Fox Business.

During the 12-week program, interns get to enjoy perks like gourmet cooking classes, baseball games and secret field trips. 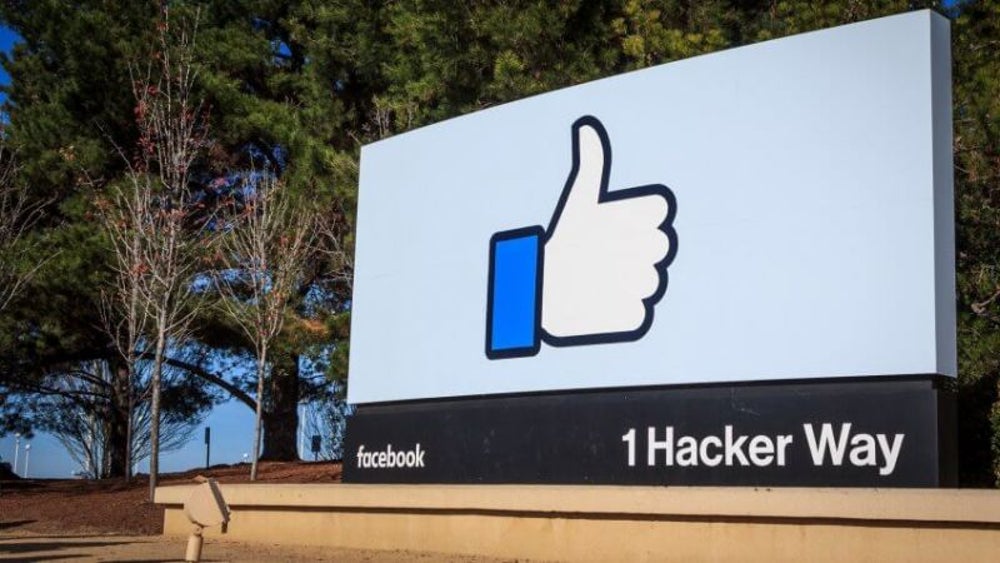 It's probably not too surprising that Facebook's interns bring in the most money, topping the list at $8,000 per month. These candidates make the same amount as information security analysts, who earn $96,040 yearly.

Facebook offers a wide range of internships in engineering, tech, design and business. Current security engineering intern Leah Plofchan told Fox Business that the job is rewarding. "I think it was like the second or third day ... I actually pushed code that went live on the Facebook code base which is really cool."

Not only are these employees padding their pockets, they also get to live and eat for free on the Facebook campus. Plus, the social media company offers its interns a space to get creative by offering up use of an on-site arcade, art studio and wood shop.

Here Are Some of the Coolest, Craziest Internships Out There

Why Hire Summer Interns? Because They Know More About Mobile Than You Do.

It's Easier Than Ever to Not Compensate Interns, But There's a Catch.