Words of wisdom from the most successful Harvard dropout.
Next Article

Having co-founded Microsoft in 1975, Gates paved the path to the revolution of personal computing. Starting with a dream to have a “computer on every desk and in every home,” Gates transformed the complex technology of computers in the 1970s into something accessible for everyday consumers -- a mission he was passionate about early on.

Related: How Leaders From Microsoft, Women's March and More Are Calling Millenials to Action

At a young age, Gates showed an avid interest in computers, spending as much time as possible in his middle school’s computer lab. At age 13, he created a BASIC program that allowed users to play tic-tac-toe against the machine. He went into business with fast friend and future Microsoft co-founder Paul Allen at age 15 after creating Traf-O-Data, a traffic monitoring program that earned the duo their first $20,000.

Always an excellent student, Gates scored a 1590 out of 1600 on his SAT and enrolled at Harvard University, pleasing his parents who encouraged him to pursue a career as a lawyer. However, two years later Gates dropped out, opting to instead pursue a business partnership with Allen in New Mexico. Micro-Soft, later renamed to be Microsoft, was formed.

The genius behind computers as we know them today is consistently ranked among the wealthiest individuals in the world, a certified billionaire who has since committed his life to philanthropy and charity in his post-Microsoft life. In addition to writing several best-selling books like The Road Ahead, The Bill and Melinda Gates Foundation has raised billions of dollars to combat infectious diseases and elevate the quality of life for impoverished nations around the globe. He has also started the Giving Pledge with his wife and Warren Buffett, asking wealthy people to commit to giving away at least half of their wealth to charities.

Check out these quotes from the self-proclaimed geek on success, innovation and what’s coming next. 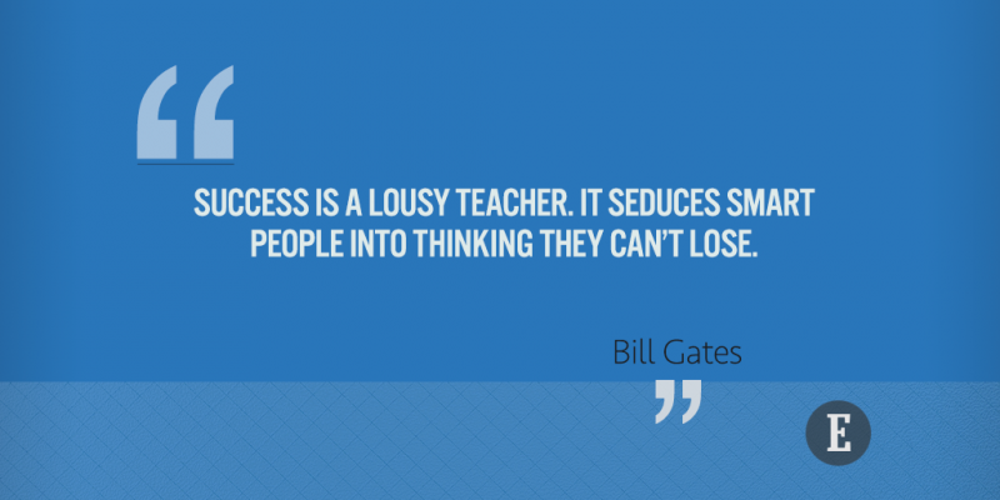 “Success is a lousy teacher. It seduces smart people into thinking they can’t lose.” 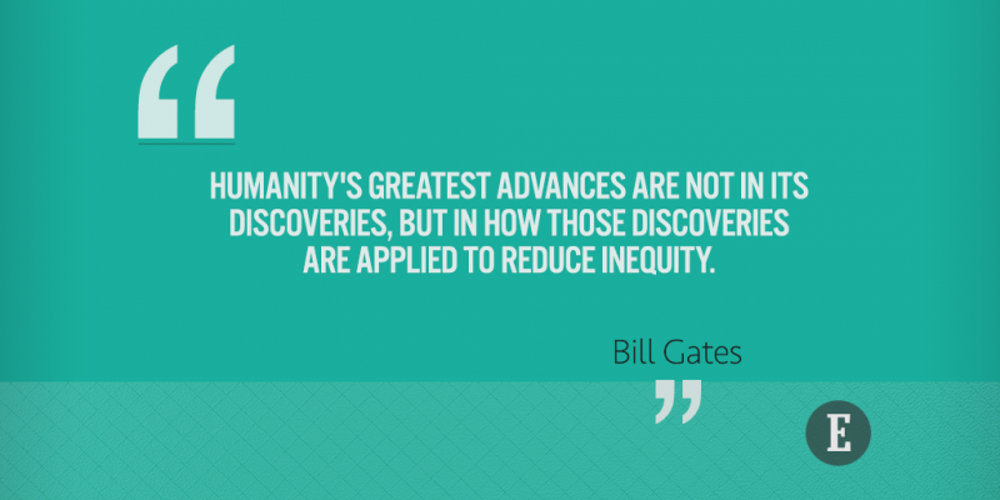 "Humanity's greatest advances are not in its discoveries, but in how those discoveries are applied to reduce inequity.” 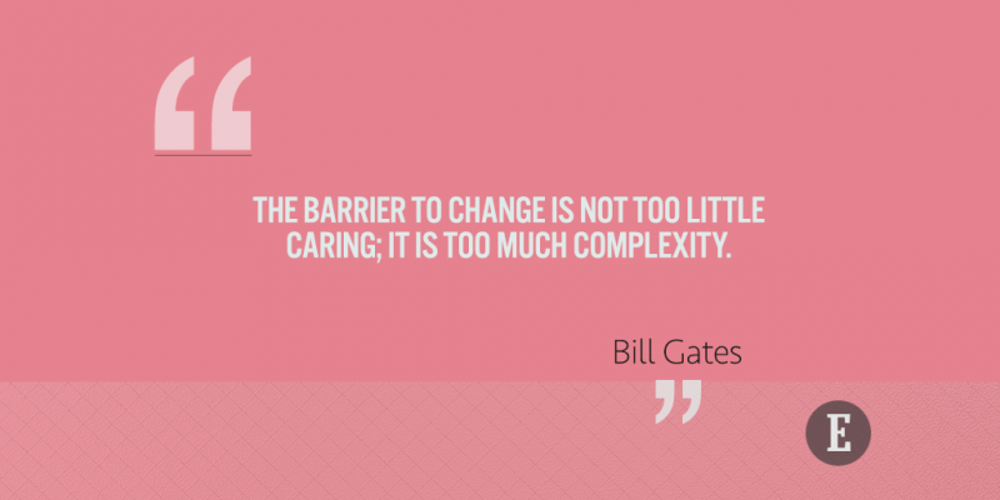 “The barrier to change is not too little caring; it is too much complexity.”

Related: Shift Your Mindset and Actions to Embrace Change 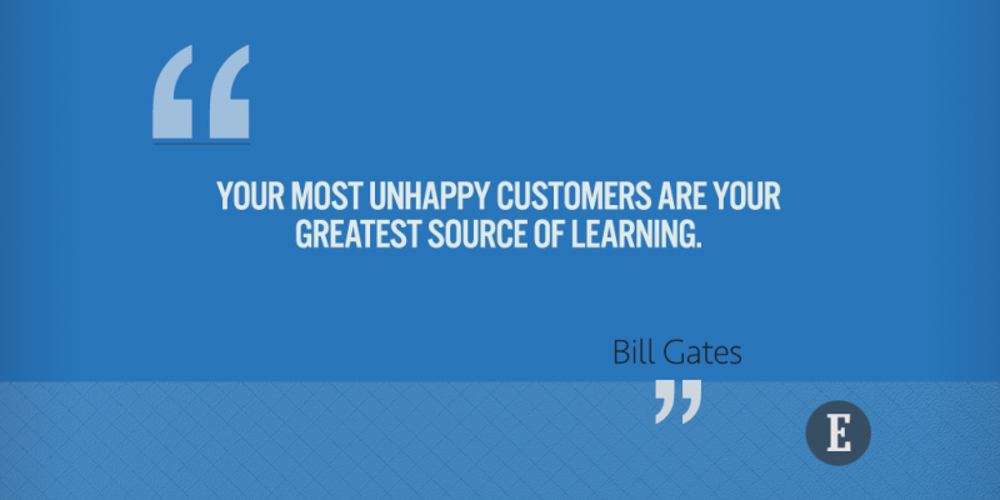 “Your most unhappy customers are your greatest source of learning.” 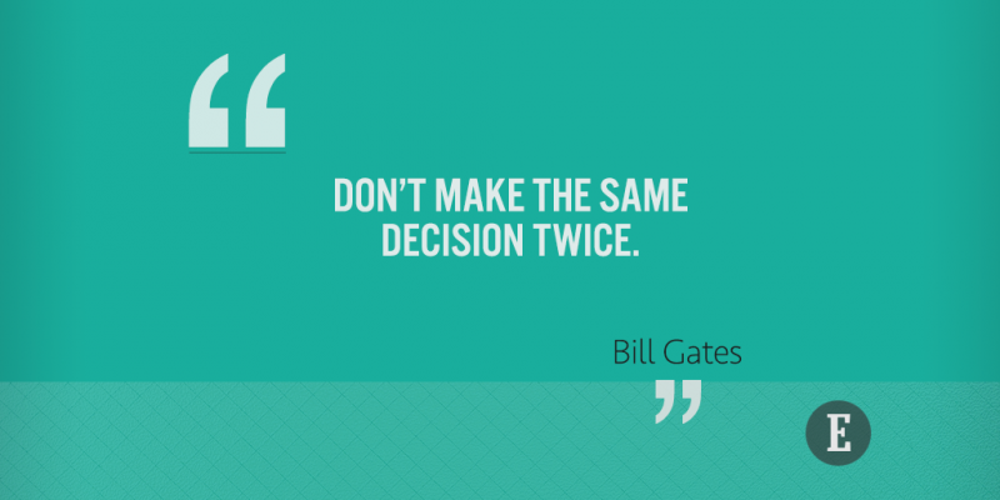 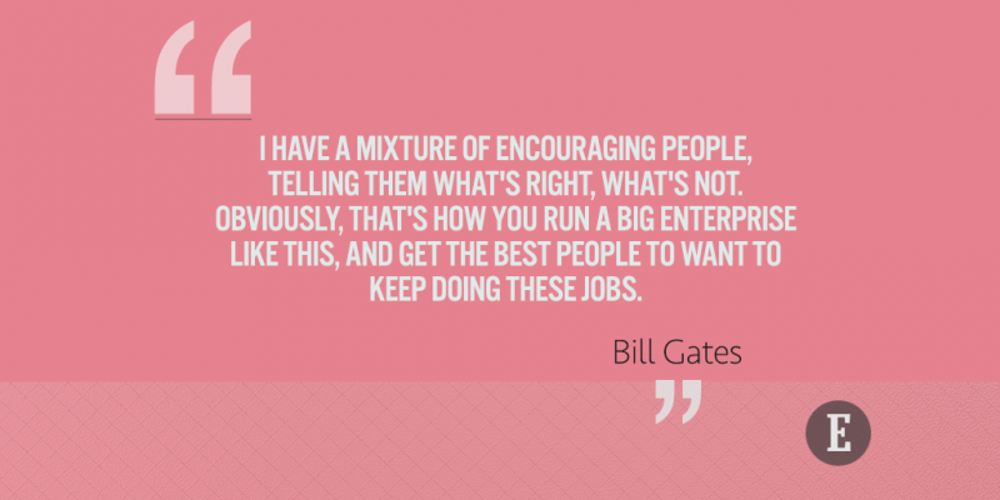 “I have a mixture of encouraging people, telling them what's right, what's not. Obviously, that's how you run a big enterprise like this, and get the best people to want to keep doing these jobs.” 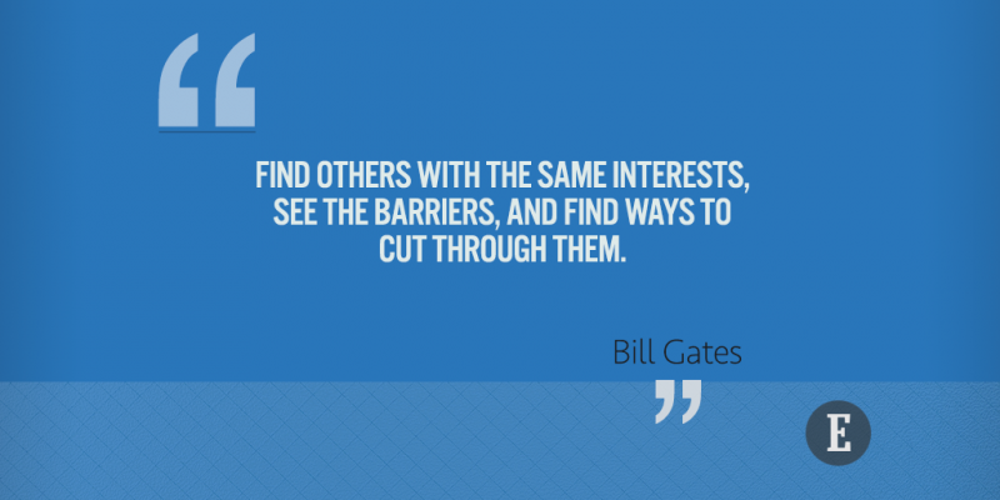 “Find others with the same interests, see the barriers, and find ways to cut through them.” 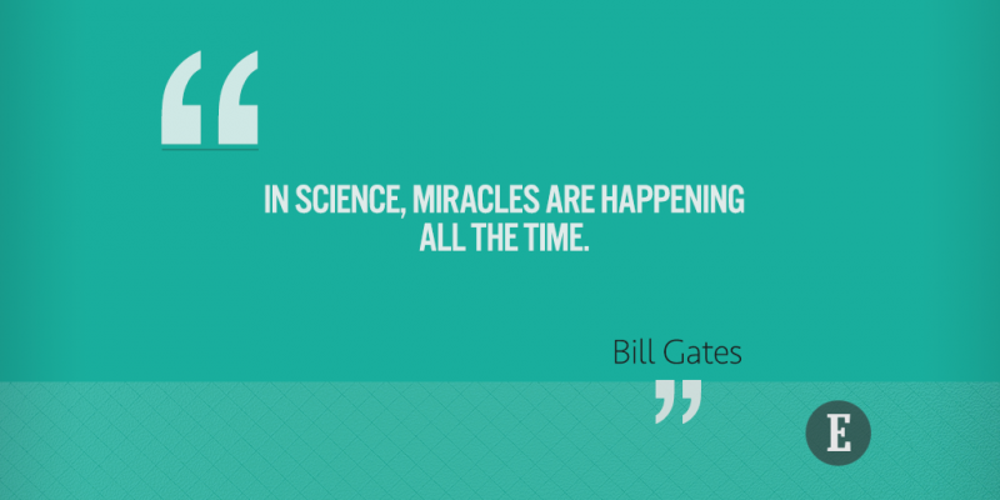 “In science, miracles are happening all the time.” 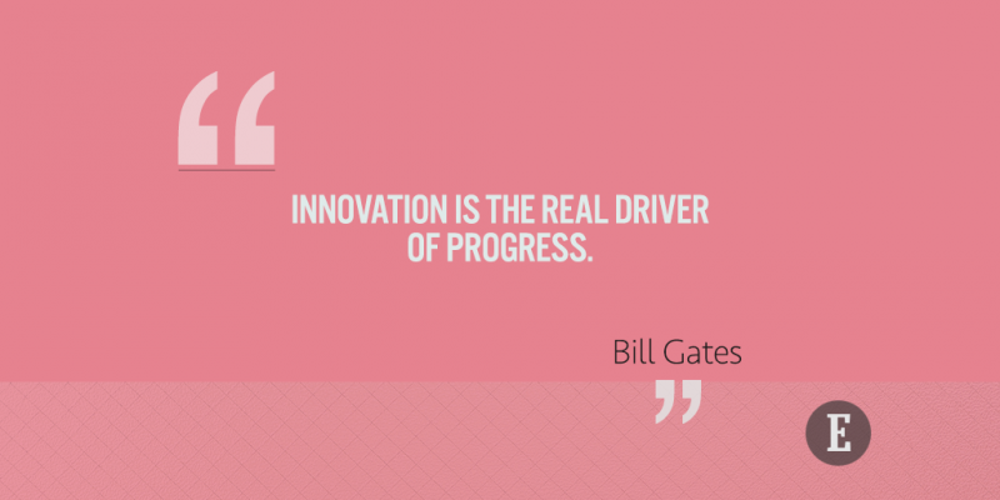 "Innovation is the real driver of progress."