These famous entrepreneurs are shaking up the business world.
Next Article


Most celebrities stick to the trade that made them a star, but a few use their fame and fortune as a business platform. If the company takes off, some trade the spotlight for a corner office, while others find a way to shine at both. Click through to see some famous entrepreneurs with bonafide mogul status.

Related: 15 Powerful Money Habits to Adopt Before the Year Is Over 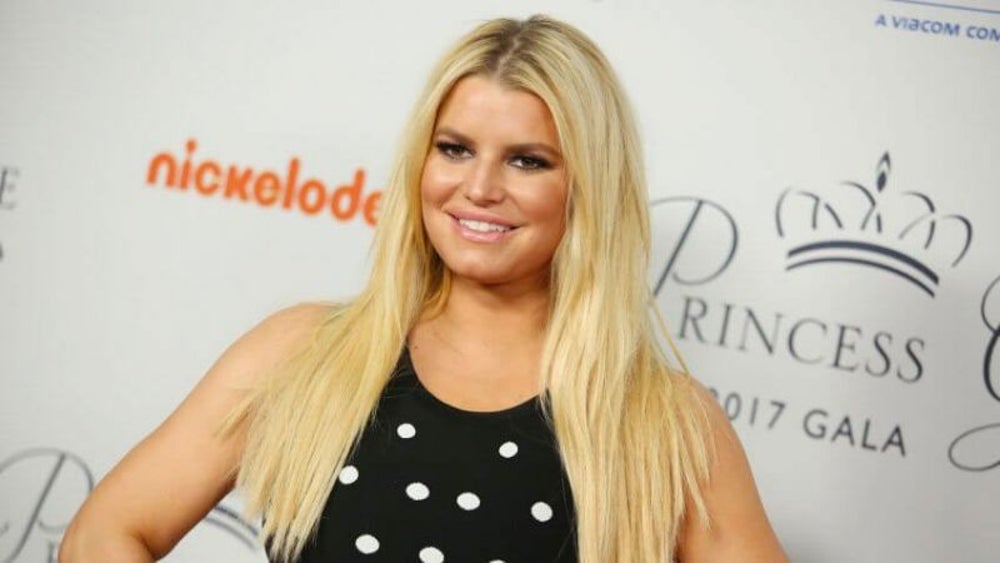 Belting out ballads like "I Wanna Love You Forever" in the late '90s and early 2000s made Jessica Simpson famous, but the Jessica Simpson Collection made her rich. Established in 2005, the brand — which includes shoes, women's and girls' clothing and home décor — was valued at $1 billion in 2015. 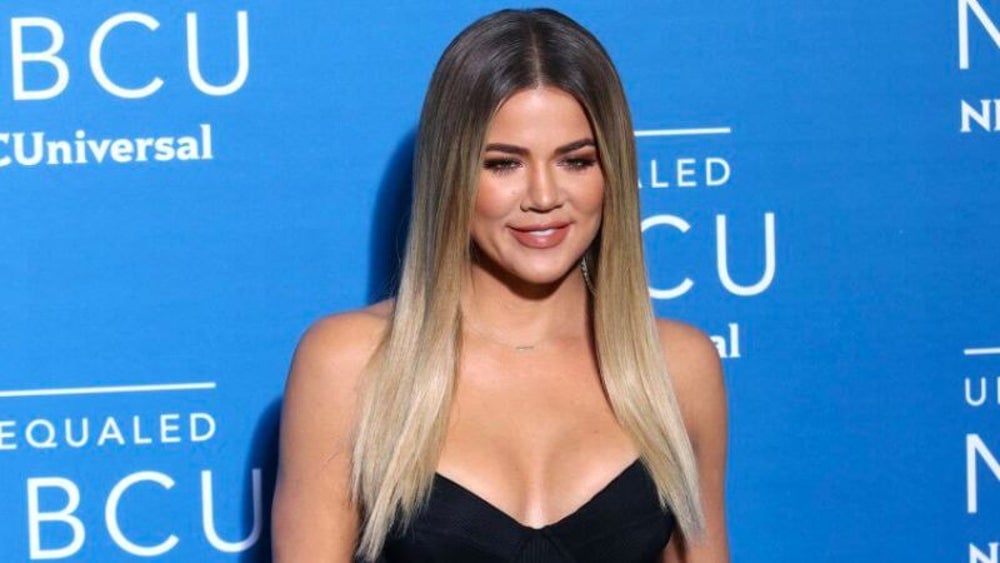 Considering she hails from a family of famous entrepreneurs, it's not surprising that Good American, a clothing line co-founded by Khloe Kardashian, is already a success. Launched in October 2016, the company did $1 million in sales on its very first day. The body positive brand sells denim in sizes 00 to 24. 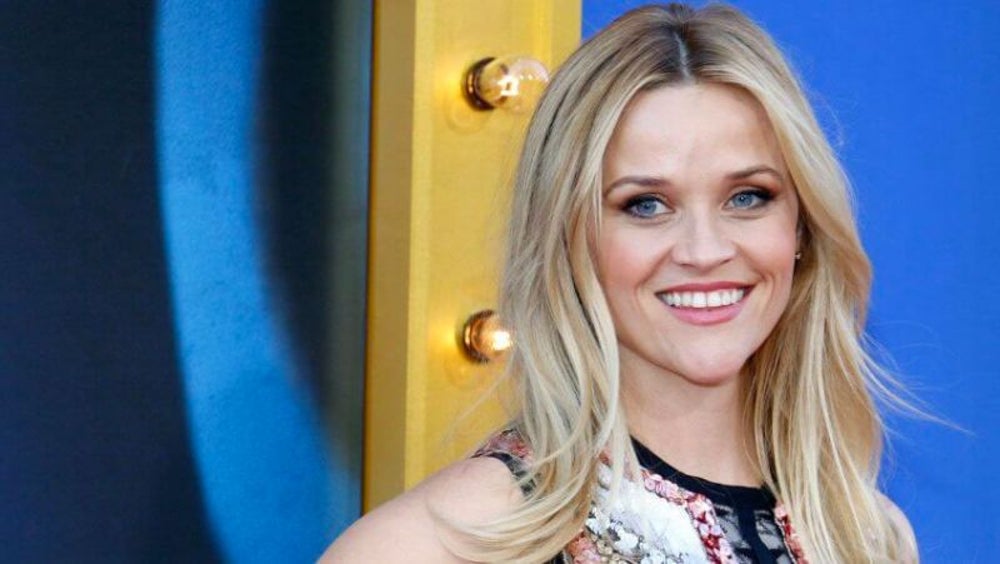 Image credit: Tinseltown / Shutterstock.com
"Big Little Lies" star Reese Witherspoon is a Southern girl at heart, which is reflected in her clothing line Draper James. Launched in May 2015, the instantly popular brand sold out of several items on day one. The hands-on star is very involved in her business and even pitched venture capitalists for funding. 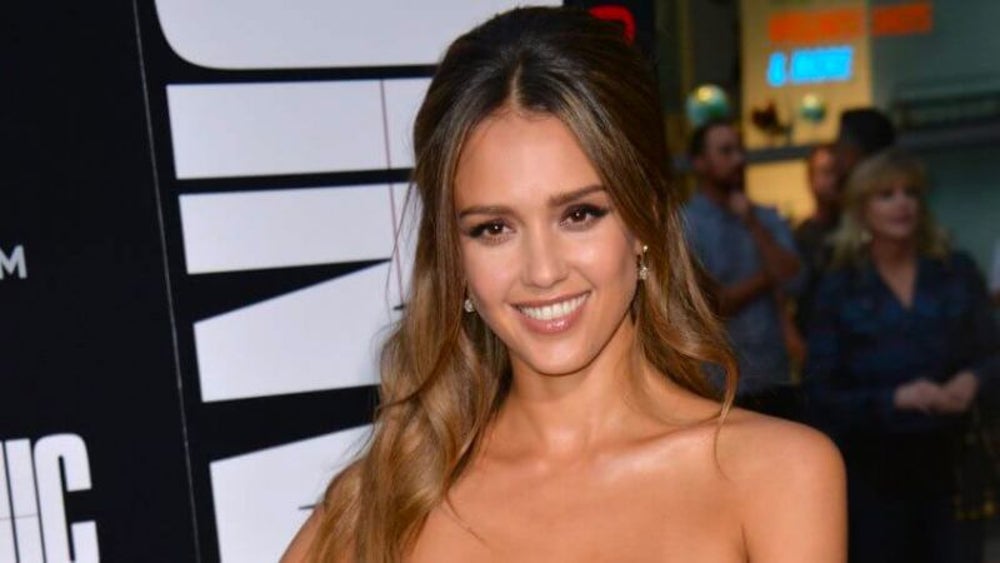 Valued at slightly less than $1 billion as of October 2017, Jessica Alba launched The Honest Company in 2012 to provide consumers with safe, nontoxic household and baby products. In 2016 the company enjoyed a reported $250 million in revenue. The "Fantastic Four" actress reportedly earns 15 percent to 20 percent of the company, according to Forbes.

But there has been some controversy surrounding the company. Previously worth an estimated $1.7 billion, The Honest Company cut its valuation after settling two lawsuits in summer 2017, reported Fortune. 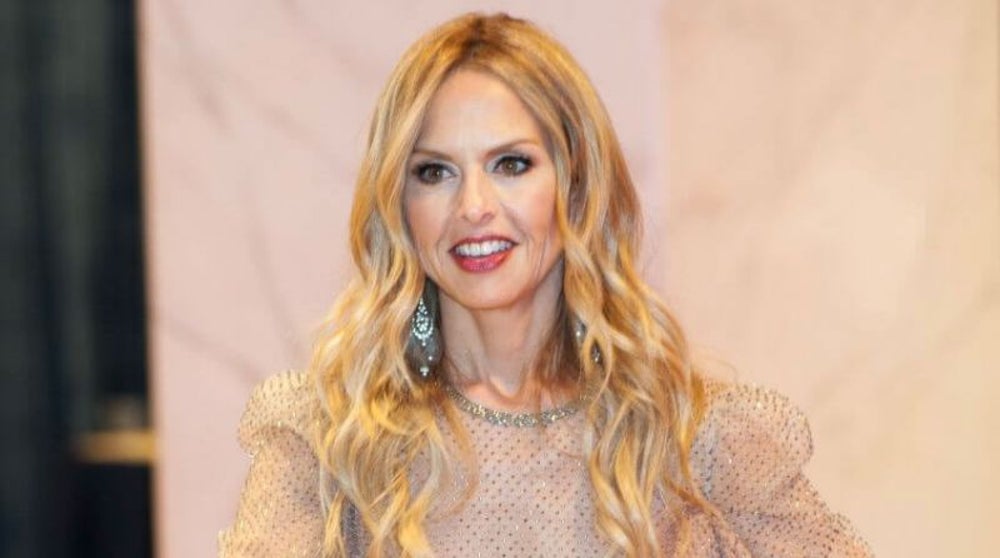 She got her start as a celebrity stylist, but Rachel Zoe has become a fashion powerhouse. In 2009, she launched the digital media property The Zoe Report, which has amassed more than 1.3 million subscribers. Since 2011, she also designed her own line, the Rachel Zoe Collection, featuring clothing, shoes, handbags and jewelry. 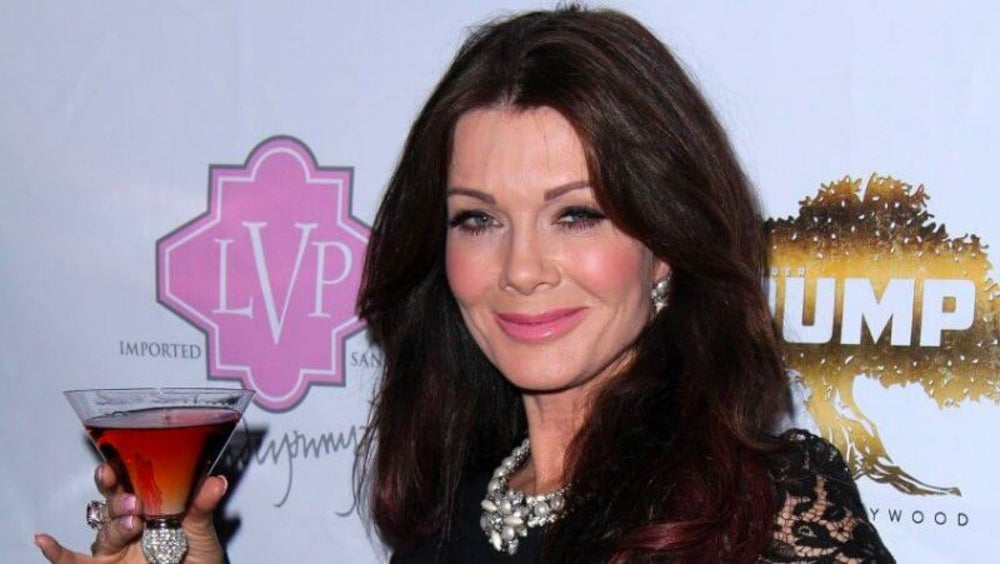 Restaurateur Lisa Vanderpump and her husband have owned nearly 30 establishments, including Pump and SUR in West Hollywood, Calif., which are regularly featured on her Bravo reality show, "Vanderpump Rules."

The empire of "The Real Housewives of Beverly Hills" star also includes Vanderpump Pets, which sells luxury pet items, and LVP Sangria, a bottled version of her signature recipe. 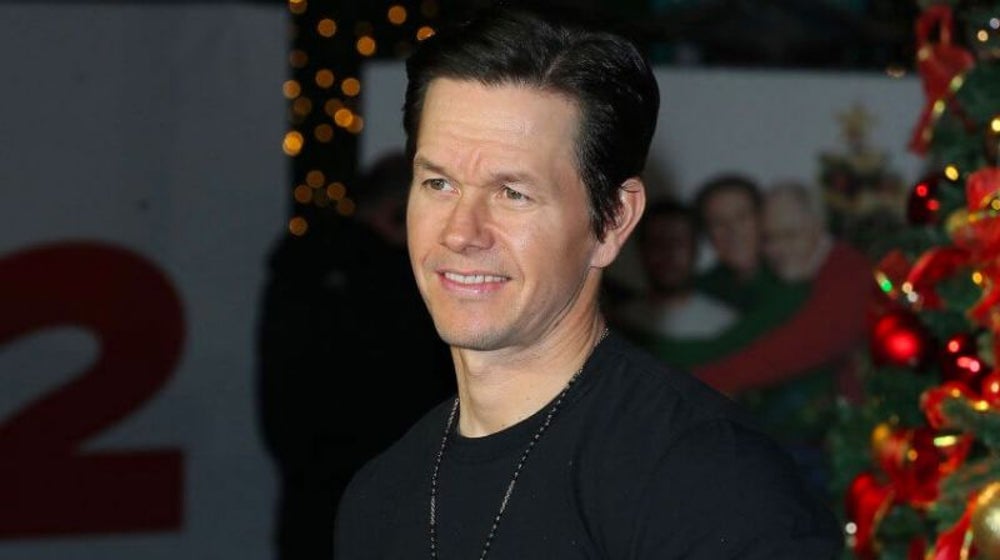 Documented on A&E's "Wahlburgers," Mark Wahlberg is in the burger business with brothers Donnie and Paul. The family's burger chain has locations in 14 states and Canada. In August 2017, it struck a deal with grocer Hy-Vee to open 26 more restaurants in the Midwest.

The "Daddy's Home 2" star is also a co-owner of water company Aquahydrate. 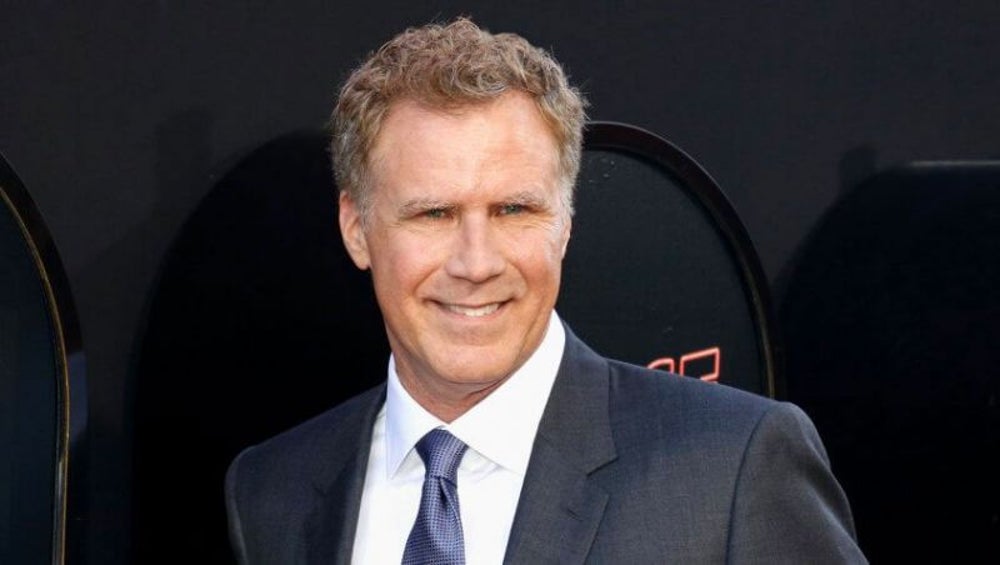 Will Ferrell co-founded comedy video website Funny or Die in 2007, with around $50,000 in funding, according to Variety. The site's inaugural video "The Landlord" — starring Ferrell — has garnered 85 million views to date. Now serving double duty as a production company, Funny or Die is behind several TV shows, including "Billy on the Street" and "@midnight." 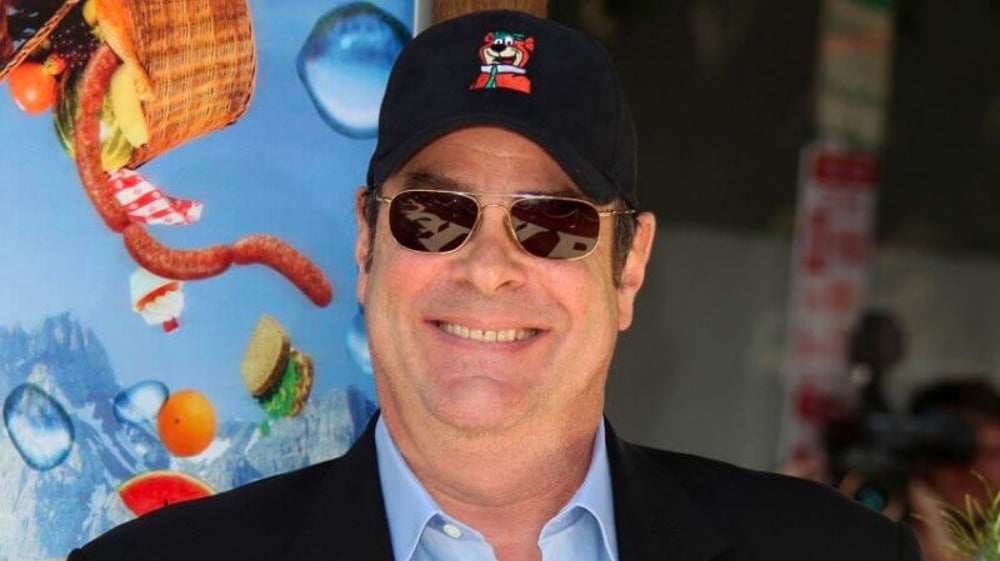 Fans know Dan Aykroyd as the star of classic films like "Ghostbusters," "Coneheads" and "The Blues Brothers," but he's also among the ranks of celebrity entrepreneurs — and celebrities who own vodka brands. 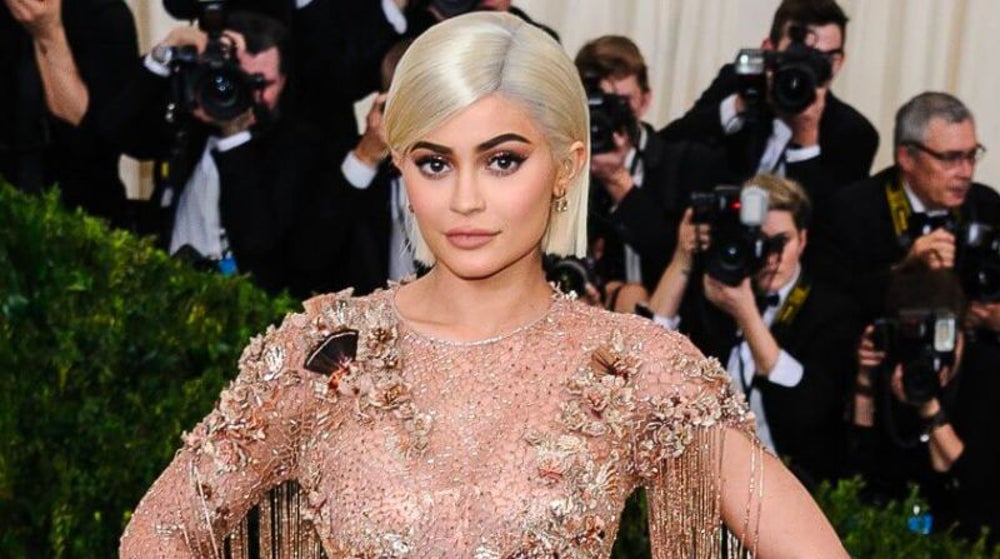 At 20 years old, Kylie Jenner is already among the top celebrity entrepreneurs, thanks to Kylie Cosmetics. The star earned $41 million in 2017, largely from her eponymous makeup company, according to Forbes. Launched in 2016, the company achieved $420 million in retail sales in just 18 months, her mother Kris Jenner revealed in an Aug. 2017 interview with Women's Wear Daily. 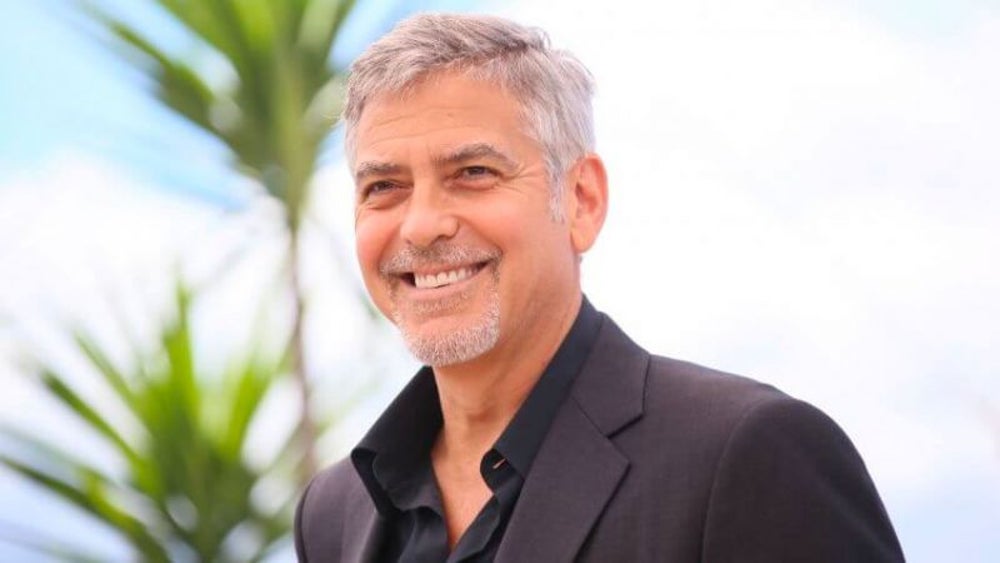 Along with friends Rande Gerber and Michael Meldman, George Clooney decided to start making tequila for friends and family during his many trips to Mexico. After developing the perfect recipe, they ordered so much of the spirit each year, the company making it forced them to get licensed.

In 2013, Casamigos Tequila hit liquor stores, and it was such a success that beverage company Diageo purchased it for up to $1 billion in 2017. 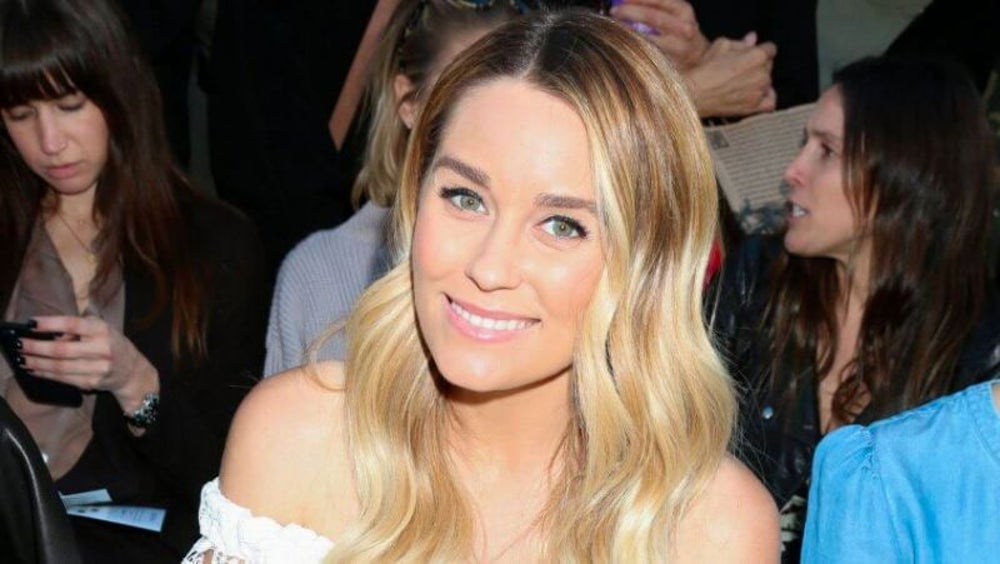 She rose to fame on the MTV reality shows "Laguna Beach" and "The Hills," but Lauren Conrad has emerged as a lifestyle guru and entrepreneur. Since 2009, the clothing designer has partnered with Kohl's on her LC Lauren Conrad line, and she launched her own label Paper Crown in 2010 with business partner Maura McManus. 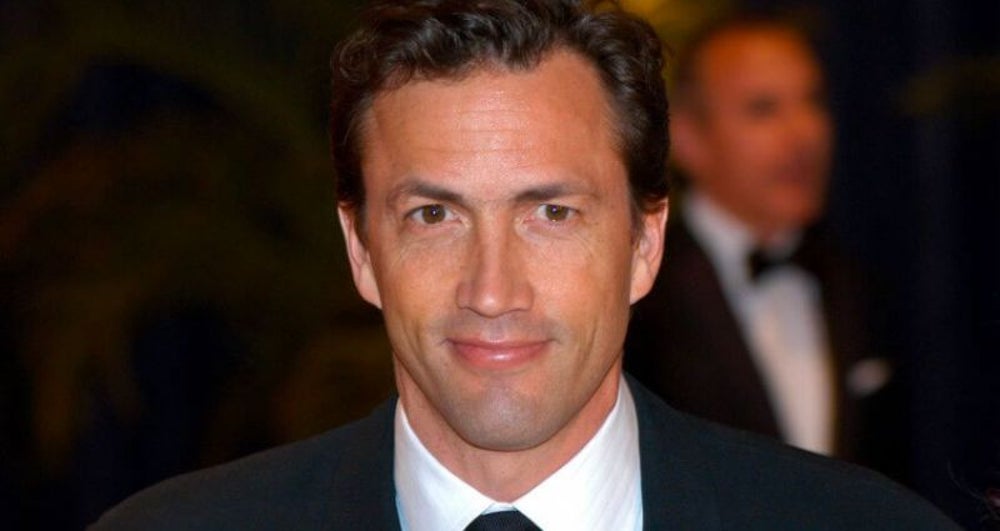 "Melrose Place" alum Andrew Shue is now a tech mogul. In 2006, he co-founded the site CafeMom with his childhood friend Michael Sanchez. The online mom community now gets 25 million monthly visitors, and in 2015, it expanded into the multi-platform CafeMedia. The duo also founded youth volunteerism and activism organization DoSomething.org in 1993. 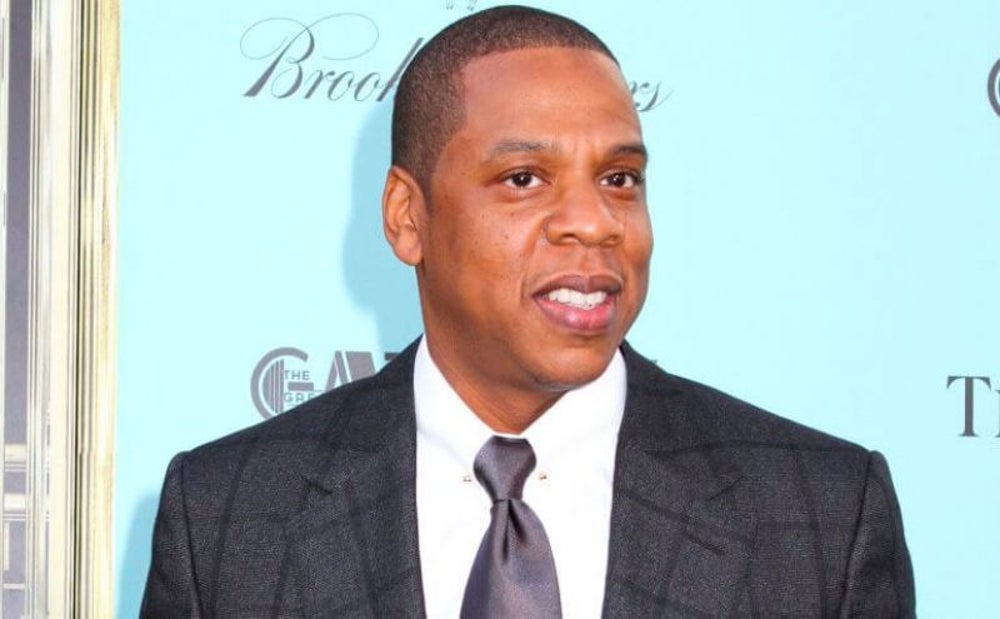 A diverse business portfolio has made Jay Z one of the most successful celebrity entrepreneurs. He founded entertainment company Roc Nation in 2008, and in 2015, he purchased streaming platform Tidal for $56 million, which was valued at $600 million in 2017. The "4:44" rapper also has an estimated $50 million stake in Armand de Brignac champagne, according to Forbes. 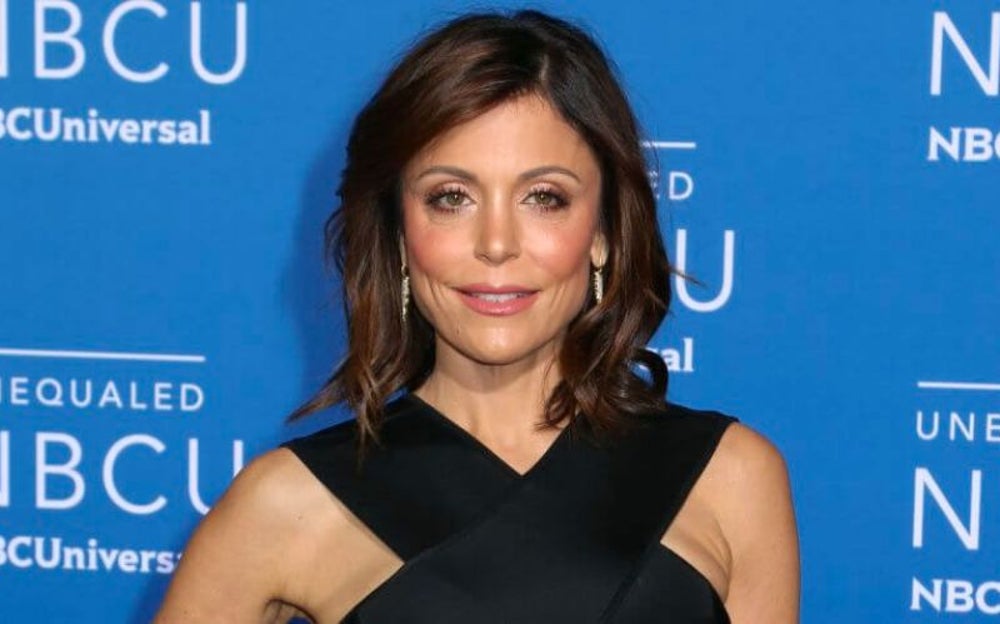 Bethenny Frankel, star of "The Real Housewives of New York City," sits atop a $100 million Skinnygirl lifestyle empire. The brand started as Skinnygirl Cocktails — she sold it in 2011 to Beam Global for an undisclosed sum that Forbes estimates at $100 million — but now includes a range of products from shapewear to salad dressing. 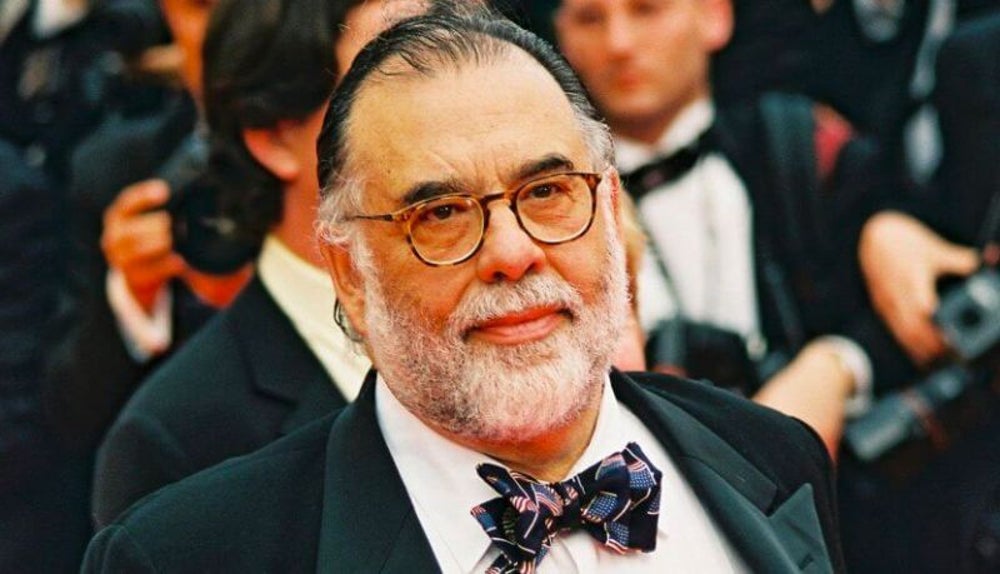 Academy Award-winning director Francis Ford Coppola has been involved in the wine industry for roughly 40 years, but he's now building a new vineyard-inspired empire. Along with his wife Eleanor, the Hollywood heavyweight purchased what is now called the Francis Ford Coppola Winery in 2006. Located in Sonoma County, Calif., 10 wines fall under the brand's umbrella, and its onsite production facility can produce up to 10,000 cases per day. 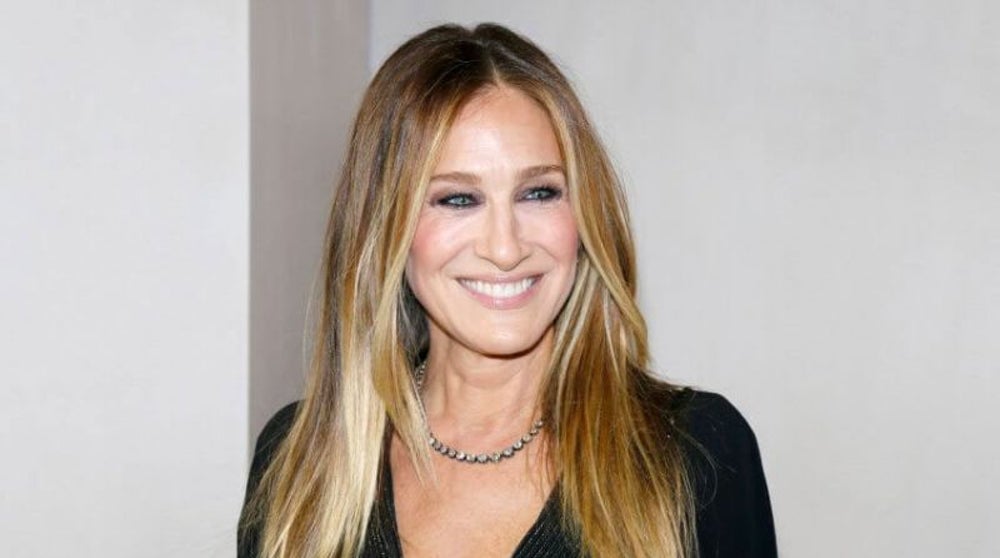 Best known as shoe-obsessed Carrie Bradshaw in "Sex and the City," Sarah Jessica Parker launched the SJP Collection in 2014. The luxury shoe line has a boutique at the Bellagio hotel in Las Vegas and MGM National Harbor in Oxon Hill, Md. Prices typically range between $200 to $400 per pair. And although she's worth millions, SJP is one of the few celebrities who live like the average Joe. 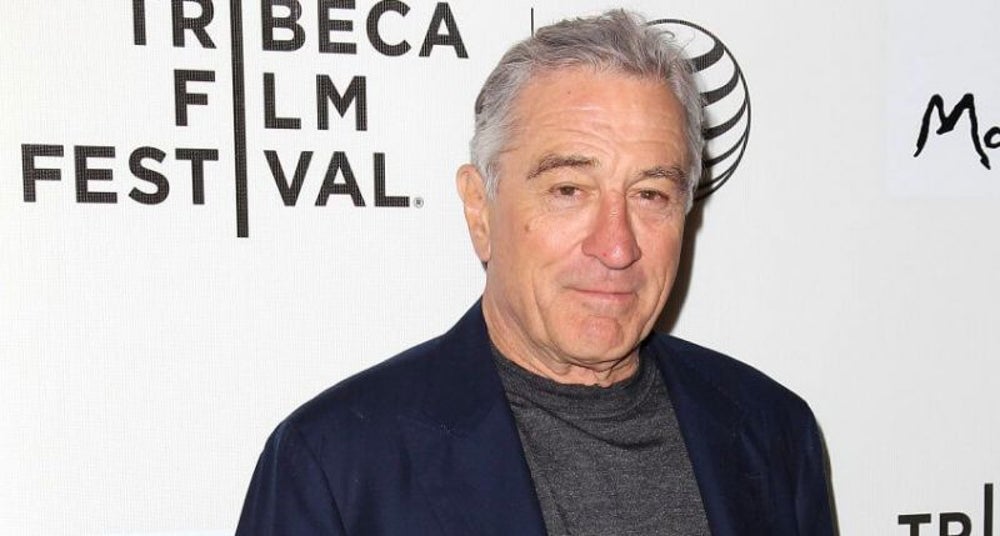 Robert De Niro is another celebrity making serious money in the food industry. In 1994, De Niro partnered with Chef Nobu Matsuhisa to open Japanese restaurant Nobu, which now consists of 30 locations and five Nobu hotels. The "Dirty Grandpa" star has an ownership stake in several other restaurants, including New York City's Locanda Verde and the Tribeca Grill. Additionally, he co-founded media company Tribeca Enterprises in 2003. 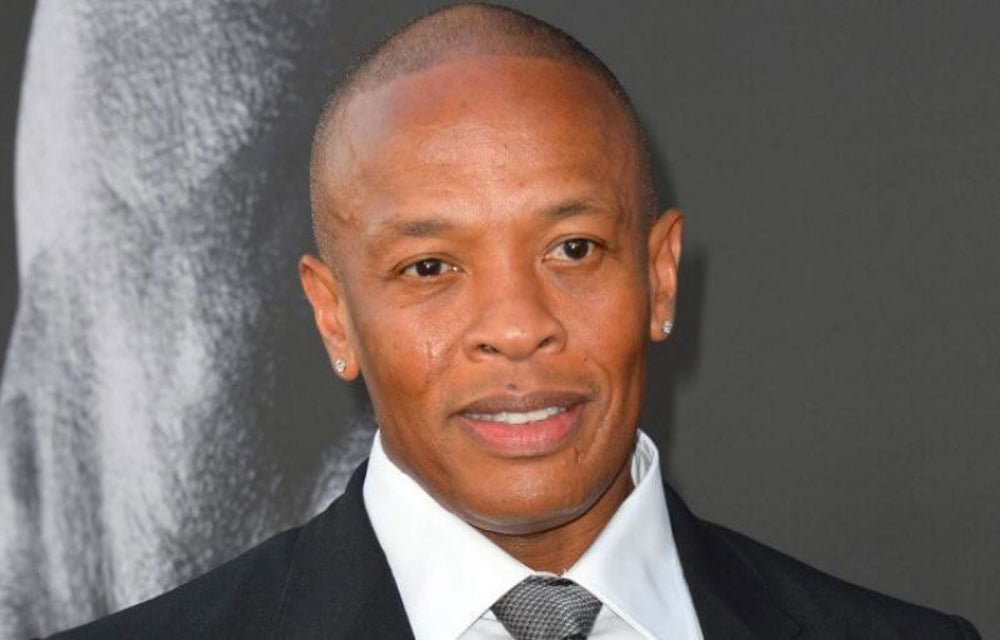 Former N.W.A. member Dr. Dre is one of the wealthiest celebrity entrepreneurs in recent history — or maybe ever — thanks to his ear for music. Along with iconic music producer Jimmy Iovine, he founded audio brand Beats by Dr. Dre in 2006. In 2014, their Beats Music and Beats Electronics was purchased by Apple for $3 billion. Now, the hip hop and business mogul is worth almost $1 billion. 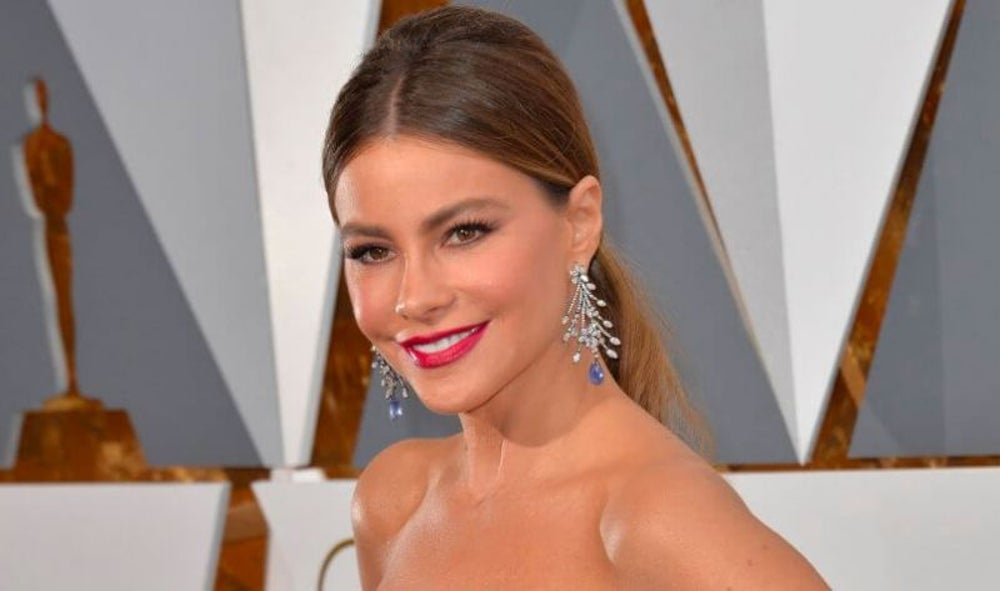 In 2017, "Modern Family" star Sofia Vergara co-founded the subscription-based underwear company EBY. Three pairs of underwear cost $48, and they're delivered on a monthly, bi-monthly or quarterly basis. One of the most philanthropic famous entrepreneurs, 10 percent of net sales goes to the Seven Bar Foundation, which helps women in poverty to start small businesses.