8 Ways to Come Up With a Business Idea

Jane Porter
Writer and editor
January 15, 2013 5 min read
Opinions expressed by Entrepreneur contributors are their own.

The start of the year is a great time to gear up to start a business. But, of course, you first need to figure out a winning concept. "You have to come up with a lot of ideas to be successful," says Stephen Key, cofounder of the website inventright.com based in Glenbrook, Nev., and author of One Simple Idea for Startups and Entrepreneurs: Live Your Dreams and Create Your Own Profitable Company, (McGraw-Hill, 2012).

Key, who has licensed more than 20 products in the last 25 years, says he generates ideas by finding different ways to engage his mind, from walking the aisles of stores to brainstorming about holes in the marketplace.

Here are eight techniques from Key and other experts that could help get your creative juices flowing:

Ask yourself, "What's next? 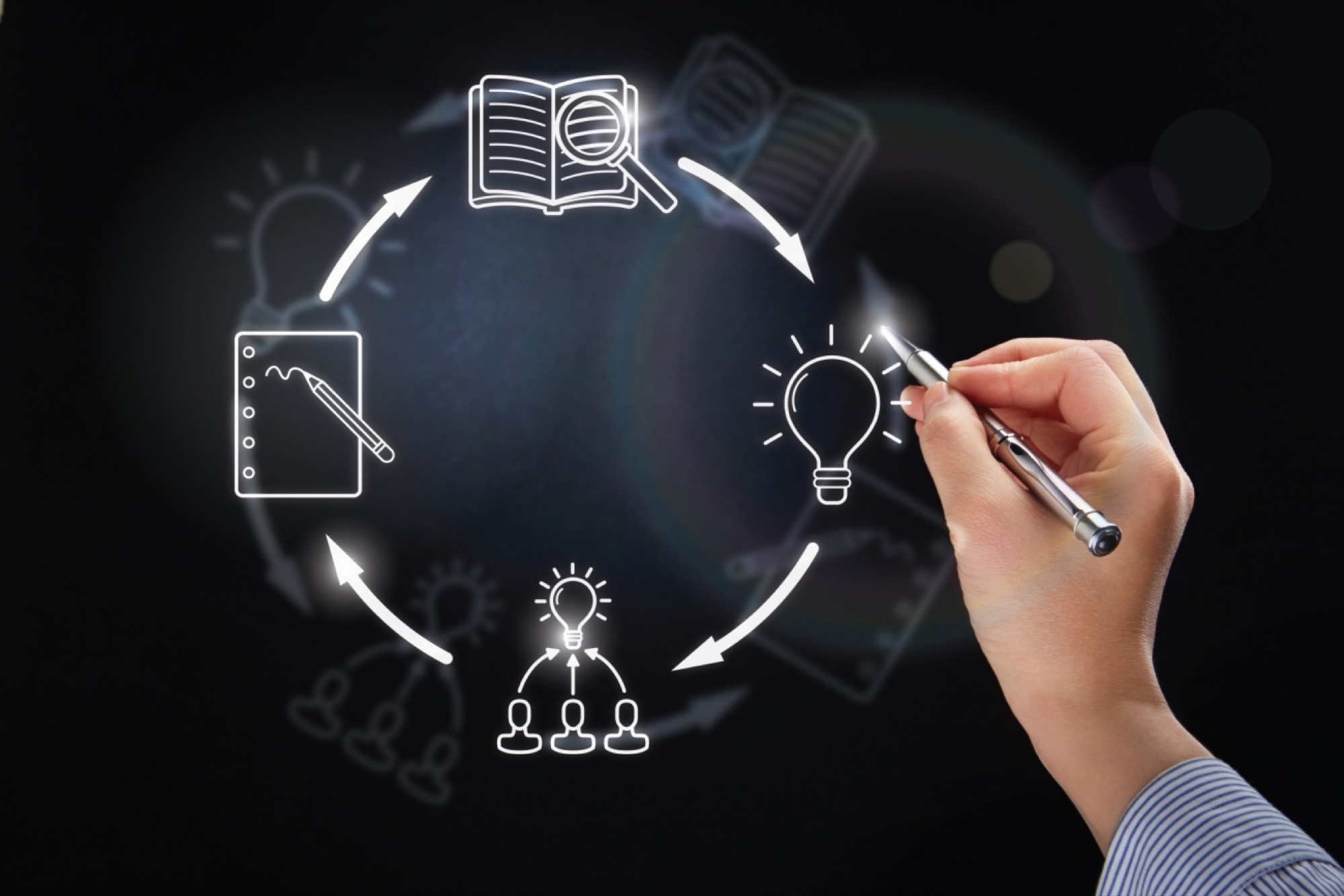 Successful business ideas are often ahead of the curve. Think about trends and technologies on the horizon and how you might move into those areas, says Sergio Monsalve, partner at Norwest Venture Partners, a Palo Alto, Calif.-based venture capital group. He suggests, for example, thinking about innovations related to the living room and home entertainment systems now that companies like Apple are developing new television technologies. "What can that mean in terms of new ways to live in your house and be entertained?" he says.

Related: How to Turn a Worthless Business Idea into a Million-Dollar Startup

Do something about what bugs you 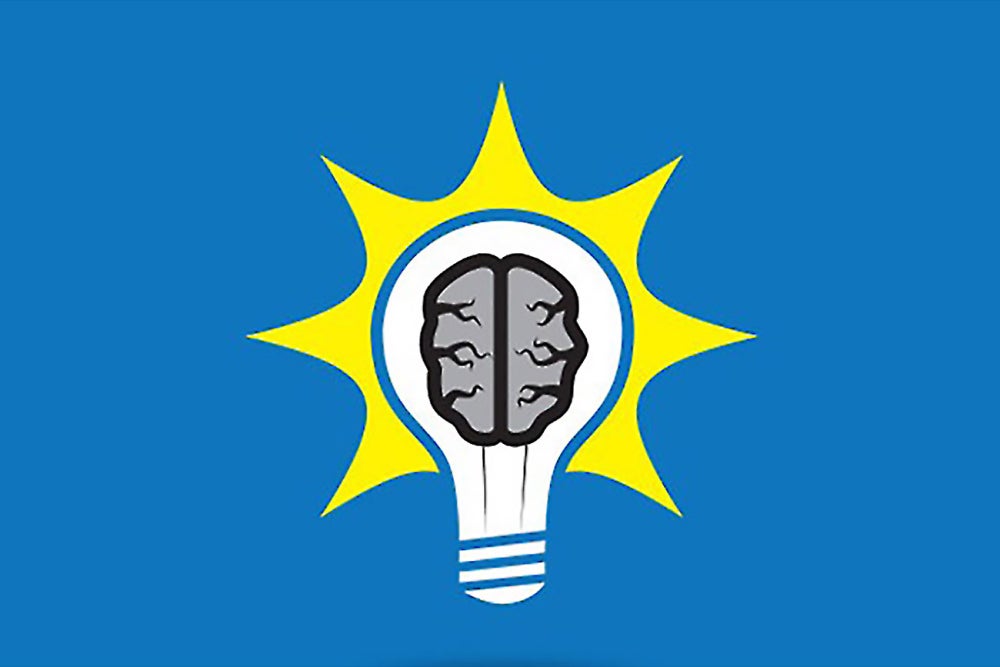 When Colin Barceloux was in college, he thought textbooks cost far too much. In 2007, two years after graduating, he decided to take action and founded Bookrenter.com, a San Mateo, Calif.-based business that offers textbook rentals at about a 60 percent discount. What began as a one-man operation created out of frustration now has 1.5 million users and 200 employees. "You just have to look at what frustrates you," he says. "There's your business idea right there." 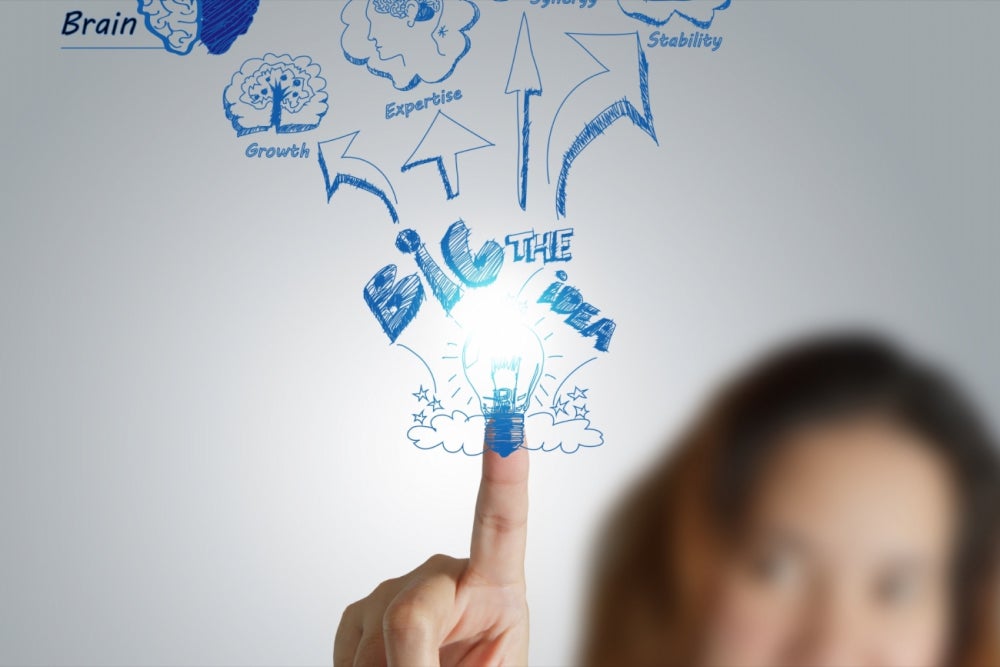 Your business idea doesn't have to reinvent the wheel. Take a look at what some of the big players in an industry are missing and figure out if you can fill the gaps, Key says. In 2003, for instance, he started the company Hot Picks, now based in San Jose, Calif., after realizing the major brands in the guitar pick industry weren't offering collectible novelty picks. Key designed a skull-shaped pick that filled an empty niche and was sold in 1,000 stores, including Wal-Mart and 7-Eleven. "The big guys leave a tremendous amount of opportunity on the table," he says.

Apply your skills to an entirely new field 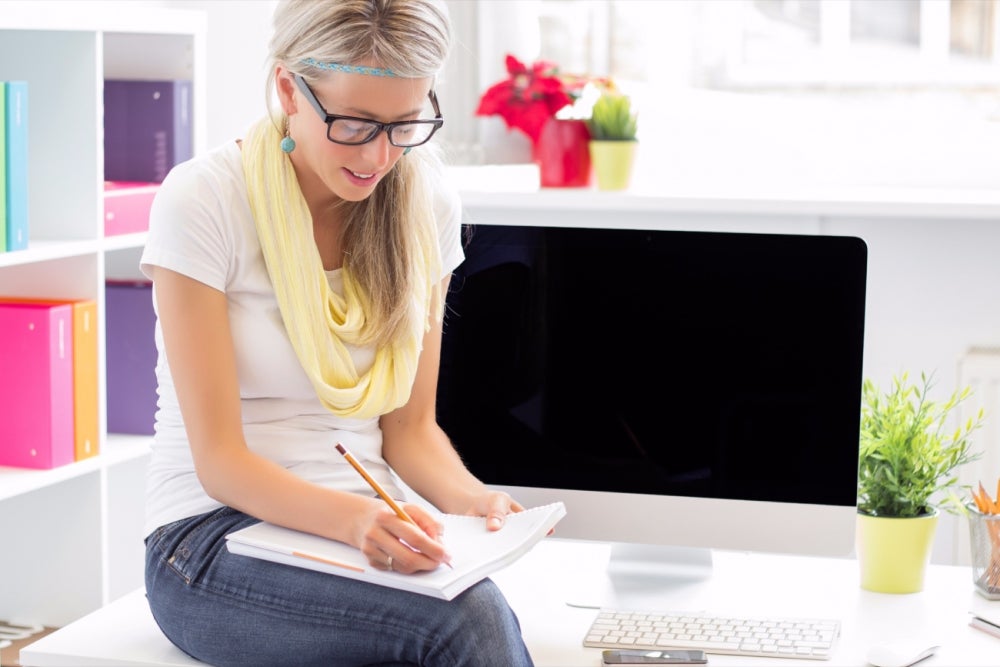 Think about your skills and whether they might be useful in a new area, suggests Bill Fischer, professor ofinnovation management ?at IMD?, the top-rated Swiss business school, and co-author of The Idea Hunter: How to Find the Best Ideas and Make them Happen (Jossey-Bass, 2011). Consider, for example, JMC Soundboard, a Switzerland-based company that builds high-end loudspeakers. Jeanmichel Capt invented the speaker by applying his experience building guitars as a luthier, using the same resonance spruce to create a loudspeaker that produces a high-quality sound and looks like a sleek wood panel. There's also Providence, R.I.-based Dear Kate, a company founded by Julie Sygiel, who used her training in chemical engineering to create a stain-resistant, leak-proof underwear material that active women can use without worrying about menstrual leakage during a workout. 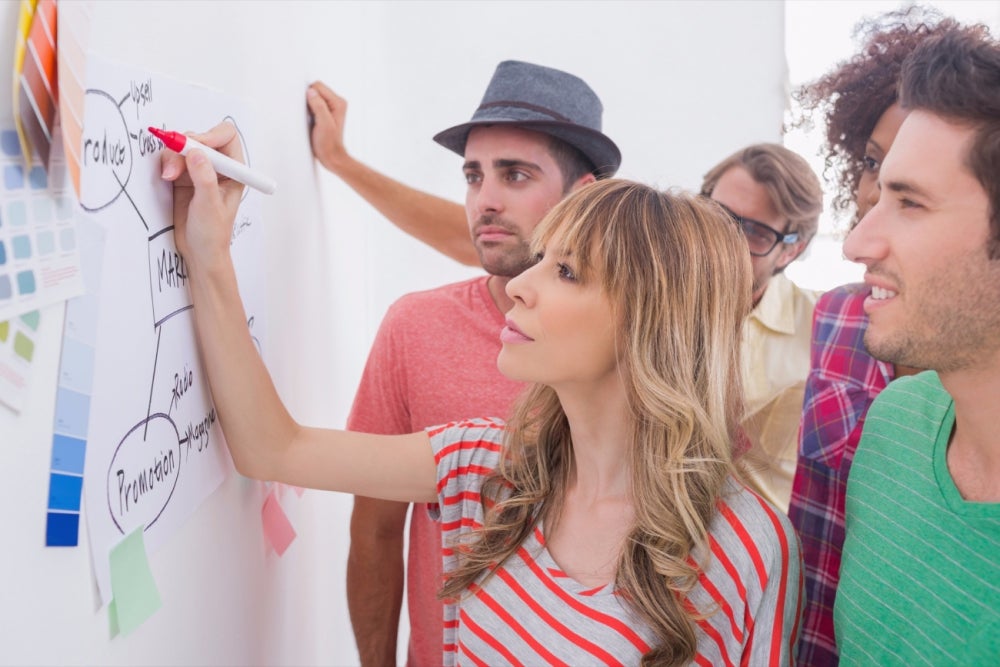 When coming up with ideas, Key likes to identify markets that haven't had many recent innovations. For example, when he realized there were few new developments in the product information label business, he created Spinformation, a label consisting of two layers--a top layer that rotates with open panels through which you can see, and a bottom label that you can read by spinning the top layer over it. Companies needing to fit more information about a medication, for example, could use the extra label space for the details.

Make a cheaper version of an existing product 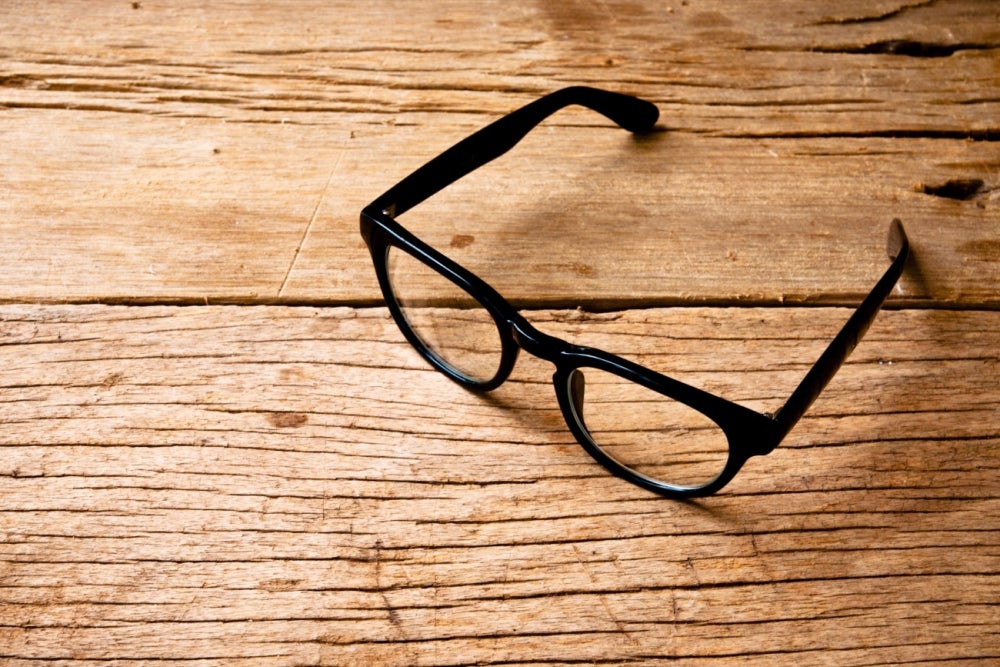 Companies often get their start by offering customers an existing product at a lower price. Take Warby Parker, an eyeglasses company launched in 2010 by four business school friends. The New York-based business sells prescription glasses, which are typically priced at $300 or more, for $95. Since its launch, it has grown to 100 employees. 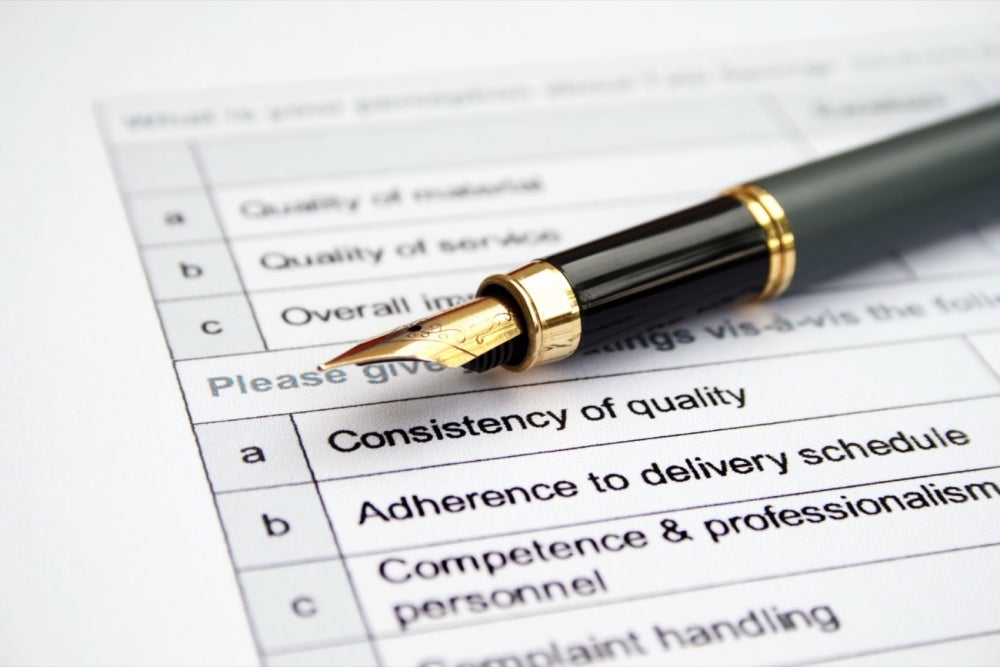 To come up with an idea that meets people's needs, there's no better way than by talking to shoppers. If you are interested in mountain bikes, hang out in the aisles of sports and bike shops and ask customers what they wish they could find in the marketplace. If you're interested in developing an e-commerce business, consider sending an online survey to potential customers to learn about their needs and interests.

Play the mix and match game 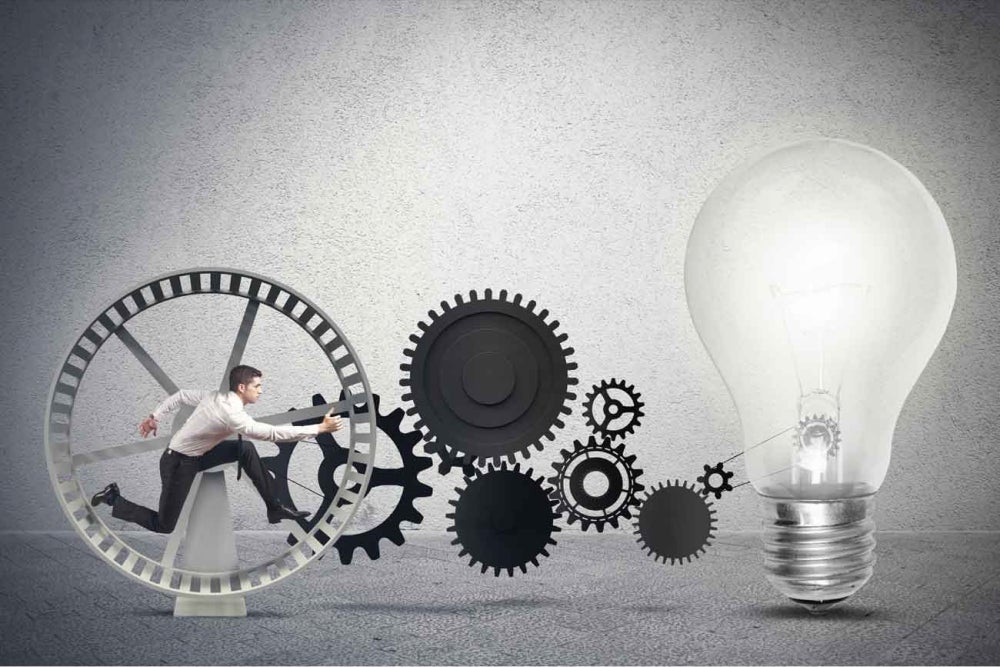 Image credit: Shutterstock
Walk up and down the aisles of a drug, hardware or toy store combining two products across the aisle from each other into one, Key says. That should spark quite a few ideas, but be prepared for most of them to be bad. "You will come up with all these horrible ideas, and every once in a while you will find some brilliant idea out there," he says.
More from Entrepreneur