Does anyone really need a 'smart belt'?
Next Article

Since the first CES 52 years ago, the world’s largest annual tech show has served as the debut platform for a host of buzzed-about gadgets. With the introduction of Royole’s foldable phone, LG’s rollable television and UBTECH Robotics’ in-home robot assistant, this year was no different. But there’s always a subplot of bizarre devices that seem unnecessary, ultra-niche or just plain out-there. Here’s a roundup of the most head-scratching gadgets we saw at CES 2019. 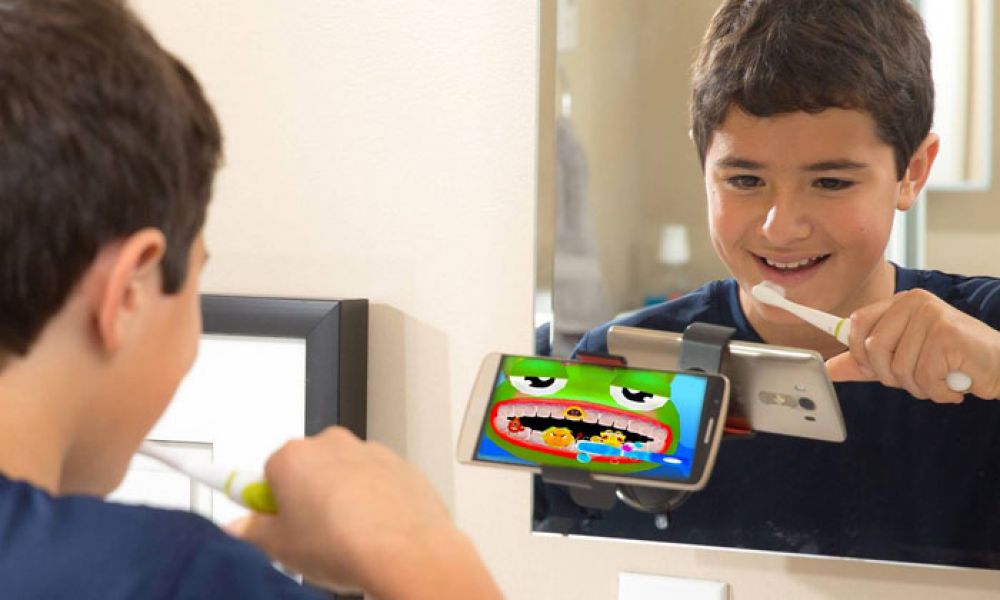 You may have thought your drugstore toothbrush was fine and dandy, but Grush -- the company behind an AI-powered toothbrush for kids at CES -- begs to differ. The toothbrush has features with out-there names such as “Gum Angle Detection,” “Tooth-to-Tooth Navigation” and “Artificial Intelligence Dentist” (that one reportedly analyzes your child’s brushing habits to improve health). It even offers a selection of brushing-related games. 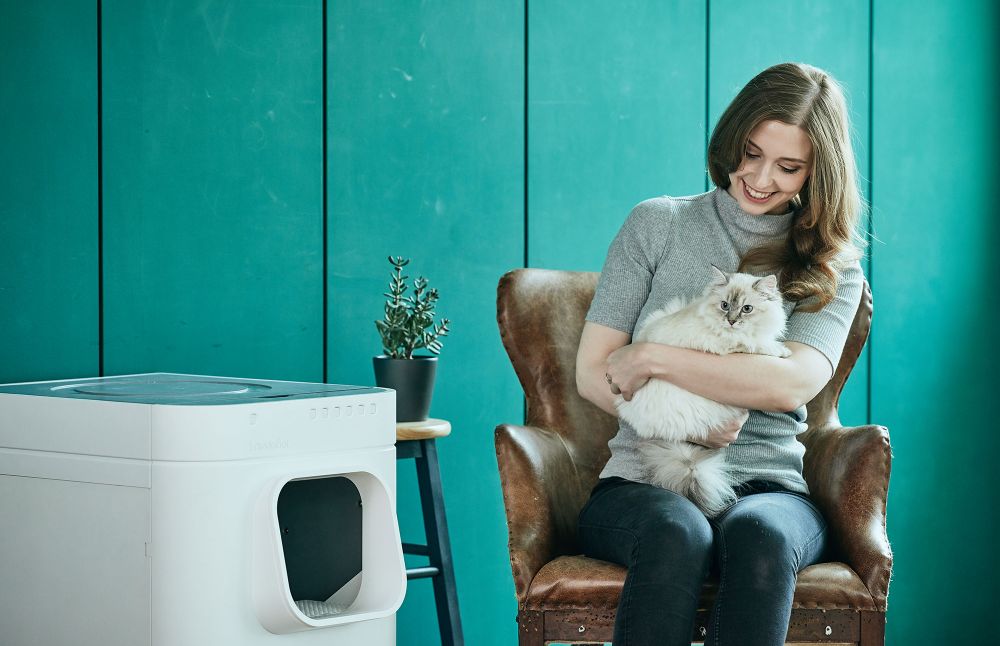 Image credit: LavvieBot
A connected litter box? No, we’re not kidding. LavvieBot claims to be the world’s first and only Internet of Things (IoT) cat litter box, and it both auto-cleans and refills litter. It’ll also shoot you a text when your cat poops, but we can’t quite pinpoint why you’d want that. 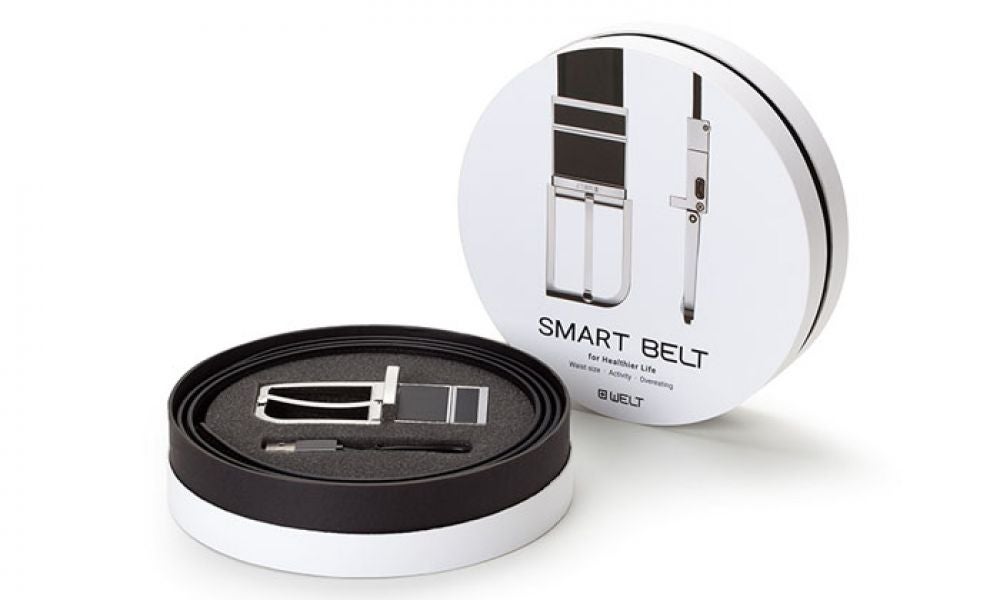 It’s a wellness wearable, it’s a belt, it’s … the WELT. (Yes, that’s really its name.) The leather belt connects to a user’s smartphone to provide information about their waist size and daily step count. But it’ll set you back a cool $199. 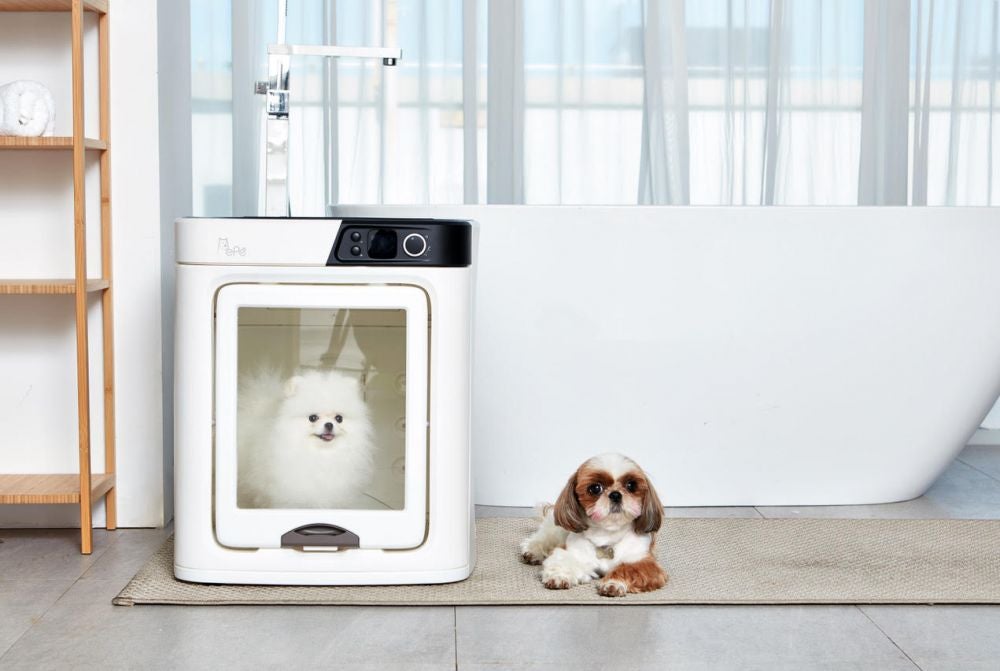 Pet tech company Pet Connexion introduced a potential cure for wet dog smell at CES: Pepe, a heated crate that can dry a small dog in about 25 minutes. But a pet sauna like this doesn’t come cheap -- it’ll set you back about $660 in Singapore, Korea and China, and it’s not yet available in the U.S.. 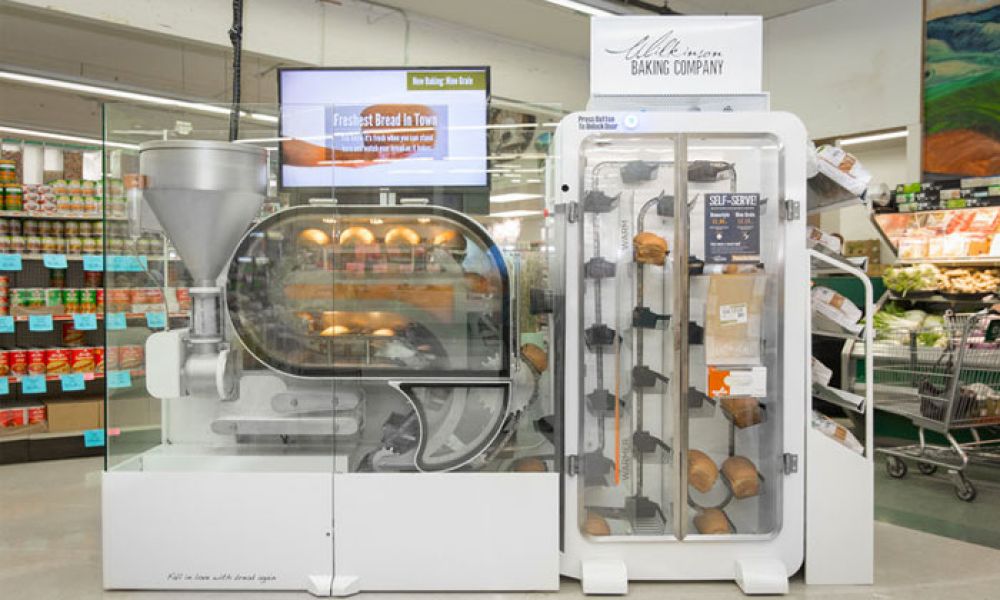 It’s bigger than a breadbox … or maybe even a hundred of them. BreadBot, dreamed up by the Wilkinson Baking Company, is -- as the name suggests -- a bread-making robot, putting out 10 fresh loaves per hour of any type you like (white, wheat, whole grain, etc.). It’s engineered with supermarkets and grocery stores in mind. Tell your friend with a sourdough starter that the robots are coming. 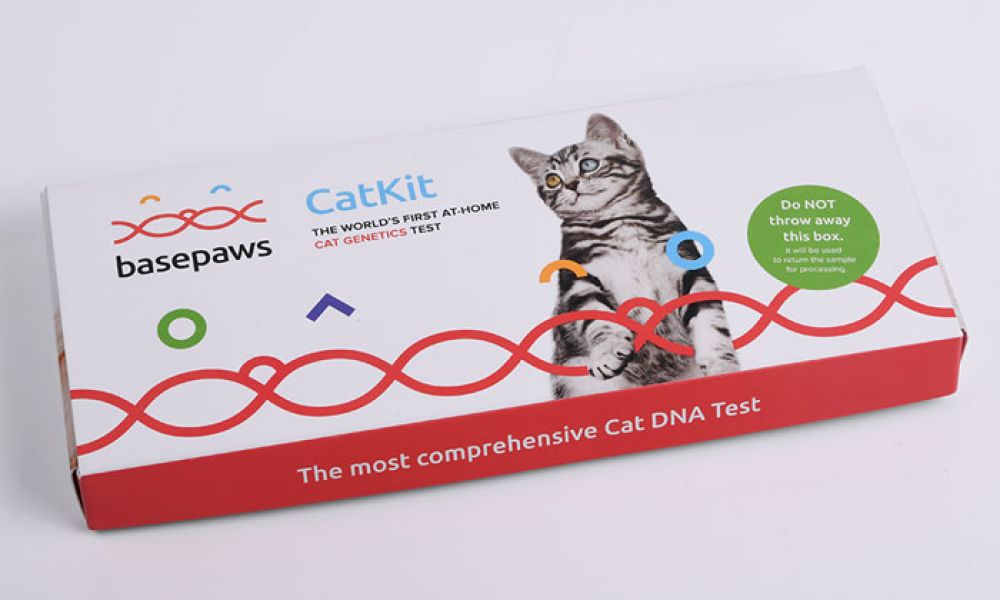 Who needs personal DNA tests like 23AndMe when you can genetically test your cat instead? The latter is what Basepaws is offering through its comprehensive CatKit. Owners can discover their feline friend’s ancestry, maternal and paternal tracing, family tree and even health information. Just don’t tell your kitty she was adopted. 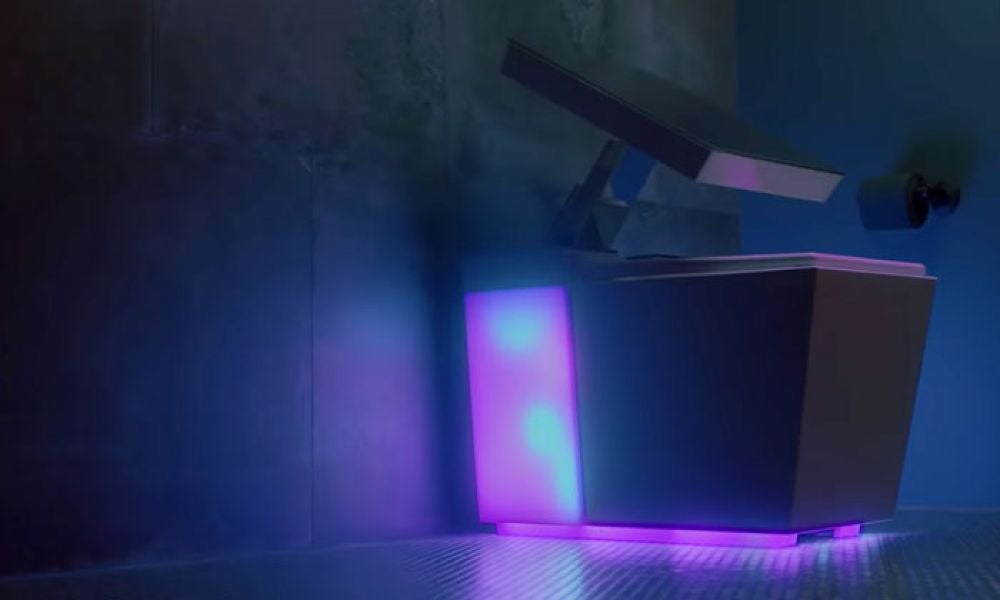 Almost nothing can surprise us anymore. Kohler’s $7,000 to $8,000 smart toilet -- called the Numi 2.0 -- comes with built-in speakers and a heated seat that auto-opens as you walk toward it. It’s Alexa-enabled, so you can ask the assistant to change the seat temperature or play a more soothing song fit for the abode. Next time you’d rather not stoop to push the handle, you can even ask Alexa to flush for you.

Diaper tech that alerts you when your child poops. 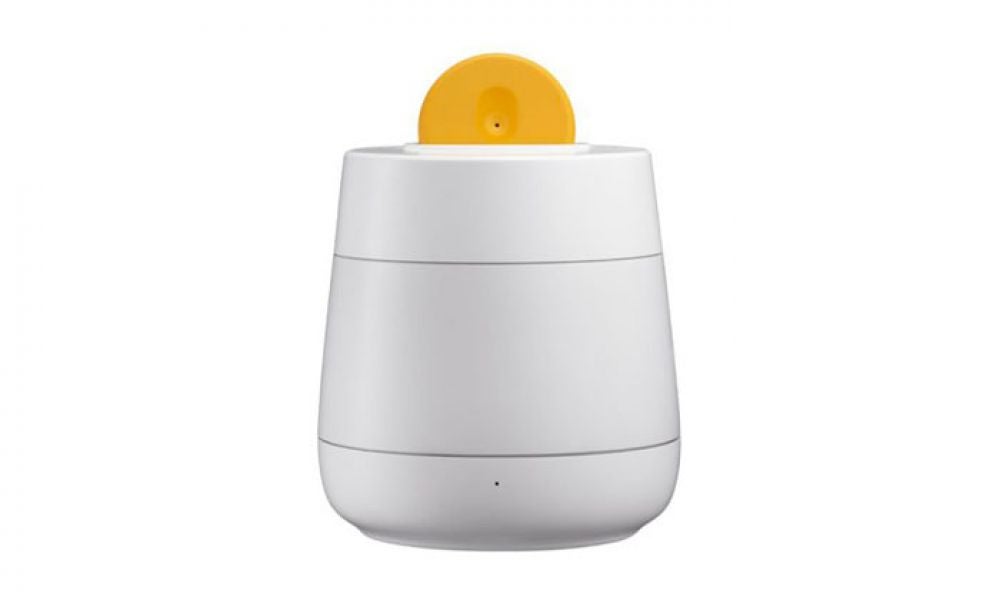 In keeping with bathroom tech, this yellow Bluetooth sensor by Monik is meant to be worn on the outside of a baby’s diaper. It then detects when your child has peed or pooped and sends you a smartphone alert.

An AI-driven wearable for networking. 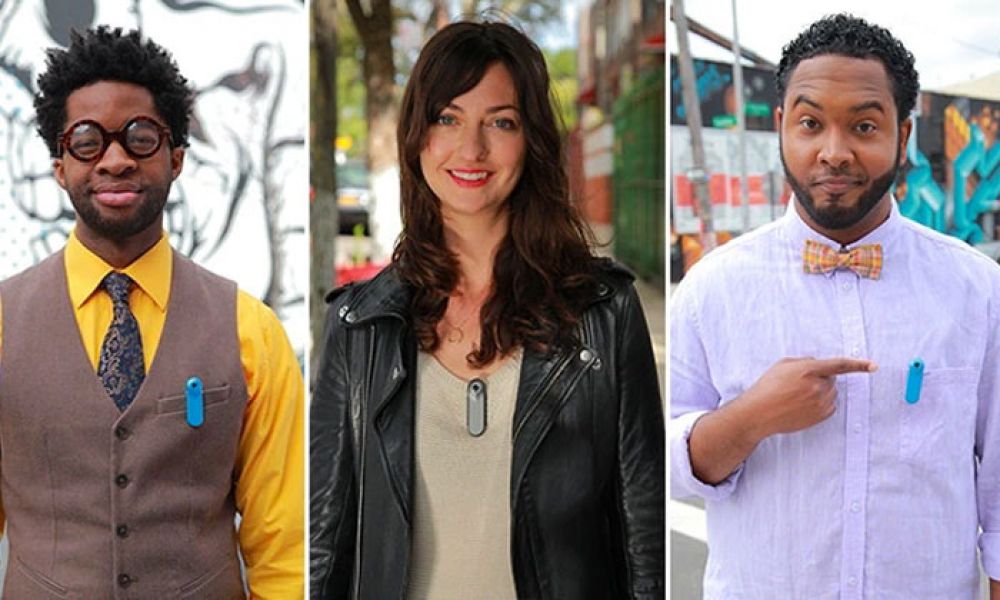 It seems straight out of an episode of Black Mirror, but wearable tech company OrCam showed off a new device at CES called MyMe. The company says it has a host of uses, such as the idea that it “monitors social interactions, quantifies work-life balance, enables social goals and gathers and provides data to the user.” One of the strangest? In networking situations, MyMe automatically reads business cards and name tags, groups new contacts and -- perhaps most eyebrow-raising -- recognizes faces via blurred photos taken with an onboard camera.

A sensor that adjusts smart home devices based on who’s entering a room. 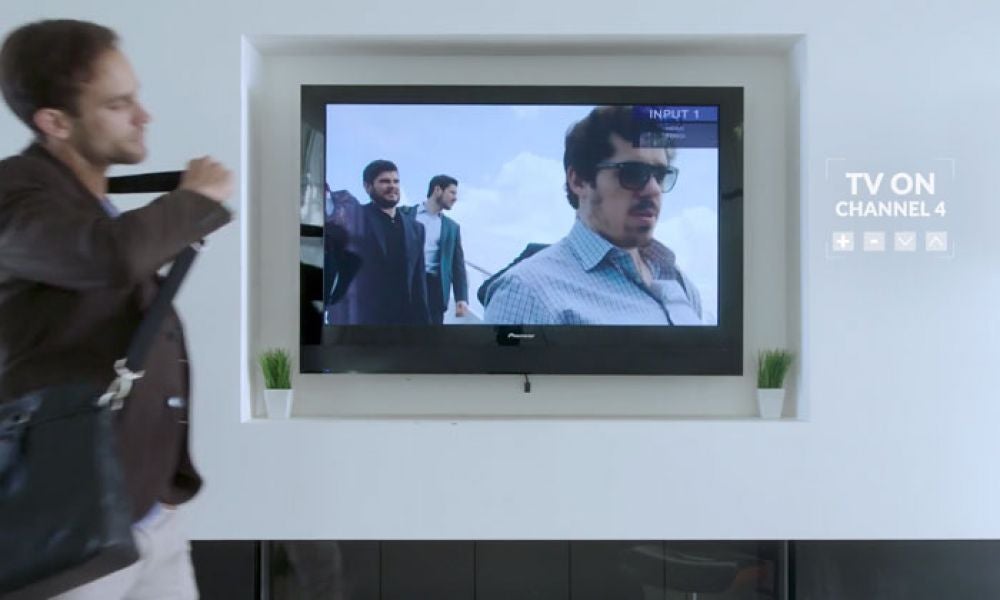 In case you get tired of setting your own thermostat or turning on your own lights, “intelligent presence sensor” RoomMe detects who has entered any given room in a home and adjusts smart devices according to their personal preference. (Alexa who?)