Looking to make money from home or in your free time? Here are some realistic ways to do it.
Next Article

“Easy money” is the white whale when it comes to working. Everyone wants it, many platforms promise it, and it’s rare to find it outside of a fictional tale.

But in the pursuit of extra cash, more Americans may be going after side hustles than previously thought, according to a new ZipRecruiter survey conducted exclusively for Entrepreneur. Although data from the U.S. Bureau of Labor Statistics suggests that 5.1 percent of U.S. workers held multiple jobs in January, survey results suggest it may be three times that: Out of 3,200 employed individuals surveyed, 12.7 percent reported currently working two jobs — and 2.8 percent reported working three. Overall, 21.4 percent said it was typical for them to hold more than one job simultaneously.

If you're looking for a boost in side income, we’ve got good news — and it comes in the form of 15 ways to make extra cash without quitting on your main paycheck. (We also took time value into account here; if a moneymaking gig takes a while to start paying or only earns you pocket change, we opted not to include it.) From selling stock photos to watching movie previews, here’s a roundup of quick ways to boost your bottom line. 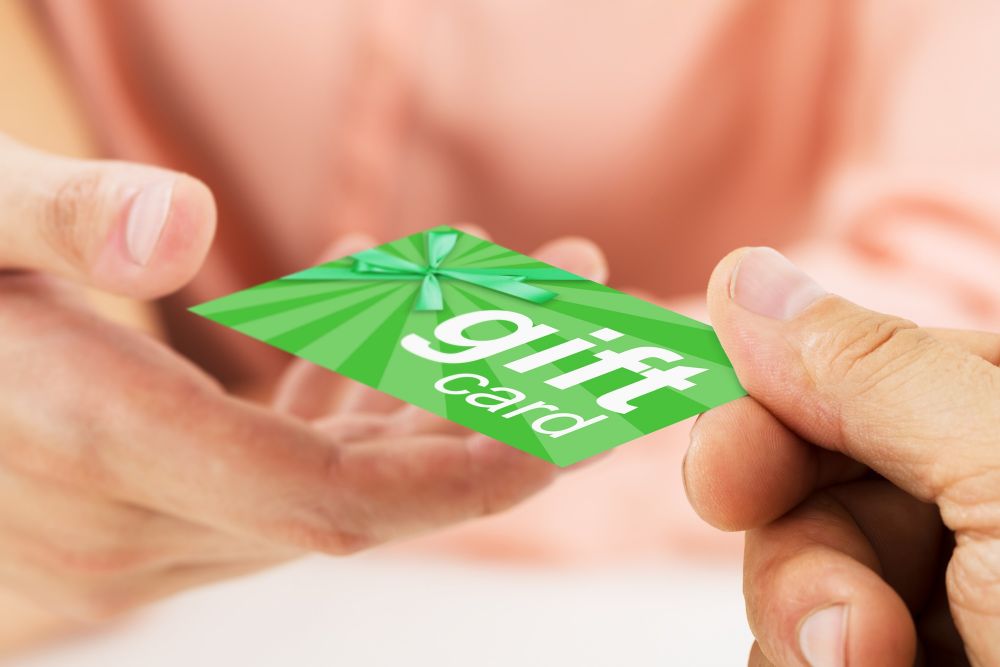 Dig around in your old wallets, purses and desk drawers, and there’s a good chance you’ll find a few forgotten gift cards lying around. Maybe you even received some as holiday gifts that you know you won’t use -- or you’d simply rather have cold, hard cash instead. On sites like CardKangaroo and Raise, you can trade your gift cards for an amount mailed by check (or transferred directly to your PayPal account). A $25 iTunes gift card, for example, should net you just above $15 on CardKangaroo, while you could trade $50 to J. Crew for a $35.09 check.

See if any unclaimed money belongs to you. 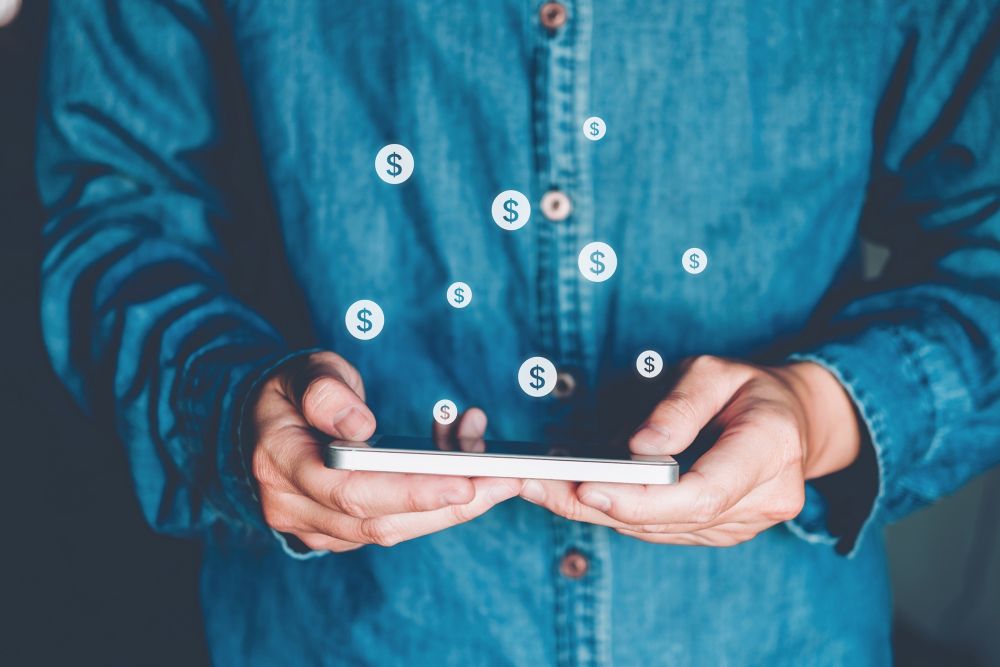 When people leave money behind with financial institutions or companies (think savings accounts, security deposits, IRS refunds and more), the government keeps it in an unclaimed property program for each state or locality. There are billions of unclaimed dollars out there, so it’s a good idea to search periodically under your own name and those of your family members. Start with MissingMoney.com and Unclaimed.org, which are both run by the National Association of Unclaimed Property Administrators (NAUPA). While you’re at it, you may as well search the following government databases: Workers Owed Wages (run by the U.S. Department of Labor), The National Registry of Unclaimed Retirement Benefits and The Pension Benefit Guaranty Corporation. 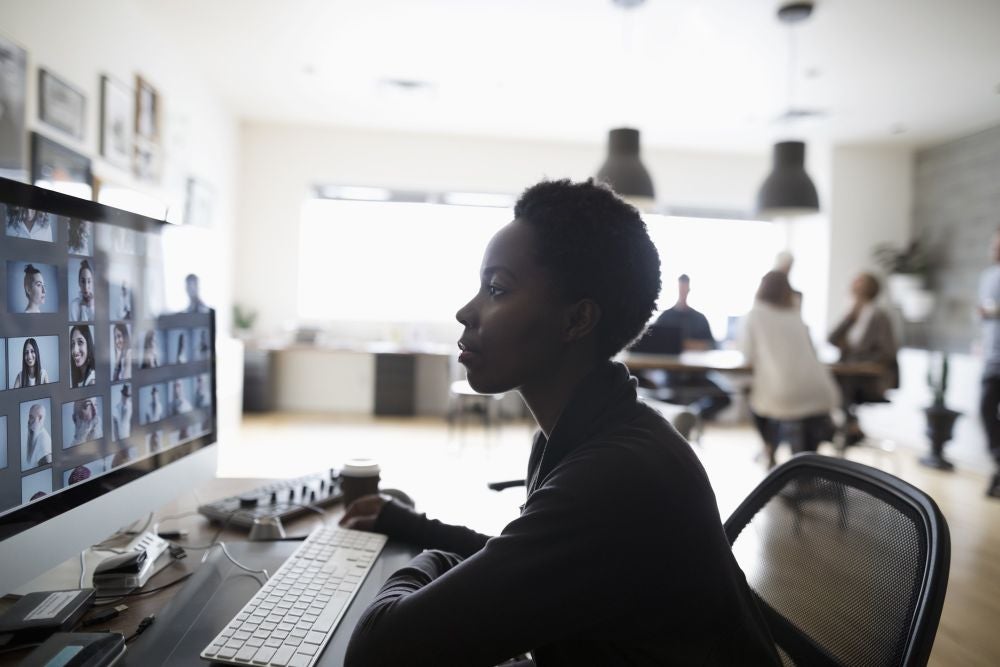 On websites like Shutterstock, iStock, Getty Images and Adobe Stock, you can apply to become a contributor, list your photos for sale and make a profit each time someone licenses a shot. When it comes to how much you could net, starting royalty rates for photography are as follows: 15 percent at iStock, 20 percent at Getty Images, 20 percent at Shutterstock and 33 percent at Adobe Stock. That money can serve as classic passive income: a payout for something you’ve already done. Just remember to read the fine print when it comes to the exclusivity clause (some companies may prohibit you from listing the same photo on multiple platforms).

Pick up a side gig driving ... 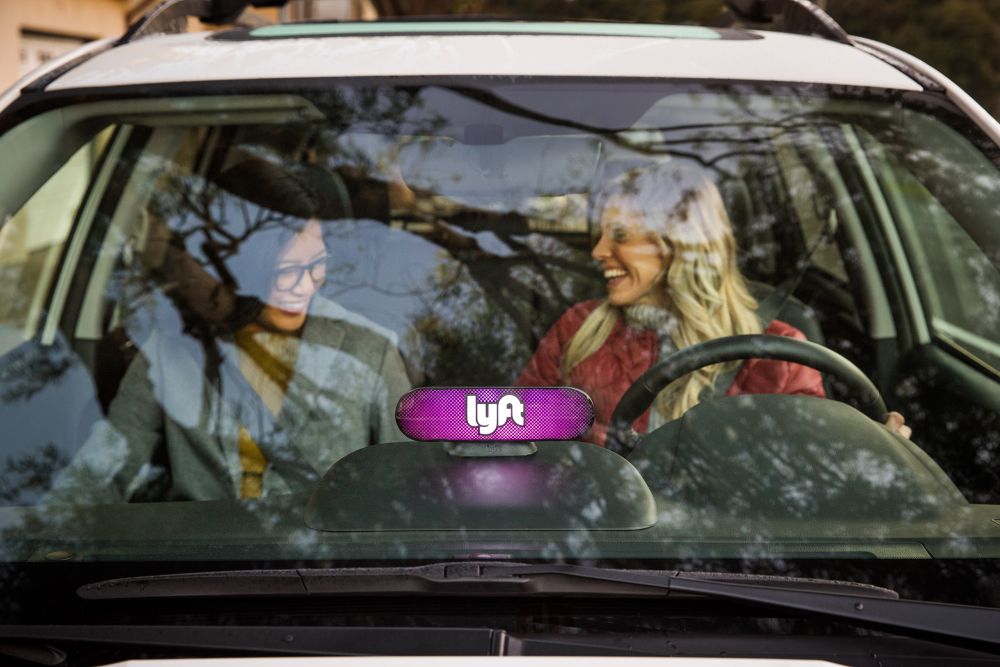 Looking to turn your wheels into a steady side gig? Consider driving people to and from their destinations around your city with a rideshare app. With Lyft, you could earn around $17.37 per hour; for Uber, it’s more like $16.90, according to industry blog The Rideshare Guy’s annual survey. If you’d rather deal with inanimate objects than people, Roadie may be more up your alley -- it’s a delivery service that connects people who want to ship items (furniture, pets, musical instruments and more) with drivers who are already on that route. The idea is to turn your unused vehicle space into cash -- most local gigs pay between $8 and $50, according to Roadie, though long-distance drives could net you $650 and up. 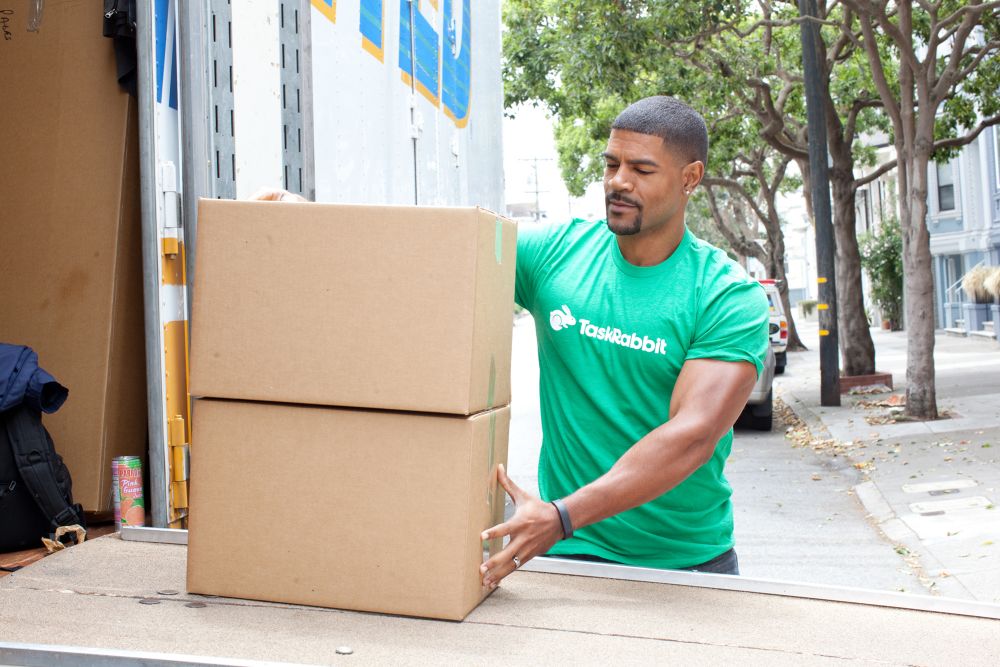 By picking up odd jobs on TaskRabbit, you can choose your rates for different tasks -- whether it’s building furniture, cleaning an apartment or even scheduling social media posts. Taskers are paid either hourly or per-task, and TaskRabbit takes 15 percent of the total payout in the form of a service fee. For a one-hour mounting and installation job in Manhattan, for example, Taskers’ rates ranged from close to $32 to just over $129, but many tended toward the $60 range. Subtract 15 percent from the rate, and you’re left with the Tasker’s take-home earnings for any gig.

… or watching kids or pets. 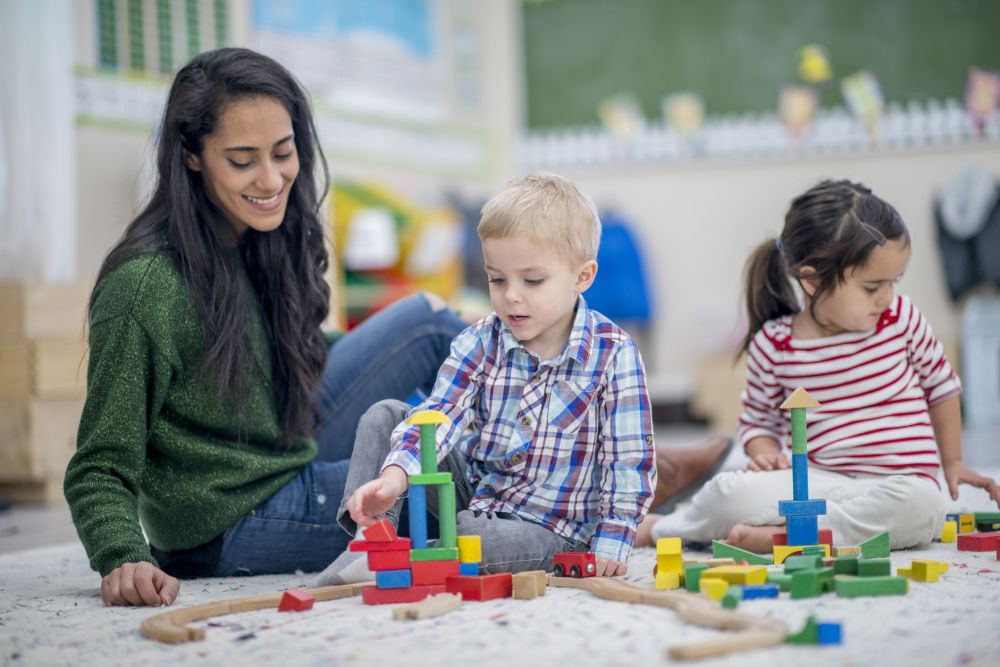 If you’re good with children, consider picking up a regular nannying job a few nights a month -- or even just one-off babysitting gigs whenever you’re free. Sittercity nannies reported an average rate of $15 per hour on Glassdoor, while nannies on Care.com reported an average hourly wage of $16. And if you prefer four-legged companions, try pet-sitting with sites like Wag or Rover. Watching a dog for one night a week can yield about $25 to $35 on Rover and about $23 to $40 on Wag, according to respective company representatives. And if you’d rather get moving as a dog-walker, the average Wag walker reported making $15 per hour -- and dog walkers with Rover reported the same average earnings rate.

Review sites and apps for cash. 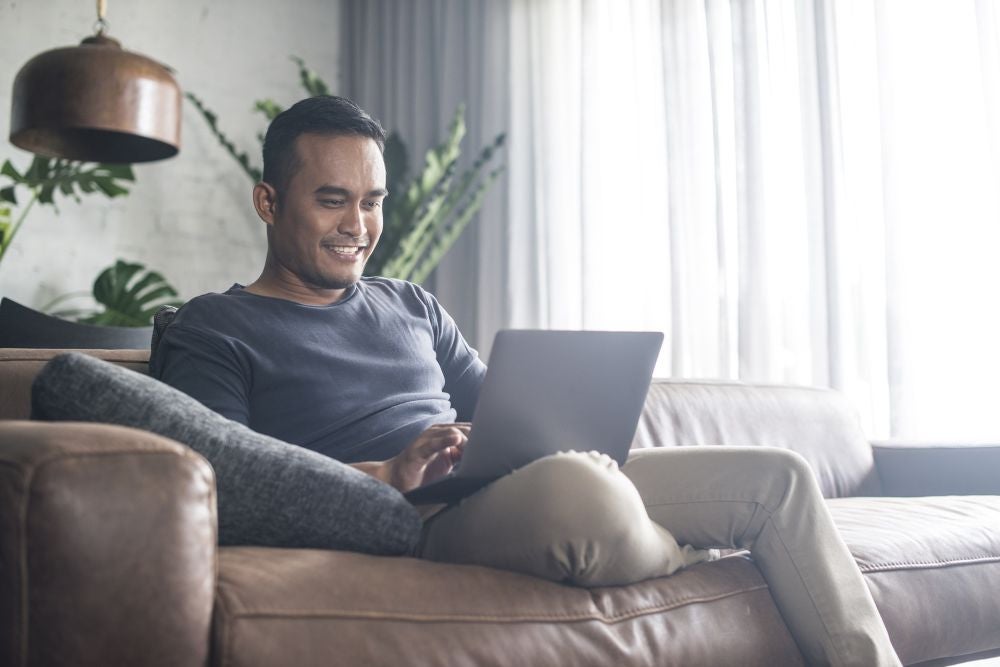 Sites like UserTesting.com will pay you to share your thoughts on user experience for different apps and websites. After signing up and taking a short test, you’ll be prompted to open different websites and apps, which will record your screen and your voice as you click around and describe your experience. UserTesting’s clients include Apple, Adobe and Facebook, and for every 20-minute session you complete, you’ll be paid $10. 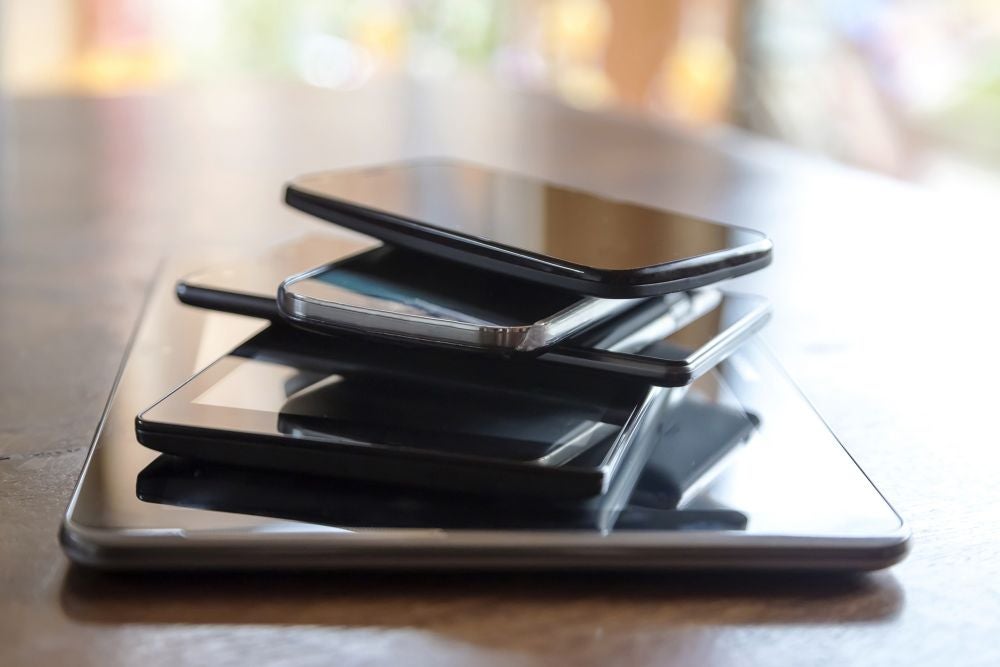 Through sites like Decluttr and and Gazelle, you can turn your old tech, such as smartphones, tablets and computers, into cash. A 256-gigabyte iPhone 8 Plus in good condition could earn you a cool $408 on Decluttr, but you don’t need to worry too much about wear and tear: Even with a cracked screen, that same iPhone 8 Plus could net you $81.60. (If you’re on a real Marie Kondo-esque organization kick, Decluttr will also accept gaming consoles, DVDs, CDs and books.) 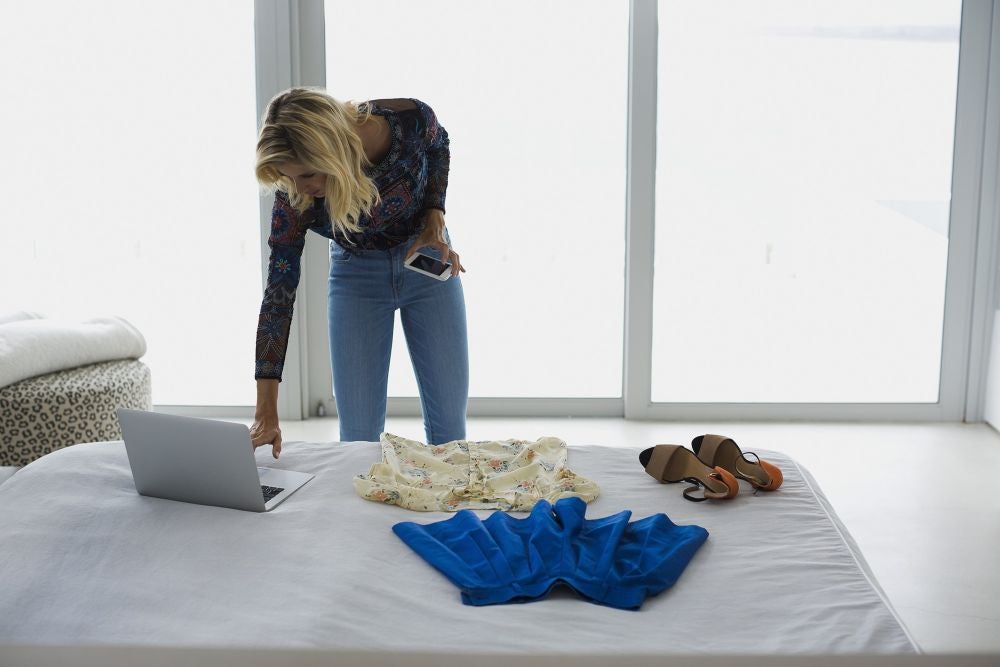 Do a closet deep-clean and sell your finds (read: that thing you’ve been meaning to wear forever but never actually do). Many online sellers consider luxury consignment site The RealReal a go-to for higher-end items, while Poshmark, a platform that allows sellers to set their own prices, works for everything else. As for how much you can actually earn per listing? Poshmark’s fee is $2.95 on items under $15 and 20% on items above that price. On The RealReal, your own commission depends on a number of factors outlined in this chart, but here’s an idea: For any item with an original resale list price of $145 or less, you’ll earn 40% of its sale price. For a handbag with a resale list price of $5,000 or above, you’ll earn an 80 percent commission. 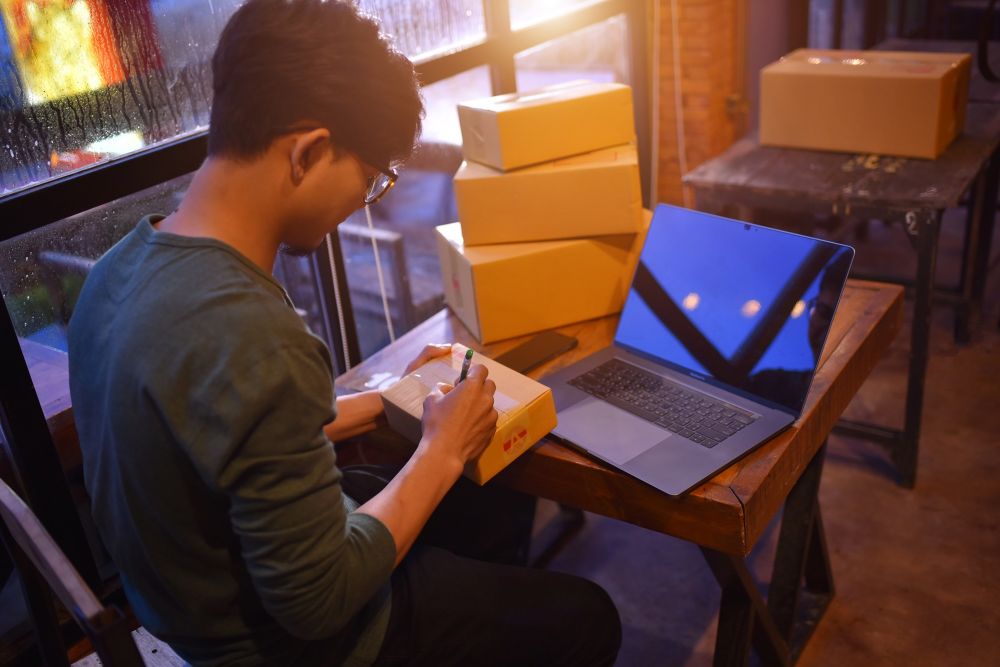 Extend your spring cleaning from your closet to the rest of your home -- cabinets, storage spaces, the basement, the garage -- and turn unused items into a way to make money from home. Sites like eBay, Amazon and Craigslist are great platforms to sell everything from furniture to books and more. If you’d rather sell locally, try Facebook Marketplace, LetGo or VarageSale. 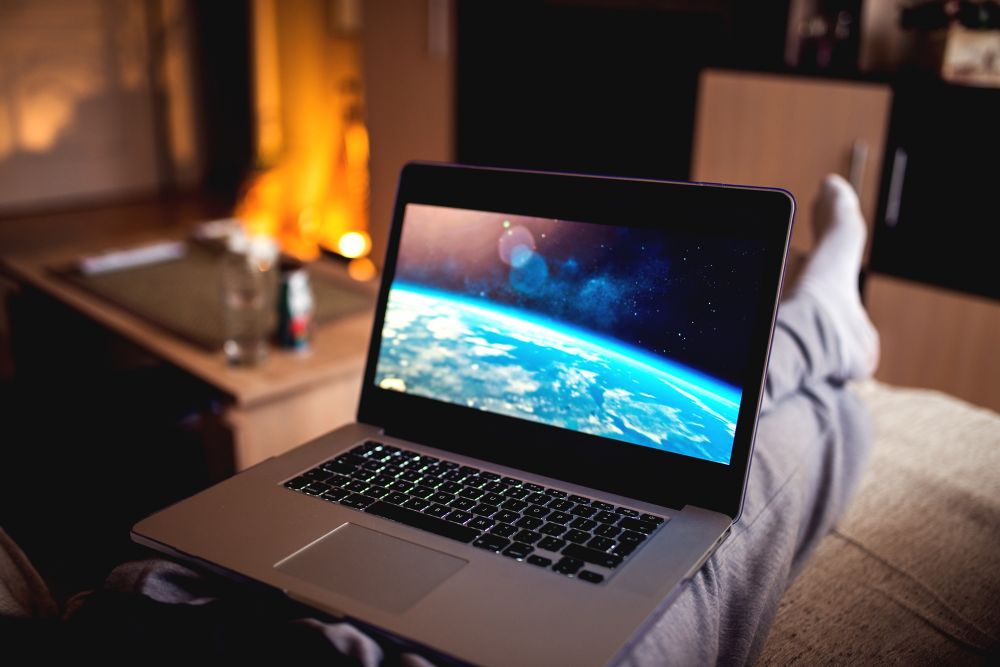 InboxDollars sells consumer input to major brands (think Netflix, Target, Walmart and more), then pays those consumers a share of the profit for online activities like taking online surveys, reading emails, searching the web or watching videos and movie previews. It’s generally not big money, but you can make some extra cash via the website or app in exchange for generally little effort. A company representative told Entrepreneur that spending 30 minutes completing InboxDollars tasks a day could yield $50 to $100 a month. (But do your due diligence to calculate time value before you complete a task: Some 20-minute “playlists” of shows and videos could only earn you 10 cents.)

Related: 11 Ways to Make Money While You Sleep

Rent out your car … 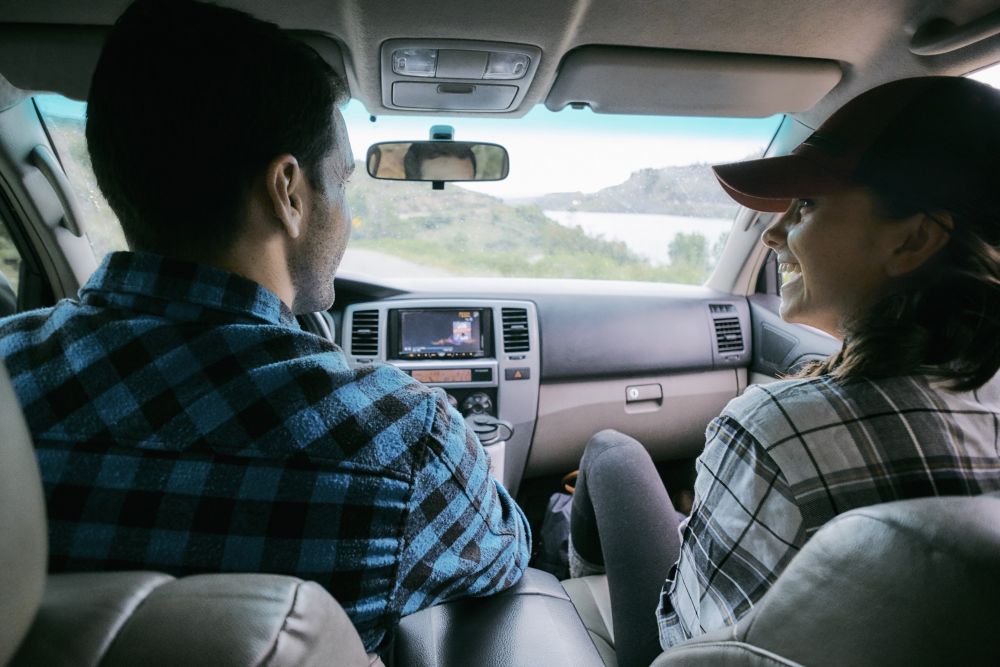 If you’ve got a spare vehicle sitting around, leverage it as a way to make extra cash using platforms like Turo or Getaround. The former insures each vehicle up to $1 million and sets your car’s rental price using market value, location, time of year and more, while the latter offers per-trip insurance and allows you to set your own rate. To calculate your potential earnings, Turo offers a calculator (for example, a 2018 Acura ILX in Los Angeles rented out for about half the days in a month could net you $506). 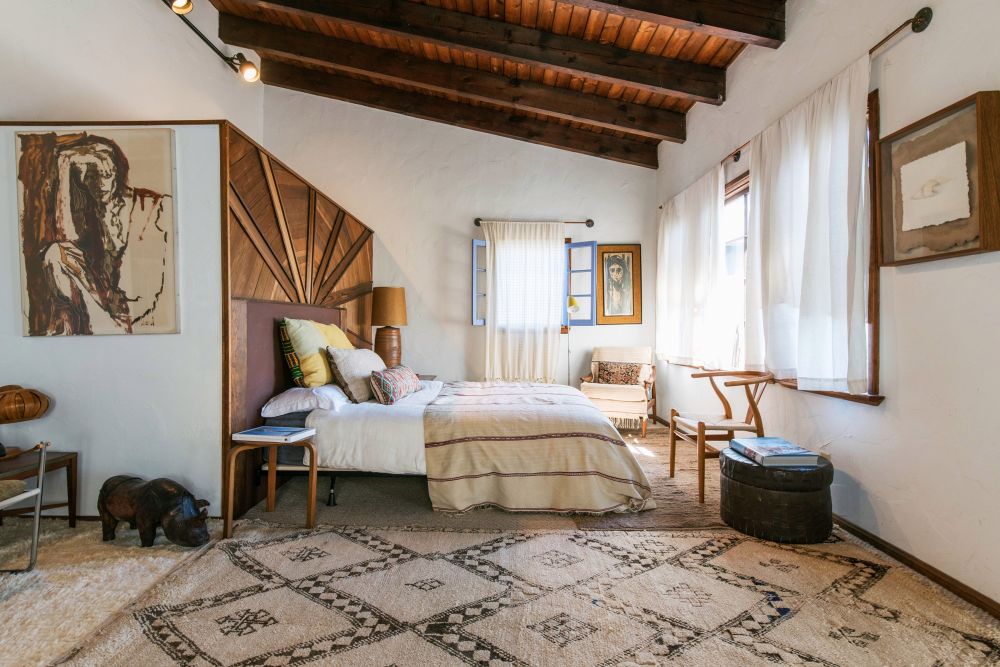 If you’ve got an extra guest room that’s not often in use, know that Airbnb is often seen as the most lucrative “side gig” platform. A 2017 study from consumer lender Earnest found that Airbnb hosts earn an average of $924 a month renting out their spaces. Here’s an estimation tool for how much you could earn for yours. (An entire New York home that sleeps four, rented out for 15 days a month, could translate to $2,447 per month, according to Airbnb.) 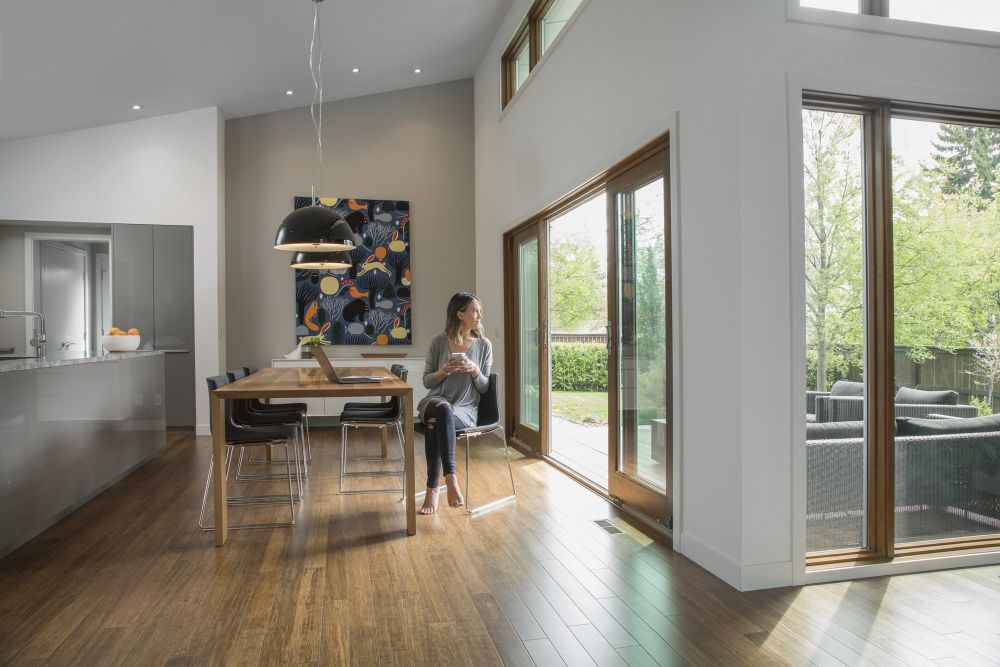 House-sitting jobs often come via word of mouth, but HouseSitter.com is one of the sites out there with paid listings. (Many others, like TrustedHousesitters.com, offer jobs in exchange for free room and board.) Judging from a search in New York City, HouseSitter.com rates can range from $44 to $96 per night, and many listings stipulate that pay is negotiable. But in order to apply for the jobs, house-sitters need to pay a site subscription fee ($30 per month, $45 per quarter or $90 per year). 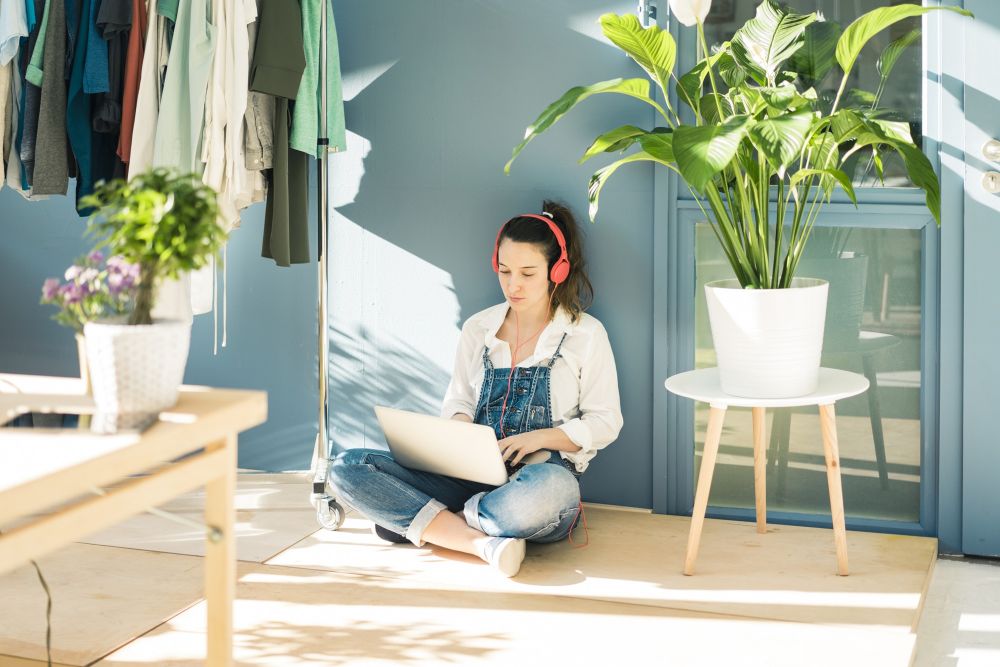 In the Information Age, there’s no shortage of good typists out there, and it’s an easy way to make money from home. Pay is usually tied to an audio file’s length rather than how long it takes you to transcribe, and you can sign up as a freelance transcriber on marketplace sites like GoTranscript, TranscribeMe, Upwork and PeoplePerHour. GoTranscript says it pays transcribers up to $0.60 per minute of an audio or video recording, resulting in $150 in average monthly earnings (and, for people at the top of the site’s monthly earnings range, $1,215).

Launch a Side Hustle Teaching English as a Foreign Language

10 Side Hustles You Can Start This Summer From Your Couch

Renting Out Their RV Went From Side Hustle to Full-On Business That's Brought in $25,000 in One Month. Here's How.