If They Could Turn Back Time

9 entrepreneurs take a look back at their startup days and reveal what they would have done differently if they knew then what they know now.

October 24, 2007
Opinions expressed by Entrepreneur contributors are their own.

It's always easier to look back at a situation and realize what you could've or should've done differently. The same is true when running a business. One small mistake can set you back or possibly even compromise your company.

When venturing out on your own, there's no manual to guide you. So we asked nine entrepreneurs to take a trip down memory lane to help you steer clear of startup blunders. Read on to find out how you can avoid making the same rookie mistakes. 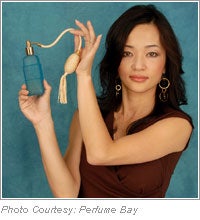 What she would change, if she could: The Huntington Beach, California-based e-tailer has experienced steady growth since inception and has plans for an aggressive marketing campaign in 2008 that she hopes will help grow her customer base. But looking back, Tran wishes she had launched her marketing campaign sooner. "When I started Perfume Bay, one of my biggest challenges was figuring out how to drive business to the website. A marketing plan would have helped me build my customer base faster by identifying the best strategies to promote the website and target my primary audience, as well as how to track and evaluate customer response to our campaigns." 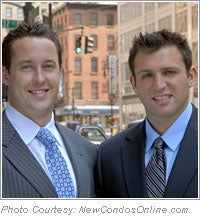 Brandon Fishman and Brent Gleeson, co-founders of NewCondosOnline.com
Ages: 26 and 30
Industry: Real estate
Number of employees: 10
When it all began: 2004

What they would change, if they could: The San Diego-based business more than doubled its sales between 2006 and 2007. But Fishman and Gleeson can still find room for improvement. "We would have spent more time and money on search engine optimization. Top placement in Google is key to any business in this day and age, and the cost of PPC gets higher every day. In addition, we would have placed more emphasis on employee commissions. We've learned over time that commissions and incentives drive employees to bring in more business." 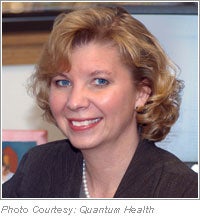 What she would change, if she could: Trott made the risky move of leaving behind her career as a lawyer in hopes of starting Quantum Health. Now, she says it's the best move she ever made. But she admits her inexperience in the health and business worlds were a hindrance early on. "My background wasn't specifically related to this business, so I had to rely on the capabilities of others. Now, I would have trusted my instincts more in terms of what we needed to do. There were times when I took others' advice, when I should have done what I thought was right." 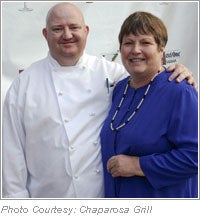 Tony Corke, founder of Chaparosa Grill
Age: 39
Industry: Restaurant
Number of employees: About 100
When it all began: 2001

What he would change, if he could: Chef Tony Corke knew he wanted to create a unique restaurant that would suit the warm California climate. So he introduced California cuisine with a Caribbean twist, bringing his knowledge of Caribbean cooking to his menu. But the England native now says he wished he would have taken advantage of more multicultural opportunities. "If I'd known I'd be opening up a restaurant, I would have been a bit more diligent and gained hands-on experiences in other cuisines," says Corke. Though he did get the chance to learn about cooking in Italy, France and the Caribbean, Corke says he regrets not going to Japan when he had the opportunity. 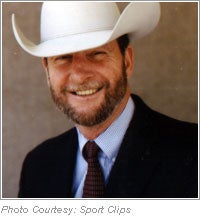 What he would change, if he could: Logan's biggest regret is loosening his grasp on his company during the initial stages of franchising. "I would have had more control over the franchising process by not going through a third party. We went into franchising with an unrealistic model. Now we have a more realistic model, but it's taken a number of years." Logan also says he wished he had consulted more in the beginning stages with his board of directors. "They ended up being a great sounding board." The Georgetown, Texas-based business now boasts 484 stores across the country. 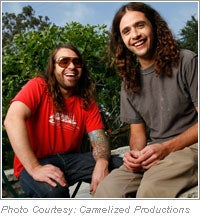 Jonathan Shook and Vinny Dotolo, co-founders of Carmelized Productions, Inc.
Ages: 26 and 28
Industry: Catering
Number of employees: 8 full-time and about 50 part-time
When it all began: 2003

What they would change, if they could: Despite their love of cooking, Shook and Dotolo say catering wasn't their first choice for a business. But they fell into it, with no startup money. "That is the worst way to start a new company. We had to make choices on what we could spend the little bit of money we had. Because of that, we chose not to spend on websites or any other standard marketing tools. We got lucky that our food rocked and we got jobs because of it." Now, the duo will receive plenty of publicity thanks to their docu-series on Food Network called 2 Dudes Catering. 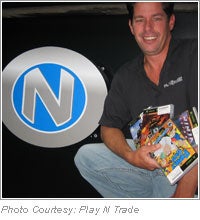 What he would change, if he could: Simpson, who got his entrepreneurial start in the jewelry business, says he would have implemented his Area Developer sales program sooner. "The speed with which Area Developers can sell, open and support stores turned out to be faster than the way we got it done in the early days with only five employees. They give you a sense of scale that cannot be achieved with limited resources, and it's great to have a face in the local communities across the country talking about your brand." 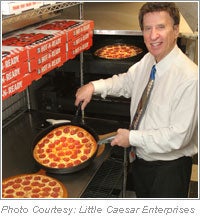 Michael Ilitch, founder of Little Caesar Enterprises, Inc.
Age: 78
Industry: Restaurant
Number of employees: About 10,000 full- and part-time
When it all began: 1959

What he would change, if he could: For Ilitch, whose company also owns the Detroit Tigers and the Detroit Red Wings, the best move he's made was marrying his wife. He and his wife, Marian, have worked side by side for almost 50 years, building their pizza empire. As for his worst move, Ilitch says he's sure he's had more than one, but doesn't regret them. "I don't think I would have done anything differently. There were certainly some failures and many successes along the way, but I always enjoyed learning from all the ups and downs." 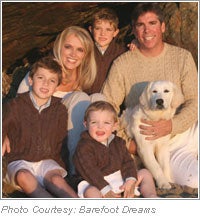 Annette Cook, founder of Barefoot Dreams
Age: 43
Industry: Retail
Number of employees: About 30
When it all began: 1994

What she would change, if she could: "If I could turn back time, I would have gotten more help, sooner," says Cook. The Barefoot Dreams creator found herself overwhelmed in 2003 when Oprah featured her line of cozy robes, throws and baby apparel as one of her favorite things. At the time, Cook was a stay-at-home mom, pregnant with her third child and operating Barefoot Dreams by herself. "I didn't delegate enough, I did it all myself," she says. So after making Oprah's list, Cook found herself overwhelmed and understaffed. "Operations could have run a lot more smoothly if I had a top management team in place when that happened." Cook's employee roster has expanded, and her husband, Stan, is more involved with the company on a daily basis, allowing Cook to work remotely and focus on the company's future.