By Carol Tice August 31, 2009
Opinions expressed by Entrepreneur contributors are their own. 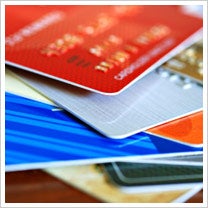 With banks turned stingy about handing out small business loans, more and more small business startups are turning to credit cards as the primary vehicle for their business spending needs. We always knew that was risky, but a new study on businesses' credit-card use released by the Ewing Marion Kauffman Foundation is enough to chill an entrepreneur's blood.

In the study, 58 percent of small-business owners said they relied on credit cards for startup money in 2006. The dark side: For every $1,000 in additional credit card debt, the probability that the firm would close increased by 2.2 percent. And the way some business owners can run those cards up, $1,000 is couch-cushion change.

Interestingly, this study has been conducted before, and the toxic effect of credit-card debt has grown in recent years. Back in 2004, businesses that closed had less credit card debt--an average of $2,365 racked up on their cards--than did survivors, with an average of $3,638. By 2006, the average survivor firm had $5,191 in credit-card debt, while failed companies averaged $5,595. Not surprisingly, the percentage of surviving firms declined in 2006 as companies incurred more debt, with only 91.5 percent keeping their doors open versus 93.9 percent in 2004.

It'd be interesting to see this study done again right now. I'd bet the percentage of business owners whipping out the plastic would be higher, as would be the debt loads.

Is your business using credit cards for financing? If so, can you handle the debt load? Many are the zero-interest teaser offers that give way quickly to high interest rates that sap businesses of needed cash.

Charge with caution--it can be deadly to your business.

What are the myths and realities of a current leader?