Is Your Business Ready for the Recovery? 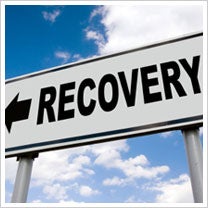 There's a growing drumbeat of economic experts who say the recession is ending. Recently, Federal Reserve Bank chair Ben Bernanke described the economy as "leveling out." The most recent edition of the Beige Book, the Fed's summary of commentary on current economic conditions, came out Sept. 9, conveying the message that the recession is over.

Other recent news, however, indicates many small businesses are not positioning themselves to take advantage of the turnaround.

Small businesses were the biggest sector laying off workers in August, shedding 122,000 of the total 298,000 jobs lost, according to a report issued earlier this month by payroll outsource vendor ADP. Hot on smallbiz's heels were medium-sized businesses, with 116,000 pink slips issued. Large companies shed just 60,000 jobs in the month. Goods-producing and service businesses split the layoffs nearly evenly.

Not only were small businesses shedding workers, but they were paying their surviving workers less as well, an August study by SurePayroll showed. Average pay for a worker employed by a small business has sunk 6 percent over the course of the year to date. And as we all know, paying people less is a super way to get them to bolt for the door.

In other words, small and medium-sized businesses seem to be zigging just at the time the economy finally zags.

As far as their outlook, more owners are breaking out of the gloom--the SurePayroll study showed 71 percent of small business owners expressed a confident outlook in August, up dramatically from 56 percent in July.

Are you laying the groundwork for your company to capitalize on an economic upswing? Or are you still trapped in a downturn mentality? Are you laying off workers and cutting salaries, or laying a path to increased sales next year?