Nina Kaufman
May 7, 2010 min read
Opinions expressed by Entrepreneur contributors are their own. 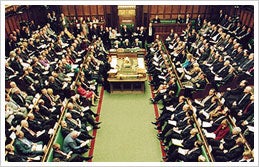 Like the animals in Noah's Ark, bicameral legislatures (lit. "two chambers") come in twos. We have Congress, made up of the House of Representatives and the Senate for federal issues. The UK has Parliament, made up of the House of Commons and House of Lords. Although the UK is a multi-party system, it has been dominated by two political parties--the Labour Party and the Conservative party--for the better part of the past century. Not unlike the way our Democratic and Republican parties have dominated the U.S. political landscape.

But there's a difference. Third parties are tolerated the way mistresses are somewhat tolerated in French marital relationships. Not always welcome, but often accepted as a fact of life, an element that maintains a certain equilibrium between husband and wife, of keeping the household together.

Why (the third parties, not the mistresses)? This comes from the "first past the post" system of voting. In this system, the one with the most votes wins. The winner, though, doesn't need to have an absolute majority (more than 50 percent) of the votes to have an opportunity to govern.

Without an overall majority, though, a party needs to work out a coalition. And that's where the "Lib Dems" come in. They may well be needed to help either Labour or the Conservative Party form a government--in other words, to ensure the equilibrium of the government. Otherwise, they'll have to hold another election.
More from Entrepreneur