How to Get 92,000 Customers Engaged in Your Brand

By Carol Tice September 8, 2010
Opinions expressed by Entrepreneur contributors are their own. 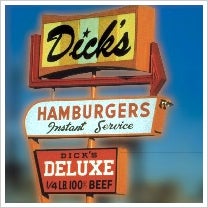 At 56-year-old Dick's Drive-in in Seattle, they're not wondering. They've decided to open a new restaurant for the first time in 36 years, and asked customers where they should put it.

The five-location burger chain -- Seattle's first fast-food company -- may be old school, but they haven't shied away from using new media to connect. To help pick their new location, the company first unleashed an online poll, which is where 92,000 people have weighed in with their ideas. (So far, North Seattle neighborhoods are triumphing over South Seattle and the Eastside.)

People apparently care so passionately about whether they can get a Dick's in their neighborhood that the company reports it's had to remove tens of thousands of extra votes stuffed into the virtual ballot box by computer hackers.

Next up: a video contest that ends today, in which customers can leave 20-second videos describing why their city should get the new Dick's.

Another 2,400 people have tuned into the company's kickoff video (seen above) for the contest on YouTube.

While the methods may be Internet-based, the theme here is old as the hills: Ask customers what they want. Then, give it to them.

Besides getting longtime customers excited about Dick's, without doubt a press juggernaut has been created here. Local papers will simply have to cover the ultimate decision of where to open the next Dick's! Then, they'll have to cover the eventual opening of the new restaurant. Result: New customers will also discover Dick's.

When the new store does open, you can imagine the lines -- lines of customers who'll be standing there waiting for the doors to open, elbowing each other and saying, "I made this happen!" What a kick for those customers!

Dick's knew it had intensely loyal patrons. Now, it's engaged them in a way it hasn't in years, by just asking a question. By simply saying, "I care about your opinion."

'Can I go to jail for not paying?': Answers to this and other questions about damn debts

A Well-Trained Dog Can be an Entrepreneur's Best Friend