By Carol Tice November 29, 2010
Opinions expressed by Entrepreneur contributors are their own. 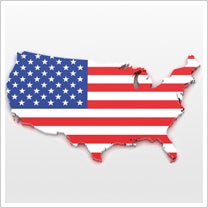 We all know jobs have been lost in the downturn. The question is how to encourage innovative, entrepreneurial new companies that could arise and create new jobs.

Is your state helping you win in today's idea-driven economy? A new study from the Ewing Marion Kauffman Foundation and the Information Technology and Innovation Foundation reveals where the new economy is taking off, and where states are lagging in assisting 21st Century entrepreneurs. It also makes concrete suggestions for how states could help get the entrepreneurial wheels turning faster.

The 2010 State New Economy Index evaluates 26 factors which measure the extent to which your state enables and supports businesses which are knowledge-based, global, digitally-driven, and led by innovation. The study has been done four times starting in 1999, so we can now see which states are making progress in joining the Digital Age. The findings:

Looking at the country regionally, the Northeast is dominating the innovation economy, with the mid-Atlantic region, Mountain west and Pacific also looking strong. By contrast, 18 of the 20 lowest-ranking states are in the Midwest, Great Plains region and the South.

That balance may not hold, however. The study notes that if southern states invested in digital infrastructure such as broadband, their low cost of living could lure entrepreneurs and turn their cities into the next decade's innovation hubs.

ITIF president Robert Atkinson called on states that are lagging to work together and think regionally, rather than keeping a competitive mindset with their neighboring states.

"In today's highly competitive environment, states must work together and with the federal government to overhaul their economic development policies," he says. "Too often, states still view their economic competitors as next door, rather than halfway around the world. If, instead, they used incentives to expand broadband, support entrepreneurial assistance programs, or invest in research and technology transfer, they -- and the nation as a whole -- would be far more globally competitive."

The report recommends new state-federal partnerships for economic development, as well as changes to spur cooperation rather than competition between cities within a state.

What can states do to encourage innovative companies within their borders? Among the recommendations: Provide more workforce education options, provide incentives for green-economy jobs, and encourage industry investment in research and development.

How's the innovation climate in your state? What would you like to see happen to encourage more entrepreneurial, digital-economy companies in your part of the country? Leave a comment and let us know.