By Prentice Howe March 16, 2011
Opinions expressed by Entrepreneur contributors are their own. 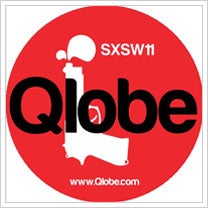 Bootstrapper entrepreneurs aren't often blessed with fat marketing budgets. So when a good opportunity for exposure comes along -- like SXSW -- they have to outthink, rather than outspend, their competition.

This was the exact predicament where startup Qlobe found itself heading into this year's festival. The three founders -- Brennen Peters, Hunter Edwards and Jon Perritt -- knew they couldn't afford to be an official sponsor, so, instead, they got creative. Their plan: buy 1,000 water guns, a mobile watering station and overtake the streets of downtown Austin.

So why all the water guns?

This Friday, Qlobe is hosting a spontaneous pre-launch event they're calling "The World's Largest Water Gun Fight." In Peters' words: "We wanted to do something different, something fun and to get people excited about the brand." In true "flash mob" fashion, participants sign up on Qlobe's Facebook page in advance, then stand by for an incoming alert just 30 minutes prior to the event telling them where exactly to show up.

Qlobe is spending about $1,000 on supplies and grassroots marketing. Their goal is to get 1,000 new college-age customers to submit an email address and try Qlobe. "So many startups have to spend $3 or $4 per customer acquisition, so we think $1 would be pretty good," said Peters.

At a festival that's all about trying new things and in a city that fosters creativity, it seems targeting new customers with water guns just might work.