April Fools' Day at The Office

By Diana Ransom April 1, 2011
Opinions expressed by Entrepreneur contributors are their own. 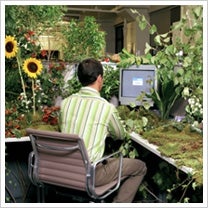 Between filling the boss' office with golf balls or the old whoopee cushion on the chair gag, entrepreneurial companies have long looked at April Fools' Day tomfoolery as a levity-inducing morale booster.

This year proved no different. Here's a look at today's fun -- if not funny -- holiday hijinks. See if you give a giggle.

HootSuite CEO Ryan Holmes informed users, investors and even board members through email (and subsequently, in a blog post) that the company, known for tools that allow users to manage multiple social media channels, was getting into videogame applications. It's contribution? Happy Owls. Similar to Rovio Mobile's wingless creatures in its Angry Birds game, which get launched from a sling shot at a target of pigs on varying structures, Happy Owls also get launched at varying targets. The game, Holmes says, can be played on devices including: iPhones, iPads, BlackBerrys, Kindles, Androids, Zunes and -- perhaps cosmically -- on most flip phones.

There was also a smattering of pranks stemming from the media world. For its part, The Huffington Post ran a piece noting that it would soon begin offering digital subscriptions for employees of The New York Times -- a play on the fact that the Times, last week, started charging customers to read its online content. News Corp.'s Hulu gave users a taste of itself circa 1996 when shows like News Radio and the X-Files were all the rage.

Always good for an April Fools' Day jest, Google busted out its "Gmail Motion" feature. At the site, you'll see a video that explains the particulars about how the mouse and keyboard that we've become accustomed to are obsolete. We can instead use our own body language to communicate, even over email. The video has such a high production value -- legitimate-looking experts from fictional institutions back the product, for instance -- that, if only for a second, the mind does begin to wonder whether what you're viewing is real. OK, Google is a giant, but it has a reputation for being entrepreneurial.

And even though YouTube celebrated its "100th birthday" today with its best of videos from 1911 and LinkedIn offered a lesson in degrees of fictional separation, my favorite gag of the day was from ZURB, an interactive design firm in Campbell, Calif., which brought Jugball to the office. The basic rules of the game: You must wear a tie; only juggernauts may handle the jug; disputes are settled through a “Jug of War” match and the game may only be played in front of historical homes and/or castles. If you don't believe me, click here.

What was your favorite April Fools' Day joke this year? Leave a comment and let us know.