Veterans to Get Business Help With 'Fast Launch'

By Carol Tice April 13, 2011
Opinions expressed by Entrepreneur contributors are their own. 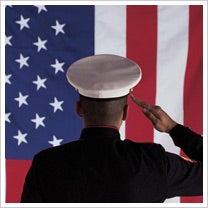 Few people can imagine what it's like to spend years serving in the military -- let alone, what it's like to come back to a country that's still attempting to recover from a deep recession. It may well be the pits, but fortunately, there are new programs aiming to help.

The Obama administration, yesterday, put the spotlight on veterans with its announcement of the Joining Forces Initiative, which seeks to mobilize business, nonprofits and ordinary citizens to better support veterans. There'll be a range of related efforts including hiring initiatives by major employers and public-service campaigns in the media.

Most important to entrepreneurial veterans is a program that includes new funding resources and focused assistance for those who seek to start or grow a business. Here are the details:

The business aspect of the initiative is known as the Veteran Fast Launch Initiative. Its home is with the Small Business Administration's auxiliary aid group the Service Corps of Retired Executives -- better known as SCORE -- which has long offered free assistance to entrepreneurs. With partial funding arising from a five-year, $10 million grant from Walmart, SCORE aims to mentor 16,000 vets this year, in hopes of seeing roughly 3,000 new-business launches by veterans. The vets will also be able to access discounts from Constant Contact on their marketing products.

It all sounds like a positive development...except for a couple of nagging questions.

One question that comes to mind is whether this program duplicates efforts at some Small Business Development Centers such as New York's Veteran Business Services, and in-state programs such as Maine's Veteran Business Initiative. Would the Fast Launch money go further if it were funneled to these existing efforts?

Also, SCORE already helps many veterans -- figures supplied to me by the Joining Forces media team show nearly 12 percent of the 350,000 people served by SCORE in 2009 were veterans. That's nearly 30,000 veterans helped annually as it is. Here's hoping the program means to see 16,000 additional veterans thanks to the new corporate help.

Maybe having this new, veteran-focused program will allow SCORE to develop additional expertise on veterans' specific issues in coming back home and trying to get reacclimated and get a business off the ground all at the same time.

It's unclear how Fast Launch might affect the general allocation of SCORE's resources. Hopefully, it won't be a question of veterans getting more assistance while others get less, but of more veteran assistance being added to existing support levels for other entrepreneurs.

The next question that comes to my mind is: Will SCORE be able to fulfill this promise?

It hasn't been a great time for SBA funding the past year or so. In some Republican quarters, there's talk of budget cuts and loan-guarantee funding was scaled back already. With Republicans clamoring to cut agencies that don't perform core government functions, the SBA may be in the crosshairs. Many SCORE offices function out of SBA facilities, so budget-balancing efforts might hinder Fast Launch in the coming months.