Daily Deals Not a Big Deal for Finding Customers

By Mikal E. Belicove May 3, 2011
Opinions expressed by Entrepreneur contributors are their own. 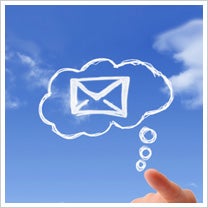 We're hearing an awful lot these days about daily-deal websites. Facebook just launched Deals, Groupon turned down a $6 billion buyout offer from Google and now has a presence in over 500 local markets, LivingSocial has raised more than $600 million in funding from the likes of Amazon and T. Rowe Price, and just last week the San Diego Union-Tribune -- in partnership with Mission Bay SportCenter -- pulled in more than $360,000 on a one-day deal offering: a week of kid's summer camp priced at $95 a pop.

But for finding customers, a new study reveals that less than 10 percent of consumers are actually influenced by online deals and offers when choosing one local business over another. CityGrid Media released that new factoid this week in its 2011 Online Consumer Behavior Study -- along with a plethora of data that should be of interest to marketers and anyone else responsible for lead generation.

Here are a few takeaways from the survey that will work for swaying customers:

Spurring customer reviews is vital, but nothing beats word of mouth. When it comes to offering recommendations, around 75 percent of consumers say they show support for local businesses by personally telling their friends. Only 20 percent click the "Like" button on Facebook to let others know their opinion of a local business, while a smaller number -- just 13 percent -- write and publish a review of the business online.

A personal touch can be better than a personal friend's review. The jury is pretty much split when it comes to personal participation from a business owner as opposed to personal or social recommendations from friends. According to the study, you -- the business owner, through your socially engaging activity online and your efforts when in front of consumers in a one-to-one setting -- have been shown to have more of an influence on close to half of consumers, rather than those consumers' own friends.

Discounts matter, but people comparison shop anyway. When choosing one local business over another, the CityGrid study shows that only 8 percent of consumers say online deals like those offered by Groupon and LivingSocial influence their decision to buy. More than half prefer to visit more than two websites before making a decision, while about two thirds refer to Google for additional information that ultimately leads to choosing a local business.

So as it turns out, daily-deal sites may not be as influential when it comes to pushing consumers into a local buying decision. That may be because, for the most part, daily deals reach people through email messages that lead to serendipitous discovery, as opposed to intentional discovery as a result of a need.

This isn't to say posting daily deals can't help you find customers -- and add to your bottom line. But how much of your top line revenue it accounts for remains foggy. In the meantime, I recommend offering daily deals via a white label solution on your own website. At least that way, you keep more of the revenue for yourself and you can capture and nurture leads yourself.

What's been your experience with using daily-deal sites to attract customers? Let us know in the comments section.

Explore One of DC's Finest Dining Experiences at Home

3 tips you should read before diversifying your business