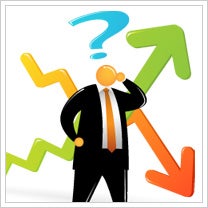 If you've been following small-business news headlines then your head might be spinning right now. In just the past two weeks, at least five reports have been published on small-business optimism. Three claim optimism is up -- the other two that it's down.

For instance, the National Federation of Independent Business (NFIB) said on Tuesday that optimism among nearly 2,000 of its members declined for the second straight month in April. Meanwhile, Capital One Financial Corp. reported last week that 41 percent of the companies polled for its First Quarter 2011 Small Business Barometer survey indicated that their economic conditions are improving, an increase of 15 percent over the fourth quarter of 2010.

To round out the roller-coaster ride, here are links to the other reports:

So, which is it? Are small-business owners feeling better? Or are they weighed down by soaring gas prices, global political unrest and an economy that's still crawling from beneath the recession?

The first factor to consider is that each survey polls a different group of business owners. The randomly-selected members the NFIB interviewed aren't necessarily among the businesses contacted by researchers for the Capital One survey.

One also needs to recognize the varying degrees of quality in measurement among these reports as well as each surveyor's individual "spin" on the results, says Ethan Mollick, an associate professor of management at the University of Pennsylvania's Wharton School. "This has been a problem even among carefully-constructed academic surveys -- the definitions of entrepreneur, small business, optimism and other terms vary widely," he says. "There is no single set of survey questions as well, unlike, say the Conference Board's Consumer Confidence Index."

The core results of these reports vary so much that Mollick doubts there is a clear consensus among small-business owners regarding financial optimism. "Some surveys are trending up, some down, which suggests to me that we are in a very confused period right now, where the situation is better than it was a year ago, but fluctuating a lot from month to month, as people are uncertain about longer term trends," he says.

What about your small business? Are earnings up, flat or on the decline? Are you optimistic about the general outlook for small businesses? Leave a comment below and let us know.