Jonathan Blum
July 14, 2011 min read
Opinions expressed by Entrepreneur contributors are their own. 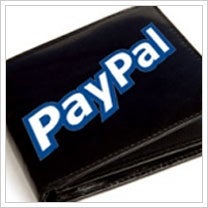 For small-business owners looking for a new, cheaper way to take payments, the latest out of PayPal could help drive the march.

PayPal announced yesterday a new cellphone technology that brings the mobile equivalent of the fiscal fist bump to peer-to-peer payments. At the MobileBeat 2011 conference in San Francisco, the e-commerce payment giant unveiled a tool that allows users to transfer money simply by tapping properly enabled cellphones together.

The system that the company demonstrated using two Samsung Nexus S phones uses so-called near-field communications, or NFC, technology, which is a chip that is embedded in a phone to allow for the transference of information between devices located near each other.

Speculation had been that these peer-to-peer, near-field communications tools would allow PayPal to offer merchants a fresh payment alternative over their existing point of sale terminals and Web payment gateways. In other words, businesses were hopeful that the technology would allow them to cut out credit cards.

And although in practice, the technology does indeed allow for such a prospect, the company quashed any such rumor.

"Today’s announcement is strictly peer-to-peer only, and showcases yet another case of PayPal exploring various payments technologies to improve the shopping and buying experience," says Anuj Nayar, a PayPal spokesman.

The NFC-enabled Android technology, which PayPal says is set to debut later this summer, looks easy enough for any consumer to use, at least in the company demo. Simply request the money from your PayPal account, tap the enabled phones together, wait for a confirming vibration, approve the transaction and a confirmation email is sent to both parties.

The move comes as PayPal’s mobile payments continue to expand. The payment company owned by eBay has launched a number of iterations of its PayPal Mobile App over the years. The company says it has seen "staggering" growth in that area, estimating that its mobile payments volume will be about $3 billion this year.

PayPal hopes to act as a "universal adapter" for payments across platforms.

"We believe in a technology-agnostic and platform-agnostic approach. Ultimately, the consumer can choose to access the 'digital wallet' across multiple devices and use cases. NFC may be one of them," says PayPal's Nayar.

However, merchants can expect some new payment wrinkles for point of sale. The potential is there for peer-to-peer exchanges to be promoted in a retail setting, thereby driving sales. For example, businesses could provide a discount for an in-store near-field cash transfer, along the lines of how an in-store ATM provides ready cash to shoppers.

But the message is clear: Don't look for nifty new near-field communications to change the merchant banking, point of sale equation. Those fees you pay to accept something besides cash won’t go away any time soon.

Are you using a new payment application or widget at your business? Let us know how it is working for you in the comments section.

The New Need for Robots, AI and Data Analytics in Supermarkets

Strange Bedfellows? What Tech PR and Sci-Fi Have in Common

Medtech Nation: How Israel Is Changing the Face of Medical Procedures