By Mikal E. Belicove September 29, 2011
Opinions expressed by Entrepreneur contributors are their own. 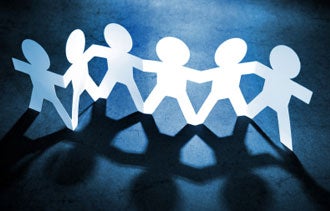 For business owners, it's likely well-known that understanding how your customers consume news and information can help you target your marketing efforts to better reach them. So here's a question: Do you know what resources your customers rely on for local news?

Your first stab at an answer might be that older folks turn on the TV or pick up a newspaper, while the younger generation turns to their computers. But as it turns out, a new study shows that it’s a lot more complex than that, and savvy business owners would be well advised to take notice.

The survey, from the Project for Excellence in Journalism (a Pew Research Center project), breaks down local information into 16 topics -- ranging from weather and breaking news at the top to social services and zoning issues at the bottom. Here's that topical breakdown by medium and why it matters for businesses:

Television, for instance, is where most of us go for breaking news, weather and traffic. Newspapers are the primary source for news on community events, crime and local government. The daily paper ties with the Internet for news on housing, schools and jobs, and it ties with TV on local political goings-on. Most go online for information on restaurants and other local businesses. And radio ties with TV for traffic news.

Though, surprisingly -- and here’s where owners need to tune in -- print newsletters, online listservs and good old word of mouth ranks second as the source people use weekly. Those surveyed said newspapers and their websites rank first or are tied for first place in 11 of the 16 key topics. But for the nearly 80 percent of respondents who go online, the Internet ranks as a top source of information on most of the local topics. For those under 40, the Internet is top choice (or tied for first) for 10 of the topics and is a close second for four others.

What's more, 64 percent of those surveyed said they turn to at least three media sources for local news each week, with 45 percent of those claim they don’t have one particular favorite source. As far as the 16 local topics are concerned, weather tops the chart as the most sought-after information (89 percent), with breaking news following at 80 percent, local politics at 67 percent and crime at 66 percent.

And while it’s seen as supplemental, nearly half of the adults surveyed (47 percent) said they use mobile device such as smartphones to get some of their news and information, a trend that’s certain to grow rapidly in the future.

How dependent are your marketing and advertising plans on local-news resources? Leave a comment and let us know.