By Mikal E. Belicove October 6, 2011
Opinions expressed by Entrepreneur contributors are their own. 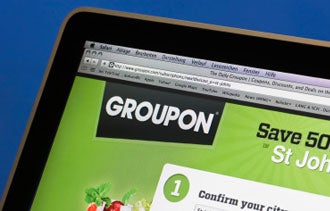 On the surface, it would appear that the daily deals phenomenon is beginning to lose its luster. Not only have the visits to Groupon slowed this summer, Facebook dumped its deals program and Yelp cut its Deals sales staff by half.

But none of these developments mean the daily deals business model has stopped evolving or that group buying sites aren't coming up with innovative ideas. Among other things, the most prominent daily-deal sites including Groupon, BuyWithMe and LivingSocial have been offering new products such as instant coupons and shopper incentives. In addition, companies that offer white-label daily deal technologies are also making great strides in improving these social group buying sites.

Here is a brief rundown of the latest changes to hit the biggest daily deal sites:

Groupon recently introduced a trio of new developments. For starters, it launched Groupon Now, a real-time coupon that allows merchants to schedule deals that will run when you need the customers. You choose what you want to offer, what discount you have in mind and how long you want the deal to last. For instance, a café owner can schedule deals during the slow periods of the day, such as after lunch and before dinner.

With Groupon Rewards, you can offer incentives to your customers, depending on how much they spend. Just set the spending level customers must meet to unlock rewards, and Groupon does the rest. Then, the company's Groupon Goods program moves away from the service industry, offering discounts on consumer electronics and hard goods.

LivingSocial seems hell bent on catching up with Groupon, publishing frequent announcements about new markets that it is opening throughout the U.S. and Canada. The most recent news: LivingSocial now boasts nearly 600 markets in both countries. And it has begun to roll out new features, including LivingSocial Instant -- a phone app that delivers time-sensitive discounts to users.

BuyWithMe has a new offering for businesses called MerchantConnect (pdf) that enables participating businesses to monitor and track the success of their daily deals in real-time. It outlines their customers' buying patterns and repeat-purchase habits, allowing merchants to expand marketing efforts to gain new customers. This feature might help resolve a bone of contention with merchants who are unable to track the success of their daily deal dealings with other services.

White label solution providers like ChompOn and PoweredByTipper, are nevertheless, forcing these big players to increasingly look over their shoulders. More and more merchants are becoming "publishers" of their own deals rather than forking over half their profits to deal hosts.

Bloomspot is a daily deal provider that has unveiled a performance-based model that takes responsibility for the profitability of its merchant partners. This San Francisco-based daily deals operation -- which has quietly raised $51 million in funding -- created proprietary algorithms to predict consumer spend and return levels for each promotion. This capability allows bloomspot to do what no other daily deal provider is doing -- namely, underwrite the profitability of nearly all offers in the form of guaranteed spend and return rates.

Have you used any of these newer daily-deal creations? Let us know how it went in the comments section.