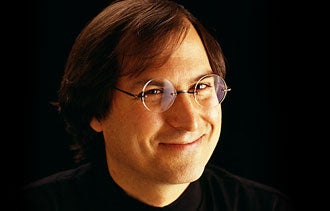 Editor's Note: This is the second part of a short series of posts as I read Steve Jobs, the new biography of the Apple co-founder written by Walter Isaacson. Read part one.

The first glimmer of what was to become tech giant Apple Co. appeared in 1971 when electronics engineer Steve Wozniak developed the circuit board that would evolve into the Apple I computer. But in Walter Isaacson's new biography of Apple co-founder Steve Jobs, Wozniak says Apple probably never would have existed had it not been for Jobs' vision for selling the computers in consumer-focused packaging.

In the book, Isaacson describes an encounter between Jobs, Wozniak and Wozniak's father, Jerry, a rocket scientist who usually discounted the merits of anyone who wasn't an engineer. During the exchange, Jerry told Jobs (in slightly more aggressive language) that he hadn't actually created anything and didn't deserve a 50 percent stake in the burgeoning business. To that, Jobs, still a teenager, began to cry, and said he'd walk away and let Wozniak run the operation himself.

But Wozniak understood the harmony between himself and Jobs, and knew the company wouldn't exist without Jobs' entrepreneurial drive. "It was Jobs who had turned his [Wozniak's] ingenious designs into a budding business," Isaacson writes.

Indeed, it was Jobs who pioneered Apple's customer first, a "computer for the rest of us" marketing plan. Instead of creating products they wanted to make, Jobs aimed to produce products that addressed consumers' needs, feelings and motivations.

By 1977, as Jobs and Wozniak were frenzied, taking orders for the Apple I and looking for venture capital as they developed the Apple II, the men brought on investor Mike Markkula into the business. In addition to injecting $250,000 into the company and becoming a third partner, Markkula penned "The Apple Marketing Philosophy," a three-point call to action that has served the company well. It can also be an example for other startup businesses.

Point No. 1: Empathy
Apple should strive for an "intimate" connection with customers' feelings. "We will truly understand their needs better than any other company," Markkula wrote.

Point No. 2: Focus
To be successful, Apple should center its efforts on accomplishing its main goals, and eliminate all the "unimportant opportunities."

Point No. 3: Impute
Apple should be constantly aware that companies and their products will be judged by the signals they convey. "People DO judge a book by its cover," Markkula wrote. "We may have the best product, the highest quality, the most useful software etc.; if we present them in a slipshod manner, they will be perceived as slipshod; if we present them in a creative, professional manner, we will impute the desired qualities."

What do you think has been critical to Apple's marketing strategy? Let us know by leaving a comment below.