Why Netflix, Bank of America and Dunkin' Donuts Cave in to Customer Demands

By Carol Tice November 4, 2011
Opinions expressed by Entrepreneur contributors are their own. 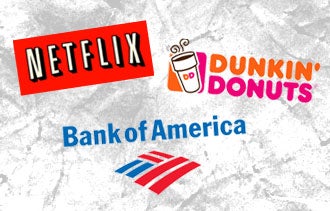 There's been a real outbreak of this lately: Companies announce they're doing something. Then, after being massively flamed in social-media, or the object of a strident petition campaign, or other form of organized protest, the company changes its policies.

The variation on this theme is when a company says it won't to something, but after a customer campaign, changes course and says it will.

This past week saw a prime example, as Bank of America pulled the plug on its plan to charge customers $5 a month simply for using their debit cards. Banks have lost a lot of revenue due to swipe-fee reform and are looking to make it up somewhere, but this idea was a resounding flop, making BofA the target of consumer campaigns encouraging customers to switch banks. One customer's petition opposing the fee got 300,000 signatures. And we all know about the Netflix debacle that forced CEO Reed Hastings to reverse course on splitting the company in two.

The question these incidents raise is, should business owners applaud or boo BofA's and Netflix's decisions? And, where is the line between being responsive to customers' needs and letting them call the shots?

There was a time when companies told customers what they did, and if customers liked it, they bought. If they didn't, they went elsewhere.

Henry Ford famously said customers could have Model Ts in any color they liked, as long as it was black. Having more colors would have meant costly assembly-line switch outs. Ford stuck with black for years.

But few companies take this kind of line anymore in the face of customer complaints. Consider these three recent incidents from September alone, where big companies bowed to public pressure:

Maybe it's a just a sign of our Internet times. It's a lot easier for unhappy customers to find each other and present a unified front to a company, and to make a lot of noise on Twitter and embarrass a company, too. These days, the bigger squeaky wheel is getting a lot of grease.

Would you change your business if customers told you to? Leave a comment and give us your position.