Retailers That Open on Thanksgiving: Is It Wrong?

By Carol Tice November 23, 2011
Opinions expressed by Entrepreneur contributors are their own. 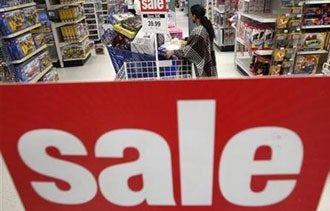 In our increasingly 24/7, always-on culture, it's no surprise that a number of retail stores now stay open for at least part of Thanksgiving Day. While this offers those retailers more hours in which to ring up holiday sales, a backlash is forming -- and it's led by the workers.

Best Buy employee Rick Melaragni started a protest campaign on Change.org, opposing his employer's insistence that workers pull a shift Thanksgiving eve. The campaign has drawn 11,000 signatures of support. Another campaign focused on getting Target to pull the plug on Thanksgiving Day work hours has drawn over 180,000 signatures. Wal-Mart, Toys 'R' Us, Kmart, Sears and Old Navy are among the other retailers that have Thanksgiving-Day sales planned.

The protests raise the issue: Are Thanksgiving shop hours simply offering good customer service, or is it an example of employee cruelty?

Some retail workers feel they should be able to spend this last day before the official start of the 2011 holiday shopping season with their families giving thanks, not manning a checkout register. Shoppers should probably do the same.

Besides sales, another factor in moving the biggest shopping holiday of the year into Thanksgiving is crowd control. For some retailers, expanding the shopping holiday is an effort to prevent near-riots on Black Friday, the following day. Wal-Mart in particular has seen people die in its aisles in the opening crush on Friday. So it's not just a crass, greedy move to open on the holiday.

Chains open on Thanksgiving in part to meet what is clearly pent-up customer demand -- and make their stores safer. It'd be nice if shoppers could just learn how to behave during a sale, but unfortunately deal-inspired stampedes are probably not going to stop.

As more and more big chains decide to open on Thanksgiving, it really ups the ante for small retailers who may want to celebrate at home -- and not leave a groaning Thanksgiving table and assembled family and friends to troop off to their store. Few small stores experience the kind of crazy stampedes the big stores confront, but the pressure is on to open just the same.

To be competitive, do you open your doors? Here's hoping most entrepreneurs and their employees will be home celebrating with their families. We can all use this day off from business.

Will you be open on Thanksgiving? Leave a comment and let us know yes or no -- and why.