Why Your Small Business's Google+ Efforts Must Be Unique and Visual

Shira Lazar
November 23, 2011 min read
Opinions expressed by Entrepreneur contributors are their own. 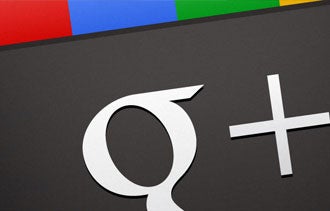 Editor's Note: This is the first installment in a two-part series of blog posts from social media blogger Shira Lazar about how entrepreneurs can more effectively use Google+ for business.

With Google+ adding "Pages" earlier this month, the more than 260 million user platform has become yet another social network to add to your list of places to engage with potential customers. Let's also not forget the reach of its mother ship Google.com, which attracts more than 1 billion unique visitors each month. And according to a new study from search engine optimization firm BrightEdge, 61 percent of the top 100 brands have launched their own page.

So how can your brand best utilize Google+ to build your business and community? Here are some tips from those who are doing it right:

Don't repurpose content.
WineLibrary.com co-owner, author and social media maven Gary Vaynerchuk told me, "Repurposing content from Facebook and Twitter is a no." While automating updates might seem like the easiest way to be present on a social network, it is a definite faux pas for having a relevant presence or building community and conversation.

Related: Gary Vaynerchuk's Advice to Entrepreneurs: Focus on Your Strengths

Engage with customers.
For Samsung, which launched its profile an hour after the Pages announcement, their Google+ strategy is mostly about engaging with customers on their turf, says Esteban Contreras, the company's Social Media Marketing Manager. The South Korean technology company uses Google+ to share promotions, new commercials and product news with its customers.

Samsung also posts messages that are geared for engagement. For instance, the company recently asked its followers to rank their top five blogs and tell us where they were on 11/11/11 at 11:11:11am, says Contreras. He adds that to build awareness, business owners should link from other social media accounts, as well as from corporate websites through the official Google+ badges.

Visuals and collaboration go a long way.
Don't just post a link from your blog with a headline. Since Google+ is inherently connected to YouTube (Google owns YouTube), video integration works seamlessly on your page. As YouTube rolls out its own content channels in 2012, this will allow for even greater distribution and reach.

The National Aeronautics and Space Administration, or NASA, is a great example of a brand that uses incredible visuals to their advantage. Their striking images and descriptions quickly get shared across the network by enthusiasts and newbies alike -- helping the federal agency grow its network from 500 to 6,000 a day.

Then there's Team Coco, which isn't just contributing hilarious content these days. The digital arm for Conan O'Brien's late night show recently had the comedian talk show host create a YouTube video asking viewers to send in pictures of sad animals. The winning pictures were then uploaded to the page with captions, creating fun community collaboration.

4 Things You Should Change About Your Email Marketing

Turn the Curious into Customers: How to Market Your New Business