How a Franchise Can Play the Real Estate Market

By Jason Daley December 21, 2011
This story appears in the January 2012 issue of Entrepreneur. Subscribe » 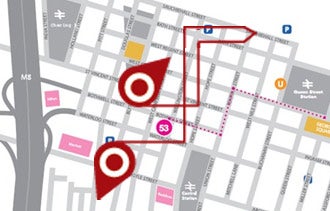 A decade ago, if you were trapped in a conversation about real estate at a cocktail party, someone would inevitably throw out the well-weathered observation that "McDonald's isn't a fast-food restaurant; it's primarily a real estate company." Investing in property, they were saying, was bulletproof. If you were to make that assertion these days--after the mortgage crisis tanked housing values, tossed thousands of people out of their homes and shook the economy to its core--you'd likely get a drink tossed in your face.

However, from a franchising perspective, the statement still makes sense. Franchises have always been obsessive about real estate, trying to figure out exactly what locations and layouts drive traffic--something McDonald's has indeed mastered. As the recession has progressed, and franchisees have struggled with rent while franchisors nix marginal locations, the franchise world has been reminded just how important the real estate equation can be. As a result, franchisors are getting more serious about site selection and are trying to take advantage of the depressed real estate market to improve their bottom line.

"If you get your business set up now and locked in during this conservative environment, then you've set yourself up for a lower cost basis when the economy goes back up," says Phil Baugh, managing director of Baum Realty Group, a Chicago firm specializing in franchises.

One company putting a stronger focus on real estate is Beef 'O' Brady's, operator of 213 sports pubs. The chain has taken a beating during the recession, losing revenue and closing locations. But in the last year, its new stores have averaged higher sales than the rest of the system. Chief development officer James Walker attributes this in part to menu tweaks and better accounting help for franchisees. But a big part of the uptick is a redesign dubbed "Beefs 2.0," which modernized the décor and maximized seating capacity. Most important, the flexible design can be scaled to fit almost any location.

"This layout can be manipulated to take advantage of any space between 2,800 and 6,000 square feet. We're not looking at just one box," Walker says. "When you have a rigid footprint, you may find other players in the market going after the same spaces. Our ability to sway north or south keeps us from head-to-head competition for sites."

In other words, if a competitor bids up the price of a location, Beef 'O' Brady's has the option of looking across the street, while the other concept might not.

Beef 'O' Brady's is also putting a new emphasis on site selection. In 2010, it teamed with Site Analytics, a New York-based data company that helps franchises find ideal locations for their units. This has changed the way Beef 'O' Brady's looks at its restaurants, convincing executives that increased traffic at prime locations can more than make up for the higher rents. "We're certainly looking for deals that make economic sense from a sales vs. square-foot perspective, but we're not looking for cheap deals," Walker says. "We're looking at better sites than we did in the past."

Greg Vojnovic, vice president of development at Popeyes Louisiana Kitchen, has come to the same conclusion. "Flat out, good real estate is still good real estate, and it will still be good five years from now," he says. "There are no giveaway prices on great sites. The big advantage during the recession has not been in pricing, it's in availability. A-plus franchise locations that were bombproof and occupied for 20 or 30 years have suddenly opened up, not because the site is bad, but usually because something else happened to the franchisor or in the franchisee's life. It's like a 100-year flood."

Vojnovic is trying to take advantage of those once-in-a-lifetime locations. Like Beef 'O' Brady's, Popeyes is using data to pinpoint the next great location. "Prior to 2008, our site modeling was not very good. But we found that investing in data is an important resource," he explains. "Now when we tell a franchisee they should lease a more expensive A-plus location, we can show them data that makes them more confident that the site will deliver what they need. It's not a leap of faith anymore; selecting sites is rigorous and disciplined. Better real estate is a better chance to create a high-performance restaurant."

Site Analytics founder and president Adam Epstein says that as the data becomes more precise, sophisticated number-crunching will be a major driver in franchise real estate. And the algorithms not only find the best real estate, they bust myths franchises hold about themselves. For example, a franchise that had long believed it requires a trade area of 100,000 people may realize it can get by with 75,000, and discount concepts that had focused on low-income areas may find that people in high-income areas are looking for bargains, too.

"I think smart operators have always been reluctant to make mistakes, but now franchisors can rely on something more than intuition or a coin flip," Epstein says. "Now they realize there is a demonstrable return to their bottom line by stepping back and saying, let's look at our data closely."

Jennifer Watson, vice president at Baum Realty Group, is quick to caution that although there is a lot of vacant square footage, finding a true deal takes work. With so many companies trying to upgrade from B and C locations to newly vacant A sites, landlords have little incentive to drop prices. "The key to taking advantage of the real estate market is to work with brokers on the inside track and leverage relationships to get off-market deals," she advises. "For one client, Newk's Express Café, we go after vacant Blockbuster and Hollywood Video [stores], which have A-plus locations. We want to get those before they hit the market."

The real estate malaise has also created opportunities for long-standing franchisees. Both Beef 'O' Brady's and Popeyes have programs that help existing franchisees move to new locations identified by their data. But the biggest opportunity for franchisees may be lease renegotiation. For franchisees with decreasing sales and high rents, landlords are often willing to revise their terms rather than lose a tenant.

Baum Realty's Baugh cautions against going into lease negotiations casually. "I've seen a lot of rent reductions driven by necessity, but it's also become a trendy thing to do for some people," he says. "I know of a multiunit franchise owner who wrote letters to all of the landlords demanding a rent reduction. If you go in haphazardly, it could taint your reputation and the relationship with your landlord."

Instead, Baugh advises presenting proof that a reduction will benefit both of you. "Bottom line, as a franchisee you want to go in prepared, knowing exactly what you want and why you want it," he says. "Say you've been successful for five years and have been down for six months and need a cash influx. You can negotiate a temporary rent relief. If you've been struggling for three years, you might want to restructure the entire deal. But you need supporting documentation for your cause."

Several franchisors have gone to the plate for franchisees needing rent relief. In 2009, Quiznos fielded several teams to help struggling franchisees deal with landlords. At the same time, Annex Brands, which owns shipping franchises such as PostalAnnex+, put a full-court press on landlords. "Obviously, having a national franchisor come to the table lends some credibility," says Chris Kimball, the leasing associate at Annex, who says he was able to renegotiate deals the majority of the time, averaging a 20 to 25 percent reduction for his franchisees. Now the company offers renegotiation help as an ongoing service to franchisees. "It was a very successful program, and it saved stores--no doubt about it," Kimball says.

Franchise real estate has been fundamentally altered by this recession, but the window for finding good deals is closing fast. "My experience with real estate is that landlords are slow to react with downward rents and quick to react to increase rents," says Beef 'O' Brady's Walker. "Luckily, we're in a time where there are good rents to be had in sites that make sense. But it won't take much positive economic news for the rates to go up."