The State of Venture Capital in 2012

By Peter S. Cohan December 19, 2011
Opinions expressed by Entrepreneur contributors are their own. 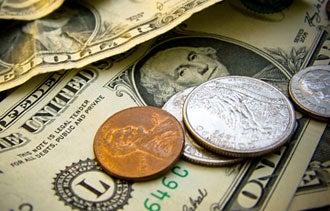 While the venture capital industry enjoyed some notable exits in 2011, there isn't enough prosperity to get those VCs out of the investment basement in 2012. That's a trend which doesn't bode well for young companies looking for venture investments in the New Year.

On balance, the VC industry is likely to end 2011 near the bottom of a decade of lousy returns for their limited partners. And with fundamental changes in the way startups operate and finance themselves, this decade of VC investment doom has created serious questions about whether venture capital can ever rise from the ashes.

Taking the long view of VC investing, 2011 looks like it will end with at most a quarter of the level of capital invested compared to its all-time 2000 high. In 2000, total VC invested hit nearly $100 billion -- growing at an annual rate of 68 percent since 1995 -- the year that Netscape went public, according to the National Venture Capital Association.

Meanwhile, when you subtract out all the fees and expenses from the returns that VCs generate for their limited partners, what you get is a surprisingly lousy return on investment.

For the decade ending June 2011, VCs earned an average of 1.3 percent for their long-suffering investors. Compared to returns from the Dow Jones Industrial Average (4.2 percent), the Nasdaq (2.5 percent) and the S&P 500 (2.7 percent), the historical statistics do not bode well for attracting new investment.

What's more, if you look at the 10 year return of VC funds -- they typically hold onto client money that long -- you see that returns to limited partners were negative in the decade ending each quarter between June 2010 and March 2011.

The one brightish spot for VC in 2011 -- that could carry over to 2012 -- was the post-IPO returns of seven prominent venture-backed start-ups. After all, by my calculations, those seven were up 2 percent on average through December 9. But that small increase masked wide variations between winners like LinkedIn, which is up 60 percent from its IPO and Demand Media, down 54 percent from its opening.

If you happen to be working on a startup that competes in a market segment where VCs have just made big gains, then the peer VCs who missed out will be eager to invest in your company in 2012. Otherwise, you could be in for a tough sell.

Do you think VC investment will pick up next year? Tell us why or why not in the comments section.

Related: The Investors Who Laughed at Zynga