By Shira Lazar January 10, 2012
Opinions expressed by Entrepreneur contributors are their own. 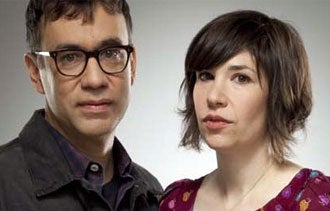 If you haven't seen Portlandia yet, there's a good chance you're not a geek. Or maybe you're a geek who hasn't seen Portlandia yet. Regardless, the IFC show, which airs on Fridays at 10 pm eastern, has made its mark by poking fun at hipsters and granola aficionados alike -- garnering attention from an unlikely, though loyal crowd: geeks.

Targeting this audience who is naturally digitally savvy with the right shareable content has allowed the network to gain relevance, buzz and a boost in ratings. I spoke to the President of IFC, Evan Shapiro on the network's philosophy and strategy for wooing the Web:

How have you successfully captured the attention of Web-savvy customers? Let us know in the comments section.