What Facebook's IPO Means for VCs and Entrepreneurs

By Peter S. Cohan February 1, 2012
Opinions expressed by Entrepreneur contributors are their own. 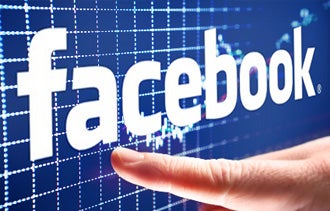 If you've been greedily scanning the headlines about Facebook's IPO -- wondering whether the social networking giant's move to go public will serve as the spark venture capitalists need to launch a new flurry of funding -- you may be disappointed.

Facebook looks to be grossly overvalued. If the estimates are true and Facebook is worth $75 billion to $100 billion, Mark Zuckerberg's legacy, which reeled in $3.8 billion in 2011, would have a price-to-sales ratio of 19.7. (If you're not a stock trader, the price-to-sales ratio is determined by dividing the total value of a company's shares by its revenues. When this ratio is smaller, it's considered a better investment as the buyer is paying less for each unit of sales.) So in other words, Facebook's shares are 497 percent more expensive than Apple's and 294 percent costlier than Google's.

Make no mistake, the Facebook initial public offering will enrich its backers like the venture capital firms like Digital Sky Technologies and Greylock Partners. But for other VCs and entrepreneurs, the Facebook IPO will only mean something if it unleashes a fever for start-up investing that creates an insatiable appetite for more IPOs. But there are two reasons why a Facebook IPO will not lead to that outcome.

First, unlike Netscape's 1995 IPO, Facebook's technology doesn't look like it'll lead to a fundamental transformation of the way businesses operate. While social media is changing the way people communicate, Netscape's browser helped make the internet easier for consumers and businesses to use. And it led to a flock of new industries -- ranging from website publishers and consultants to makers of web infrastructure and designers.

Though Facebook is showing some of its potential in apps development and search, the social network, as is, hasn't demonstrated a monumental shift. And even if it's made strides in advertising, the company's revenues are a mere 1 percent of estimated 2011 global advertising spending of $506 billion. And at the end of the day, its IPO will not move the corporate advertising needle.

Secondly, Facebook's rumored IPO price sets such a high valuation -- as noted above -- that it will be nearly impossible for the stock to rise consistently above its IPO price after the initial pop.

And while the media likes to parallel the Facebook IPO to that of Google whose share price has risen nicely since its 2004 IPO to $580 from $84, the comparison doesn't work. That 30 percent compound annual growth is good, but Google trades 19 percent below its 2007 peak of $715.

To be fair, there is one reason to think Facebook's stock will climb after it goes public. A quick look at Google's 2004 prospectus reveals that its price-to-earnings estimate was the same as Facebook's.

That's the only glimmer of good news for those hoping Facebook's IPO might breathe new life into the business of VCs and tech entrepreneurs, however. Facebook's inability to noticeably transform the way companies operate their business means that it may very well remain a niche phenomenon in the grander economic scheme.

What effect will Facebook's IPO have on the VC community and the tech world overall? Let us know in the comments section.