What Are You Willing to Do to Launch Your Business?

By Carol Tice February 15, 2012
Opinions expressed by Entrepreneur contributors are their own. 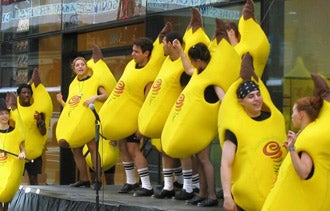 Here's a dirty little secret of entrepreneurship: It's not usually all glamour and a fat cash register at first. Most business owners need a commitment to doing whatever it takes to get over the hump, to where their business makes enough to fully support their family.

I once profiled a successful young entrepreneur who opened a trendy shoe boutique in downtown Seattle. I learned that the store barely survived its first year. It was in a bit of an out-of-the-way location, and people weren't coming.

She went to her dad, also an entrepreneur, to ask for a loan. He refused. Instead, he told her if she really had a passion to make this business happen, she should get a bank loan or a side job to keep it afloat until the store's revenues improved. This chic young woman then spent a year on a grueling schedule: She worked as a bar-back -- hauling in crates of beer bottles into the wee hours -- and ran her store during the day, until it threw off enough cash that she could quit.

Sometimes, it's not about whether you have a great idea or that you don't believe in your dream. It's a question of what you're willing to do to get through the tough times to where you make a profit.

For instance, in 2008, when young entrepreneur Matt Wilson started the online community Under30CEO, his mother was struggling to make ends meet with a flagging real estate business. To help her and keep his business afloat, he dug ditches for 12 hours a day.

Recently, a friend who opened a co-working space in the Seattle area not long ago confessed to me guiltily that she was taking some technical writing gigs on the side for some immediate income.

I told her that story about the shoe-boutique owner.

And me? I typed scripts at night two years while I built my freelance-writing business, way back when.

It seems like entrepreneurs are always ashamed to say they're holding down another job -- or two -- while they launch. Instead, I think business owners should be proud that they have such an intense level of belief in their vision that they'll do whatever it takes to see it to success.

What have you done to keep your business alive? Leave a comment and tell us your story.