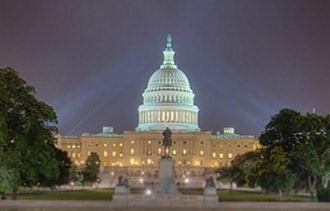 The government agency that represents small-business issues on Capitol Hill asked Congress for more than $1 billion for 2013, more than 20 percent above what it got this year. But at the same time, it is asking for the authority to back $3 billion less in loans to small businesses than it asked for in 2012.

The Small Business Administration’s budget proposal, submitted to Congress as part of the President’s $3.8 trillion budget earlier in the week, asked for $949 million for the agency’s general functions and $167 million for the agency’s Disaster Loan Program, totaling $1.1 billion. The SBA is tasked with administering low-interest loans to businesses, homeowners and renters in disaster zones.

One of the SBA’s most significant roles in helping the nation’s small businesses is to facilitate access to capital. The SBA does not loan directly to small businesses, but rather works with financial institutions by guaranteeing a percentage of the loans against failure or default. The cost of these small business loans is paid for through the fees that the SBA charges to participate in their lending program and through taxpayer money, which comes to the agency by way of a federal appropriation, or subsidy.

And for the 2013 fiscal year, which begins Oct. 1, the SBA is asking for a federal subsidy of $351 million, a 67 percent increase over the $211 million from 2012 fiscal year, to pay for the loans it expects to make in 2013 over the lifetime of those loans. At the same time, the agency is proposing to drop the authorized cap on the SBA’s two most popular small-business loan programs. The cap on the agency’s flagship 7(a) loan program will drop to $16 billion from $17.5 billion and the agency’s real-estate driven 504 loan program will drop to $6 billion from $7.5 billion.

The SBA says there are a couple of reasons for needing to spend more to secure fewer loans. First, it says that subsidy costs have increased due to “risks inherent in an environment of sustained unemployment and depressed real-estate market.” Also, the SBA says that it has learned from some “low-performing loans” made in the mid-2000s that are still costing the agency.

Small-business lending expert Bob Coleman, founder of Coleman Publishing, says that the lower loan caps are due, in part, to expiration of stimulus measures that temporarily increased the amount of a loan that the government would guarantee and decreased the fees, making SBA loans attractive to both lenders and borrowers. “They are going back to pre-stimulus numbers,” said Coleman. The newly stated levels “should be sufficient to meet the demand for the industry.”

Meanwhile, in a political environment where adding to the deficit is scorned, the SBA did propose pulling back funding in a handful of areas including a couple of technical assistance programs, it’s HUBZone program, and its initiatives to develop entrepreneurial clusters, among others.

Those budgetary trimmings didn’t sit well with Sen. Mary L. Landrieu, (D., La.), the chairperson of the Senate Committee on Small Business and Entrepreneurship. “I am very concerned when it comes to reducing the budget for our counseling and technical assistance programs and the negative impact such cuts could have on critical, core services for America’s entrepreneurs,” she said in a written statement.