Six Design Mistakes to Avoid in Your Store

By Jane Porter March 20, 2012
Opinions expressed by Entrepreneur contributors are their own. 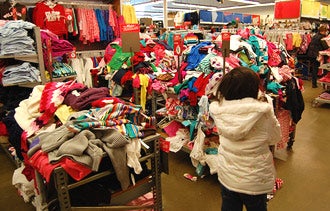 Retailers know they must provide quality products and good service to thrive, but too often, they overlook the importance of store design to their success.

Shopkeepers sometimes try to cut corners or simply don't plan their commercial space well. They may skimp on lighting fixtures, for example, or fail to allot enough space for the inventory they will need to carry. "There is a tremendous amount of failure in retail," says Jerry Birnbach, a Somers, N.Y.-based store-planning consultant. "Had [store owners] done a little due diligence upfront, they would not have failed."

Here are six common mistakes to avoid when designing your store:

1. Failing to do a thorough inspection of the facility
Your store space might seem like an ideal fit for your needs, but there could be hidden problems. From incorrectly placed electrical fixtures to poorly designed air conditioning units, such problems could cost a fortune to fix if you don't catch them before signing a long-term lease. Birnbach advises bringing in an architect or contractor to inspect the space before committing, no matter how ideal it seems. "There are so many hidden skeletons," he says. "These are things you need to know upfront."

2. Overlooking inventory turns
Many retailers fail to think about store design in terms of product turns, says Melanie McIntosh,  a Vancouver, British Columbia-based consultant. Before considering design options, you should do some number crunching to estimate how much merchandise you're going to sell and how much inventory you will need to keep in the store. Too often, business owners don't take the time to determine how much product they'll need to sell in order to cover the cost of running their store. "Actually plan out," McIntosh says. "How much inventory does my store need to hold?"

3. Getting the lighting wrong
Selecting the proper lighting -- from temperature to energy efficiency to placement -- is extremely important to how appealing your product will look. Every product, from evening gowns to lawn mowers, has its own particularly flattering type of lighting. "It's not about being able to see. It's about coloration and temperature of light," Birnbach says. "Cheap lighting doesn't make your product look good." 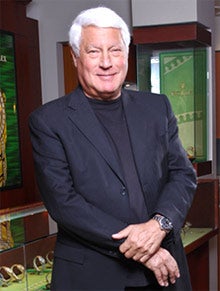 Even so, lighting is often poorly designed because retailers are trying to cut costs or they rely too much on other people's advice. Harvey Rovinsky, who owns Bernie Robbins Jewelers, a Somers Point, N.J.-based chain of seven jewelry stores, learned the importance of lighting when he redesigned his flagship shop. The metal halide fixtures his architect selected created a cold sterile light that didn't let his jewelry sparkle. "In the jewelry business, you need to have terrific lighting," says Rovinsky, who attributes his mistake to trusting his architect too much.

4. Neglecting the design of your checkout area
Despite its importance, many retailers don't give much thought to the checkout area. But they should consider its design more carefully, making sure they allot enough space for storage and returns so it doesn't get cluttered. "This is a very important space," McIntosh says. "You want to have a good impression for the customer when they are leaving, but often it gets very messy because you are taking care of business."

5. Displaying your products in a disorganized way
How you display merchandise can significantly affect sales, but some retailers don't consider the way their customers shop when laying out their stores. "When a customer is asking for things, do you have to zigzag across the store to help them meet their needs?" McIntosh asks. If so, there's a problem.

It wasn't until Jim Broadhead sought out McIntosh's advice 12 years after opening Pipestone Travel, a Calgary, Alberta-based travel apparel retailer, that he realized his three stores were poorly organized. Items had been grouped by type, with all pants lumped together, for example, regardless of style or function. Broadhead found customers could browse more easily if he put items together by category instead, arranging all casual and active-wear in one spot, for example. Since last year's redesign, his sales have risen 15 percent.

6. Forgoing flexibility
Consumer buying trends are always changing, which means retailers need to build flexibility into their designs. But shop owners often don't plan that far ahead. While flexible display fixtures might require more investment upfront, they will make your life much easier when the time comes to modify your store offerings.

When Mark Janczak moved his St. Charles, Ill.-based Critters Pet Shop to a new retail space in 1992, he liked the built-in walls left by the previous tenant because they sectioned off his aquarium area nicely. But as customers became more interested in buying high-quality pet food, Janczak realized his space couldn't easily accommodate a merchandising change. He tore down the built-in walls and put in movable fixtures that allowed him to replace fish tanks with food racks as customer demand continued to shift.

Related: Five Signs an E-tailer Is Ready to Open a Storefront