Five Signs an E-tailer Is Ready to Open a Storefront

By Jane Porter
March 12, 2012
Opinions expressed by Entrepreneur contributors are their own. 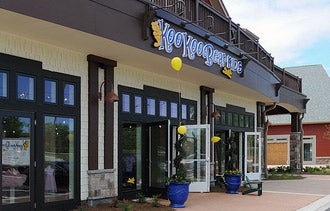 Ecommerce is critical to most retail businesses these days. But opening a bricks-and-mortar store might be the way to give your sales a boost.

"Even though technology has become a necessity for us, there's something very different about being physically in a store and seeing a product," says Derick TeeKing, partner at Fleming + TeeKing, a San Diego-based retail and consumer products consulting firm. "A store provides a sense of intimacy everybody wants to have with their consumer. We tend to have these virtual relationships. … There's something to be said when we actually interact with another individual."

But setting up a store can be an expensive proposition and not a move you want to make on impulse. Here are five signs that it might be worthwhile to expand your ecommerce business to bricks-and-mortar:

When your customers demand it
Some people simply prefer to shop in stores where they can see the merchandise. To their surprise, Damon Neth and his wife discovered that was true of people who play disc golf, a game in which discs are thrown into baskets on an 18-hole course. When they co-founded Disc Nation a decade ago, the Neths planned to run the online disc golf equipment business from their Massachusetts home. Before long, customers found out where they were located and began asking for permission to shop at their home.

Related: A New Breed of Antiques Dealers Specializes in Retro-Chic

"Disc golfers tend to be fanatical about the sport," Neth says. "After a couple years, we had people coming by daily to shop in our garage." In 2006, the couple moved to Austin and decided it was time to invest in a bricks-and-mortar space, which has helped quadruple their revenue. Behind the Disc Nation store is a six-acre driving range where customers can try out discs before buying them.

When your product is expensive
Many consumers of high-end products want to look and feel before they buy. Three years after launching KooKoo Bear Kids, an online children's furniture retailer, Joe Mediate and his partners realized their biannual sample sales for furniture used in catalog shoots was stirring up customer demand to see and buy products in person. In 2006, they opened their first store in Atlanta. Customers were so interested in seeing more of their inventory that they soon moved to a bigger location and last year opened a second store in Atlanta.

"People might come here six or seven times before they buy something," Mediate says. "They want to come into the store and see how you operate as a business prior to churning out $5,000 for a piece a furniture." KooKoo Bear Kids stores also give customers decorating ideas. While half of the company's $12 million in revenue last year came from bricks-and-mortar sales, 80 percent of its high-ticket items, such as beds and armoires, are bought in the store.

When your market is geographically concentrated
If many of your customers live in one area, opening a store there can make sense. That proved to be the case for Neth's disc golf business, which had a huge market in Austin because the sport is particularly popular there. Neth's store is sandwiched between two disc golf courses, which provide a steady flow of customers. "In Austin, we are really part of the community," says Neth, who had 10,000 customers come through his store last year. "We can connect with customers in a different way."

When your product isn't easy to ship
Certain large products like furniture are often less appealing to buy online simply because they can be difficult and expensive to ship. Long shipping times can also be a problem. UBreakiFix, an Orlando, Fla.-based technology repair company specializing in smartphones, found that customers didn't like waiting to get their phones back by mail. Surviving a whole week without a cell phone can seem like a near eternity to some customers. Four months into running their online operation, co-founders Justin Wetherill and David Reiff realized they could capitalize on people's need for speed by opening a store that would do immediate repairs. Customers could walk in and out with a fixed phone in half an hour. Soon the small Orlando store was making more money locally than through its national ecommerce business. The company now operates 23 shops around the U.S. and plans to open five more this month.

When your competition has an edge
Sometimes a physical store can help you compete, especially if your rivals offer lower prices online or operate their own bricks-and-mortar shop. Furniture retailers, for example, "are competing with [large companies] like Pottery Barn," Mediate says. Opening a showroom gave his furniture store a fighting chance against bigger retailers in a way ecommerce simply could not.

In the nascent days of uBreakiFix, Wetherill and Reiff realized online competitors were charging less than their $80 mail-in repair rate. But opening stores allowed them to maintain the higher price because customers were willing to pay more to have their phone fixed faster. "If you sell something like we do that people need immediately," Wetherill says, "it adds a lot of value for people to be able to get it that day."

Opening a bricks-and-mortar store doesn't mean you ditch your website. Each retailing format provides its own benefits. Mediate, for example, can track its online sales down to the postal code using his ecommerce site -- a detail that's helpful as he considers where to open his next store. Neth finds that customers may make a purchase online and come into the store to pick it up, or they may check out a product in the store and later buy it online. And although uBreakiFix's web business accounts for only three percent of total sales, the site is still vital because it allows customers to get price quotes and find store locations.

Related: How One Startup Streamlined and Stylized its Online Storefront