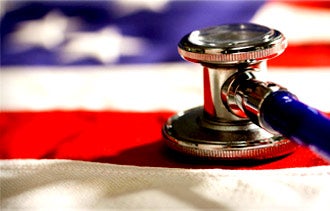 As the U.S. Supreme Court finishes up hearing challenges to the Affordable Care Act, business owners continue to be split on what outcome they'd like to see. The possibilities include no change to implementation of the 2,700-page law, while some parts of the law could get struck down, as others are kept. Or, the whole thing could get tossed out.

We won't have a resolution until June, but the business community aims to continue to debate the issue.

Leading the charge for those who'd like the law abolished altogether is the National Federation of Independent Business, whose lawyer presented the group's opposition before the court. NFIB president Dan Danner in a statement called the bill "one of the greatest government threats ever to face small-business owners." He added that it fails to achieve its stated goals of reducing costs and making it easier for more citizens to have health-care coverage.

For its part, the U.S. Chamber of Commerce calls the law "fundamentally flawed." The group's president and CEO Thomas J. Donohue in a statement cited high premiums and increasing costs for employers, as well as limited options for patients who lose employer coverage. The Association of American Physicians and Surgeons also opposes the law. The group's executive director, Jane Orient, claims that requiring Americans to buy insurance violates the Fifth Amendment protection against the government forcing one person to pay cash to another.

On the other side of the fence is an array of business and citizen groups. The Main Street Alliance, a small-business advocacy group, recently featured a group of auto-shop owners who support healthcare reform who say their businesses benefit from the Small Business Health-Care Tax Credit. “We thought we were going to qualify for a credit of about $5,000,” says one shop owner, Jim Houser. "Well, we were in for a surprise. When we ran the final numbers, we received a credit of almost $13,000!"

A coalition of progressive consumer groups and labor unions known as Health Care for America Now also supports the law. "The larger healthcare reform community is going to be out in force with a simple message: don't take away our healthcare," said Ethan Rome, the group's executive director.

Despite those polar-opposite views, many believe that no matter what the Supreme Court decides, health-care reform will continue. It just may not be mandated by law.

No matter what outcome you're rooting for, it will be good to eliminate the uncertainty around health-care reform implementation since its passage, so business owners are clear on what they need to do.

Would you like to see health-care reform repealed? Leave a comment and let us know your view.