The Business Model for Disruption

By Tim Berry April 3, 2012
Opinions expressed by Entrepreneur contributors are their own. 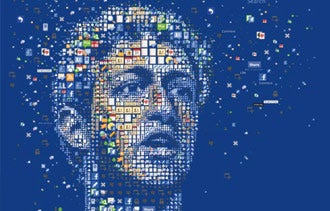 How do you plan for a disruptive business that doesn’t make money until later? What’s the business model?

But sometimes there’s a catch: In today’s business environment, it’s difficult to disrupt and monetize at the same time. Monetize, by the way, is the new high-tech buzzword for making money.

Facebook is the shining example of this new kind of business. We all watched (if we believe the movie version as told in The Social Network) Mark Zuckerberg ignore revenue as he dedicated himself feverishly to gaining traffic. He sneered at revenue because it would slow traffic.

Now, Facebook is talking about going public at a valuation of $80 billion or more. Although the number isn’t public knowledge, I did a web search and found that credible sources have estimated Facebook’s revenue last year at $4 billion. So, if you define business model as a way to make immediate money, Facebook didn’t have one until it figured out advertising several years after it started.

Twitter and Pinterest are two other good examples. Press reports earlier this year had Twitter valued at $9.8 billion. That’s not for the revenue it generates now; that’s for the power it has in traffic, influence and future revenue. Twitter is struggling to come up with a business model, groping with ads and positioning in exchange for real money. As for the new upstart Pinterest, it just builds traffic and trusts the future. Twitter disrupted blogging and email. Pinterest disrupted photo sharing.

Related: The Myth of the Business Plan

How do you develop a business plan for that? I can suggest two fundamentals to go by:

1. In terms of money flow, disruptive entrepreneurs spend investors’ funds until they get big enough to figure out how to generate revenue on their own.

Say I’m building a new and exciting website or mobile app, then I want traffic now to stimulate buzz and excitement. Charging users will slow traffic growth, so I give my creation away at no charge.

To raise money from investors, I start out with a seed round of a few hundred thousand dollars. That covers expenses for a few months as I build the prototype and prove the concept works. Next, I get a round of venture capital, maybe a million or more dollars, so I can hire some workers and keep going. Before that funding runs out, I manage to increase traffic and go back to venture capitalists for a much bigger pile of money. That sustains me a while longer, and I still don’t have to charge my users.

For a recent example of this kind of business plan, think of Klout, the influence measurement standard, at Klout.com. Founder Joe Fernandez raised $1.5 million in early 2010, then spent it building the algorithm, the site and the team to run the business. All of that went well. Klout did come up with its revenue-generating Perks program, but it isn’t enough money to support itself. So in late 2011, Klout raised another $30 million, enough to keep going until sometime in the future when it hopes to be worth a lot more money.
And so it goes.

2. The business planning for this kind of disruptive business is all about "burn rate" and "runway." You fill the coffers with funds, spend them, and return to the well to raise more. Burn rate is the monthly spending amount, and runway is how long you have, at that burn rate, before your investment treasure chest is empty.

This is, in fact, a lot like what was going on in the late 1990s before the dot-com boom. What happened to get people playing this game again was Facebook’s huge success. And Twitter, although its business model is still murky, is also well-positioned to make some early investors big piles of money.

It’s all sort of like prospecting. Every person who strikes it rich inspires a hundred more to buy picks and shovels and load up a burro.