From Pinterest to Gumroad, 19-Year-Old Sahil Lavingia on His Trek Through Silicon Valley

By Lyneka Little April 16, 2012
Opinions expressed by Entrepreneur contributors are their own. 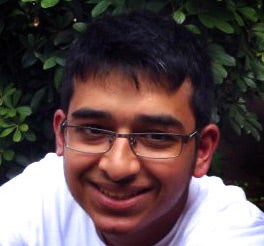 At 19, Sahil Lavingia already has a resume that would make most people in Silicon Valley envious. Not only was he part of the founding team at the wildly popular social-media site Pinterest, he helped build a number of successful smartphone apps like Turntable.fm and co-launched the file sharing site Crate in 2010. But these days, the young tech dynamo is busy celebrating his one-year anniversary at Gumroad, a service that helps people sell intangible creations like songs and photos.

We spoke to Lavingia about being a young entrepreneur and what it's like to raise more than $1 million from some of the world's top venture capitalists. Here is an edited snapshot of that conversation:

What is Gumroad?
Our goal is to make selling stuff as easy as sharing stuff. The loop of content publications has gotten shorter. First it was books, and then newspapers and magazines. Instead of blogs, now there's Twitter, Tumblr and Pinterest. The selling model is primed for disruption. I don’t think it makes sense that the way we communicate with each other has totally shifted, but the way we sell is the same model we used ten years ago.

How did you find investors for Gumroad?
Every single investor in the Valley knew what Pinterest was because we had just raised a significant amount of cash. So because of my experience at Pinterest, I already knew a lot of investors there personally. Investing is all based on relationships and it tends to snowball. You get a few people saying "yes" and everyone wants to join in.

Has your young age ever held you back?
No, actually my age gets me in the door sometimes. If I was at the same place I’m at today except I was 40, no one pay attention. Also, users don’t care how old I am. They just want to use the best products.

Related: The Big Mistake Businesses are Making with Pinterest

Who in the tech world inspires you?
My favorite founder is Cory Levy. He is the founder and COO of One Inc., an app that notifies users when someone around them shares their interests. He's not caught up in the hype and raising money and all the things that don't matter, he's authentic.

What else is on tap for you?
Hopefully nothing. If Gumroad goes as well as I hope it will, I want to work on it until I die. I think it solves a really big problem. And I think being able to focus on it is key. The founders that I respect most are the ones who work on their companies tirelessly.