Embracing Failure on the Path to Success

By James Marshall Reilly April 18, 2012
Opinions expressed by Entrepreneur contributors are their own. 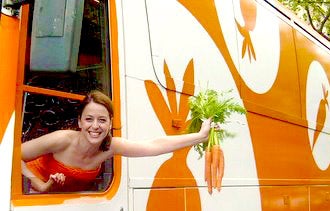 Successful people will tell you they have failed. That, in fact, they have failed many times. The difference, I noticed, between these high achievers and the rest of us is that even though we all may reflexively regurgitate the same clichés about failing and the value of lessons learned, successful people actually believe them in a substantially deeper manner.

I consistently observed that those in the top tier of success don’t internalize failure in the same way that most people do. For them, failure is not a reflection of self. It is completely objectified and isolated, believed to be an experience from which to learn, a measure of the inability to accomplish one specific task at a single moment in time, or the result of variables that likely have little to do with the individual in question. Nothing more.

During the hundreds of hours I spent with cutting-edge ideators, entrepreneurs and leaders, regardless of their respective goals or definition of success, failure was never a topic about which they were guarded or reserved. In fact, in many cases successful individuals were even more enthused to discuss their failures than their successes. An unemotional relationship with failure is a contributing factor to why some people succeed.

Ido Leffler, cofounder of Yes To, a San Francisco-based maker of hair and skin-care products, told me about a failure that could have bankrupted the company. When they received their first large order from Walgreens, knowing that Yes To products needed to sell well in Walgreens’ stores in order to push the initial trial relationship to a full-fledged partnership, Leffler and his team decided to launch a multimillion-dollar print media campaign to help bolster sales.

Despite careful planning, the results were, according to Leffler, “disastrous,” with the rate of return coming in far below what the company had invested in the ad campaign. So far below that it almost derailed the company entirely. “We went into survival mode,” Leffler told me. “But then, we put peanuts into social media and some interesting things began to happen.”

When he said social media, he wasn’t referring to the hot technology of the moment. The Yes To team latched onto an old-fashioned form of marketing by attaching the brand to National Carrot Day, an admittedly obscure holiday on February 3. The company spent very little money to organize hundreds of people with “Yes to Carrots” signs to stand outside NBC’s Today Show. When it came time for weatherman Al Roker to interview a few people in the crowd, the only ones to choose from were the swarms of self-professed carrot lovers who were sporting both signs and orange clothing in support of the Yes To brand. This low-cost media blitz led to spots on CNN, The Martha Stewart Show, the Today show, and to features in many top publications.

Many corporate higher-ups might have internalized a failure of this magnitude and allowed it to function in a destructive manner, either by accepting the defeat as definitive or by convincing themselves that they simply picked the wrong publications or needed to spend even more on the traditional media campaign. Instead, an unemotional response to the poor results of the print media effort led Yes To to a different approach that worked.

Blake Mycoskie, founder and “chief shoe giver” at TOMS, is also familiar with failure. He started a number of other companies before TOMS took off, some of which were successful and some of which were not. Yet these failures didn’t slow him down—they just redirected him.

Related: A Lesson in Apologies from TOMS Shoes

For example, he had to give up a promising tennis career in college because of a knee problem. It would have been very easy to sit around and feel defeated. But instead, Mycoskie started a campus laundry service that ended up becoming a franchise—all because he realized how difficult it was to do laundry while on crutches.

Later, Mycoskie missed winning a million dollars on The Amazing Race by less than four minutes—largely because he “refused to stop to ask for directions,” as he has joked on several occasions. He then turned his attention to starting a 24/7 all-reality cable television channel called Reality Central. “The idea had a really compelling pitch: here I was, a former reality star, starting an all-reality network funded by the winners of big-time reality shows,” Mycoskie said. “I was so confident that the idea was going to succeed that I went out and bought a brand-new Porsche—in bright yellow, no less. I felt like I was flying.”

Then, everything fell apart. “Big personality conflicts started to develop between my partners and me. Team morale began to slip,” he said. “And then, in one fatal blow, Rupert Murdoch and Fox announced that they were creating their own reality channel with almost the identical business model as ours. The hardest part of this experience was having to call each and every investor and explain to them that their money was gone. What made it even worse is that many of these investors were friends and family members. As an entrepreneur, there is no worse feeling in the world.”

Related: 12 Leadership Traits You Need to Thrive in Tough Times

As Reality Central was tanking, Mycoskie read the biographies of successful people, such as Abraham Lincoln, Sam Walton, Richard Branson and Ted Turner. “The common thread among all of these great successes is that every one of them failed—and spectacularly, no less—at some point in their life,” he said. “As much as it hurt, I realized that failure is an inevitable part of thinking big and going after what you’re really passionate about.”

In 2006, Mycoskie’s passion and entrepreneurial spirit led to the creation of TOMS. After seeing children walking without shoes on a trip to Argentina, he founded the company and pledged that for every pair of shoes the company sold, TOMS would give a pair of new shoes to a child in need.

This article has been excerpted from Shake the World by James Marshall Reilly (Portfolio, 2011).