What I Learned About Great Meetings from Steve Jobs

By Ken Segall April 26, 2012
Opinions expressed by Entrepreneur contributors are their own. 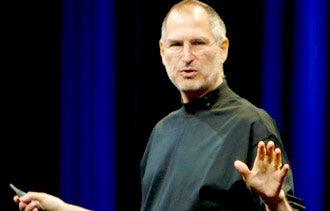 The principle of keeping meetings small and made up of smart people is deeply woven into the religion of electronics behemoth Apple and is key to any organization that wants to nurture quality thinking. The idea is pretty basic: Everyone in the room should be there for a reason. There's no such thing as a mercy invitation. Either you're critical to the meeting or you're not. It's nothing personal, just business.

Apple co-founder, the late Steve Jobs, actively resisted any behavior he believed representative of the way big companies think -- even though Apple had been a big company for many years. When he called a meeting or reported to a meeting, his expectation was that everyone in the room would be an essential participant. Spectators were not welcome.

This was based on the somewhat obvious idea that a smaller group would be more focused and motivated than a large group, and smarter people will do higher quality work.

For a principle that would seem to be common sense, it's surprising how many organizations fail to observe it. How many overpopulated meetings do you sit through during the course of a year? How many of those meetings get sidetracked or lose focus in a way that would never occur if the group were half the size? The small-group rule requires enforcement, but it's worth the cost.

Related: Seven Ways to Kill Your Meetings and Unleash Productivity

One reason why large, unwieldy groups tend to be created in many companies is that the culture of a company is bigger than any one person. It's hard to change "the way we do things here." 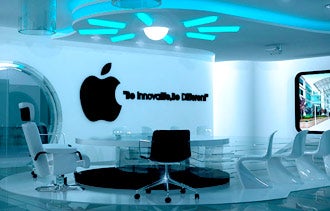 At Apple, because quality is stressed over quantity, meetings are informal and visible progress is made on a weekly -- if not daily -- basis.

In one large technology company with which I worked, I found a framed sign in every conference room designed to nudge the employees toward greater productivity. The headline on the sign was how to have a successful meeting. The content read like it came right out of a corporate manual, which it likely did. It featured a bullet-pointed list of things like "State the agenda at the start of your meeting," "Encourage participation by all attendees," and "Conclude your meeting with agreement on next steps."

If big companies really feel compelled to put something on their walls, a better sign might read:

How to Have a Great Meeting

1. Throw out the least necessary person at the table.
2. Walk out of this meeting if it lasts more than 30 minutes.
3. Do something productive today to make up for the time you spent here.

Whatever your motivation, what you're really saying is that you don't have the right people on the job. So fix that. When populated by the smartest people, small groups will give management more confidence, not less.

Apple's advertising agency -- Chiat/Day, before it merged with TBWA Worldwide -- succeeded by the same philosophy. I was a creative director, and our small group matched up well with Apple's small group. Limiting the size of our group helped us produce work quickly, get information fast and have the agility to react to unexpected events.

The agency's founder, the late Jay Chiat, had set a similar tone decades earlier. Jay and Steve had a unique relationship in the days of the original Macintosh. I had the pleasure of being personally ejected from a meeting by Jay during one of my several stints at Chiat/Day. Surveying the room before the start of a meeting, Jay took one look at my art director partner and me and said, "What are you guys doing here?" "Beats me," I said. "We're just responding to the invitation." Jay told us to get out and "go create something."

The working styles of both Jay and Steve have stuck with me over the years. I can think of no better examples of leaders with a talent for keeping their teams focused on the mission and focused on producing great results. And both built spectacularly successful businesses. It's not a coincidence.

This article is an edited excerpt from Insanely Simple: The Obsession That Drives Apple's Success (Portfolio/Penguin, 2012) by Ken Segall.