Cupcake Wars, Cupcake Champions and the Magic of Brand Extensions

By Carol Tice June 1, 2012
Opinions expressed by Entrepreneur contributors are their own. 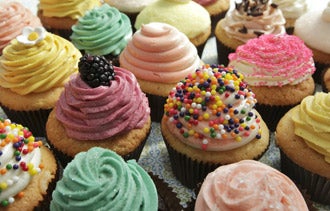 I wanted to check out an episode of the Food Network's reality show Cupcake Wars this week, both because I really like cupcakes, and also because I'm fascinated with how the show unites the polar-opposite concepts of cupcakes and war. But when I tune in -- hey! -- it's morphed into a best-of contest this season called Cupcake Champions.

Yes, as we've seen before with Project Runway All-Stars and many other shows, a successful show -- a successful brand -- has created a spinoff. Cupcake Champions is essentially more of the same, only amped-up a little, as it's all the winning bakers from previous episodes competing with each other in ever-crazier cupcake contests. This concept is as old as Jeopardy! Challenge of Champions at least.

So why do we tune in, if we've basically seen this before? It's the magic of brand extension. Take something we already know and love, give it a twist, and you get something new customers want immediately. It's got that tantalizing combination of familiar and new.

It all may make you moan, "Doesn't anyone have any new ideas?" But there's a reason they don't. It's because people love brand extensions, and they're easier to market than new products. They have a built in audience from the first product you put out.

If you'd like a primer on how to extend your brand, just take a look at the twists these reality shows have put on their successful spinoffs:

How will you extend your brand this year? Leave a comment and tell us your plan.