By Mikal E. Belicove July 26, 2012
Opinions expressed by Entrepreneur contributors are their own. 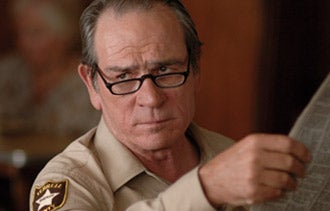 The untamed terrain of the daily-deal space has become the wild west of online marketing, with no shortage of merchants and consumers complaining and little being done to curtail real or perceived poor practices.

Merchant complaints about daily deals were highlighted recently when a British baker was forced to make 102,000 cupcakes to fulfill the demand of a Groupon promotion -- an experience that cost her nearly $20,000 after hiring 25 assistants to make good on the offer. And consumer complaints appearing online and in print regularly outline misleading terms and poor customer service offered up by participating merchants.

More than 8,000 daily deal, group buying, and flash-sale providers and publishers have opened up shop around the globe in the past four years, and many of them are shooting from the hip, operating under rules wherein they themselves determine what's fair and honest.

But there's a new sheriff in town. The Global Daily Deal Association (GDDA) formed earlier this year quickly established a code of conduct for daily-deal service providers like Groupon, LivingSocial, Buy With Me and the thousands of other providers that have flooded the marketplace with deals and discounts.

The fledgling association is the first and only trade group devoted to the long-term sustainability of daily-deal providers, and its new code of conduct is voluntary and aimed at promoting fair, honest and ethical best practices within the daily-deal and group-buying space.

According to Stavros Prodromou, GDDA's executive director, these best practices include:

And with recent research from Rice University showing that the tide is turning and more merchants are starting to see profits associated with offering such deals, merchants need to ensure they're working with a legitimate and thoughtful daily-deal service provider. That's exactly why the GDDA's code of conduct is so important.

The code, which is available online from the GDDA (PDF), also includes sections addressing misleading and deceptive conduct by daily-deal service providers, required terms and conditions of deals, the privacy of consumer data, and what happens when a provider is found to be in violation of the Code.

If your retail business or service is contemplating a test foray into the group buying waters, now is the time to ask your daily-deal service provider if they've joined the Global Daily Deal Association and if they're voluntarily following the edicts of GDDA's code of conduct.

Have you dealt with a daily-deal provider that's observing GDDA's standards? Tell us about your experience in the comments section below.