By Mikal E. Belicove September 11, 2012
Opinions expressed by Entrepreneur contributors are their own. 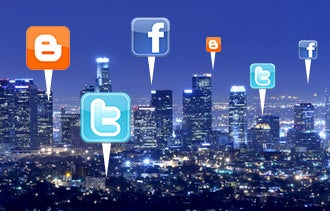 More large companies are using social media to promote their brand online, according to a report from the Center for Marketing Research (CMR) at the University of Massachusetts Dartmouth. That's quite a change from last year's report, which found use of social media at big companies waning.

The newest report, titled Social Media Surge by the 2012 Fortune 500, reveals that large companies are increasingly adopting the same social media tools that have been used extensively for years by smaller businesses and startups.

Social media engagement has long taken a back seat in the eyes of many big companies, and last year's CMR report demonstrated a stall in adoption by all but the most progressive large companies. At that time I suggested that the big corporations could be rightly accused of neglect when it came to taking advantage of such valuable marketing tools.

Related: Why Big Corporations Are Putting the Brakes on Social Media

So it comes as a pleasant surprise that in 2012, many of the nation's largest businesses appear to be embracing social media. In particular:

Corporate Blogging: This year's report shows large companies have increased their use of blogs by 5 percent -- with 28 percent actively blogging in 2012 compared to 23 percent last year.

Microblogging: Twitter use for corporate communications is also on the climb, up 11 percent to 73 percent from 62 percent last year.

In addition, 62 percent of the biggest companies are now using YouTube. Another 2 percent (11 companies total) are dabbling with Pinterest.

"Many large consumer-facing companies are still struggling and not confident in their ability to deal with customer queries and complaints via social media," said Genesys' head of global sales, Tom Eggemeier. "Consumer-facing companies need to resolve this disconnect by developing a customer service strategy that understands and integrates social media channels across every customer touch point."

Viewing social media exclusively as a marketing tool fails to take into consideration why consumers follow brands online in the first place. While they certainly want to know about the latest deals and offers, consumers are increasingly interested in answers and solutions to real-time questions and problems, and they're not shy about using your business or brand's Facebook page to ask questions and complain about your response, or the lack there of.

When businesses and brands fail to monitor social utilities like Facebook, Twitter and even their own blogs, they do more damage than good. As a result, it doesn't really matter what percentage of large companies use social media. What matters is how they're using it.