Tech-Savvy and Fashion-Forward: A Look at Today's Stylish Startups

Lambeth Hochwald
October 25, 2012 5 min read
Opinions expressed by Entrepreneur contributors are their own.

The fashion business is notoriously tough to break into.

Even Gianni Versace spent years working as a dress-maker's apprentice before starting up his own eponymous and uber-famous fashion house Gianni Versace.

But the newest crowd of fashionista entrepreneurs aren't sweating it out over sketchbooks and dress samples. Between rewarding users for style advice and supplying them with their own virtual closets, today's fashionable young founders are using technology to tap into customers' penchant for new looks. And they're not heading for the runway either; they're launching where their customers are: online.

We checked in with some of the most innovative -- and stylish -- startups around. Here's how three of them are standing out in the ever fickle-fashion world: 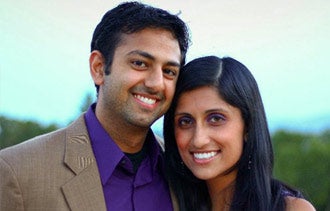 Pramod Dabir and the inspiration for Boutine, his wife.
image credit: Fashinvest

Boutine
HQ: San Francisco
Founded: Aug., 2012
Like most businesses, social-shopping site Boutine started with a personal experience. Founder Pramod Dabir, 28, lived with his fiancé -- along with six other women -- while she was studying at Stanford. These women would run into each other's rooms and ask each other 'How does this look?' 'Does it match,' he recalls. One girl was more fashionable and would be doling out a lot of advice. When Dabir noticed that the women were making purchasing decisions based on what the fashionista friend advised, he began building a platform that would enable users to be financially rewarded for sharing their style and sartorial savvy.

Today, users receive a 10 percent commission on the sale of whatever products they recommend. We have a robust back end system that allows us to handle all of the splitting of commissions and processing of sales, he says. I wanted to create a place for women to share their voice about fashion and be compensated for it, says Dabir.

But the other element that sets Boutine apart from traditional fashion companies? Engagement. The site allows users to become stylists -- creating their own virtual boutiques and recommending designers and apparel pulled from the site's inventory. It also offers users the ability to style outfits, dragging and dropping different items into their boutique, rotating them and adding embellishments. Users don't have to necessarily buy the products, but they can engage with them, he says. 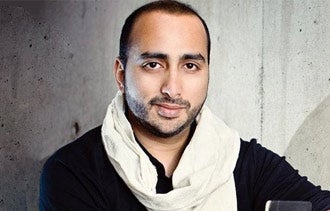 Stylitics
HQ: New York City
Founded: Nov., 2011
How well brands and retailers know their customers is top of mind for Rohan Deuskar, 30, the co-founder of Stylitics, a tracking and organization service for consumers' closets. As we talked to merchants and designers in the fashion space, we found that the tools they were using to know what's in their customer's closet or shopping bag was very old-fashioned, says Deuskar. It was all focus groups and surveys.

Deuskar immediately recognized an opportunity: to allow users to create a virtual closet -- through which they could list clothes they'd like to buy, as well as plan their outfits for the week. They could also analyze how much they're paying per wear (a.k.a., the justification for paying top dollar for jeans) and make sure they don't wear anything twice.

But brands can also bank on the service. Users' data are gathered and delivered, anonymously, to brands and retailers who pay for the information. We can get a clear picture of everyday clothing choices and the patterns that are emerging, says Deuskar. My vision is that in a couple of years, when you walk into your favorite store, you'll get a personal experience around patterns, style and price points that you care about. 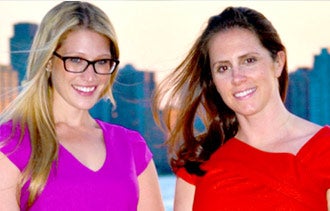 Hukkster
HQ: New York City
Founded: Dec., 2011
It's well known that online shoppers break for bargains. So, it would seem upstart fashion-deals site Hukkster is bound to strike a chord.

When consumers find a product online that they want to buy, they simply 'hukk it' and then they'll get a notification by email or text when the price of that item drops by at least 25 percent. The concept for the company came from the co-founders' collective love of fashion -- the duo met in 2007 while working as merchandisers at J. Crew -- and the fact that they felt bombarded by special offers and deals piling up in their in-boxes, says co-founder Erica Bell, 27. Bell and her co-founder, Katie Finnegan, 29, wanted to offer users the ability to be alerted to deals at their favorite stores, like the Gap and Bloomingdale's, in one email. In turn, the startup receives a fee whenever a sale is made via Hukkster.

Like their fashionable counterparts, Hukkster's founders say the site also relies heavily on engaging with users. Right now, we're focusing on apparel and accessories, but we're just at the tip of the iceberg, says Bell. Our end goal would be for people to be able to 'Hukk everything on the web.

Why do you think fashion startups are becoming so tech savvy? Let us know in the comments section below.