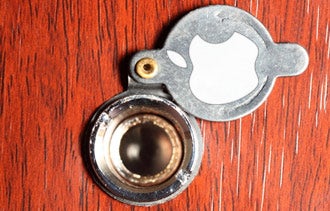 Apple's launch of the iPhone 5 in September came with a slew of new commercials to promote the device. But Apple didn't shout quite so loud about an enhancement to its new mobile operating system, iOS 6, which also occurred in September: The company has started tracking users so that advertisers can target them again, through a new tracking technology called IFA or IDFA.

Previously, Apple had all but disabled tracking of iPhone users by advertisers when it stopped app developers from utilizing Apple mobile device data via UDID, the unique, permanent, non-deletable serial number that previously identified every Apple device.

For the last few months, iPhone users have enjoyed an unusual environment in which advertisers have been largely unable to track and target them in any meaningful way.

Related: How Microsoft's 'Do Not Track' Plan Will Guarantee That All Users Are Tracked

In iOS 6, however, tracking is most definitely back on, and it's more effective than ever, multiple mobile advertising executives familiar with IFA tell us. Apple doesn't mention IFA in its iOS 6 launch page.

Users can switch off that targeting, but it's tricky, as we discovered. At least iOS 6 users are able to turn off tracking, which they weren't before.

Here's how it works: IFA or IDFA stands for "identifier for advertisers." It's a random, anonymous number that is assigned to a user and their device. It is temporary and can be blocked, like a cookie.

When you look at an app, or browse the web, your presence generates a call for an ad. The publisher's site that you're looking at then passes the IFA to the ad server. The advertiser is then able to know that a specific iPhone user is looking at a specific publication and can serve an ad targeting that user. IFA becomes particularly useful, for instance, if an ad server notices that a particular IFA is looking at a lot of different car sites. Perhaps that user is interested in buying a new car. They'll likely start seeing a lot of car ads on their iPhone.

More importantly, IFA will allow advertisers to track the user all the way to "conversion" -- which for most advertisers consists of an app download. Previously, advertisers had no idea whether their ads actually drove people to download apps or buy things. Now IFA will tell them.

The IFA does not identify you personally -- it merely provides a bunch of aggregate audience data that advertisers can target with ads.

Related: Wozniak On The iPhone 5: Apple Has Become Arrogant

Tracking is on by default: The new iPhone operating system comes with three things that make tracking easier for advertisers and reduce the likelihood that you'll opt out.

• iOS 6 comes in a default "tracking on" position. You have to affirmatively switch it off if you do not want advertisers to see what you're up to.

• The tracking control in iPhone's settings is NOT contained where you might expect it, under the "Privacy" menu. Instead, it's found under "General," then "About," and then the "Advertising" section of the Settings menu.

• The tracking control is titled "Limit Ad Tracking," and must be turned to ON, not OFF, in order to work. That's slightly confusing -- "ON" means ads are off -- so a large number of people will likely get this wrong.

Those three factors combined mean that a large proportion of iPhone users are unlikely to ever opt out of tracking.

"It's a really pretty elegant, simple solution," says Mobile Theory CEO Scott Swanson. "The biggest thing we're excited about is that it's on by default, so we expect most people will leave it on."

(His take on IFA's capabilities was confirmed by two other mobile ad execs at rival companies.)

Again, IFA doesn't identify you as a person to advertisers. What it does do, however, is provide advertisers with "a really meaningful inference of behavior," Swanson says. "We haven't had access to that information before."

Related: Apple Knew Maps Was Going To Be A Disaster, Say Developers

Last Chance to Overhaul Your Mac at a Discount