The Entrepreneur Who Captured the Record-Breaking Space Jump 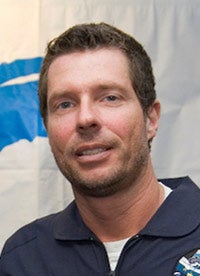 Last weekend, millions of people tuned in online to witness the Red Bull Stratos project, in which Austrian skydiver Felix Baumgartner ascended to the edge of the atmosphere in a helium balloon and jumped -- plummeting 128,000 feet back to earth and breaking the sound barrier as he fell.

What you might not know is the name of the entrepreneur who made it possible for the world to watch Baumgartner's historic feat: Jay Nemeth of FlightLine Films. He founded the company in 2007 to provide aerospace cinematography -- before there even was demand for it.

We caught up with Nemeth to find out how he became involved in this incredible project, and how he started up in a new market. What follows is an edited version of our exchange:

Entrepreneur: How did you become involved in the Red Bull Stratos project?
Nemeth: In 2008, I was working on Red Bull Rampage, an extreme mountain bike competition, doing aerial photography out of a helicopter. After a day of filming, I was having dinner with the producer and he asked what other projects I had going. I was reluctant to tell him about the new direction for my company, providing film and imaging services to the private space industry, because it sounded kind of nutty. He told me that Red Bull was working on a project that would take place at the edge of space, and that they were looking for someone that knew how to film these types of things.

Entrepreneur: How do you prepare cameras to work in space?
Nemeth: We were able to "space rate" some of the equipment by changing out components that would fail in a vacuum, but the larger cameras used fans for cooling, so I designed special housings that use dry nitrogen gas and heat exchangers to keep them in check. I decided to build my own [ground-based optical trackers].

Entrepreneur: Your cameras couldn't fail. As a business owner, was this worth the risk?
Nemeth: It was a very methodical process of design, engineering and testing. We would constantly test things in chambers that reproduced the vacuum and cold of space. We would push the parameters of time, temperature and other conditions to beyond what we would encounter on the actual mission.

I even designed the system so that if we lost the ability to remote control the components, Felix could cycle breakers in the capsule to start all of the recorders. We had simulated the flight so many times that this incredibly complex flying TV studio was as familiar to us as driving a car. We gave it no choice. It was going to work.

Entrepreneur: What advice do you have for other entrepreneurs in cutting-edge fields?
Nemeth: Identify something new that no one is doing and get your part ready. You may be ahead of your time, but be patient and wait for the industry to catch up to you. If you position yourself correctly, you'll be their first choice, and possibly their only choice.

As they say in aviation, you want to be "number one on the runway."

Related: 3 Creative Business Ideas That Were Before Their Time

Correction: A previous version of this post misstated Baumgartner's country of origin. He is Austrian.