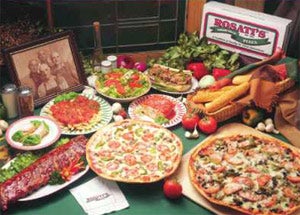 It only took 100 years or so, but the Rosati family has finally broken into the Franchise 500©. It's an honor that would probably please--and likely confuse--Saverio "Sam" Rosati, who began serving pizza at his Italian restaurant in Chicago near the turn of the 20th century. In 1964, his children took his old-world recipes and opened Rosati's, one of the first pizza joints to offer delivery, and a local legend was born.

For decades there was no need for franchising--so many aunts, uncles and cousins opened Rosati's Pizza locations around Chi-Town that the company grew organically. Five years ago, however, when demand outnumbered family members, the franchising program was born. There are now 108 Rosati's Pizza stores operating across 12 states.

So what pushed Rosati's ahead this year, enabling it to squeak onto our ranking at No. 499? President Marla Topliff credits a stronger general focus on the franchising component. Since 2011 the company has not only hired a dedicated franchise sales representative, but has also begun attending franchise shows and improved its nationwide distribution system.

The result? Last year Rosati's opened eight new stores; this year it's on track to open 15 to 20. What's more, the company has turned to a higher-margin family-friendly "pizza pub" concept, one that focuses on its Chicago roots, offering wings, beer and Bears games along with its full Italian menu, which features four styles of pizza. 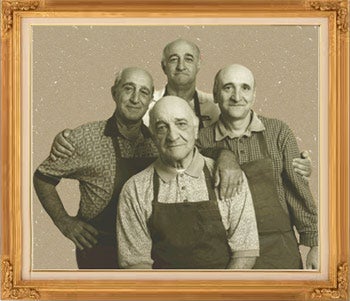 The  Rosati family franchise has been serving pizza for five generations.
Photos courtesy of Rosatti's

Topliff is proud of what the concept has accomplished so quickly, especially the fact that Rosati's has been able to make headway in a segment she says is saturated with 67,000 pizza places.

"The only thing you can do is tell your story and explain to customers why they should choose you over the competitor," she says. "It comes down to quality. The big three--Pizza Hut, Domino's and Papa John's--sell pizza based on price. We sell on quality."

But the company's greatest asset has to be the Rosati family, which still controls the business and serves as its main marketing tool. "This is a great brand, and the oldest surviving family pizza restaurant business in the United States," Topliff says. "There's not many brands owned by the same family for 100 years."