By Jennifer Wang December 18, 2012
Opinions expressed by Entrepreneur contributors are their own.

Limor Fried notes that once upon a time, it might have seemed strange for a person to spend an afternoon building something like the MintyBoost, a portable USB mobile-device charger assembled from an Altoids tin and bits of electronic hardware. But if the 50,000 MintyBoost kits sold so far by Fried's company, Adafruit Industries, are any indication, the world is now a different sort of place.

Recognizable by her signature vivid-pink locks, Fried (or Ladyada, as she is known on the internet) is one of the dominant forces behind the maker movement--a legion of do-it-yourself-minded folks who create cool things by tweaking everyday technology. Last year New York City-based Adafruit did a booming $10 million trade in sales of DIY open-source electronic hardware kits, so-called because project designs are free and publicly accessible, and customers are encouraged to modify or "hack" the final product. In addition to MintyBoost ($19.50), the online catalog includes in-house designs like the iNecklace ($75), a pendant shaped like an Apple gadget's "on" button, complete with a pulsing LED light; and third-party products that have earned the "Adafruit seal of approval," like the MaKey MaKey ($49.95), a device that can turn any object that conducts electricity--a coin, cat, banana--into a functioning touchpad or keyboard.

In October Fried moved her 35 employees from a 2,000-square-foot loft near Wall Street to a 12,000-square-foot industrial space in SoHo, then hired 15 more people. Just a week after the move, Fried was bubbling with excitement, obvious even over the din of 500 packages being prepped for the daily UPS shipment. "It's a new chapter in the business," she exclaims. "I think we can quadruple our current size." No mean feat, considering Adafruit has shipped more than half a million kits in the last seven years, and revenue has doubled every year for the past three. The warehouse-grade power supply at the new facility allows for simultaneous operation of large equipment like laser engravers and mills, which means much faster production; the additional space means more inventory can be stocked. Fried is also throwing her creative weight behind education initiatives, designing school curricula in electronic circuitry and robotics and creating stickers and badges, ? la Girl Scouts, to get kids to brag about their skills in areas like welding and programming. 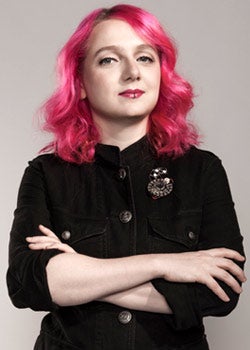 Fave quote: "We are what we celebrate." --entrepreneur and inventor Dean Kamen

Words of wisdom: "Be the change. If you want to live in a world that looks a certain way, don't wait around for someone else to do it." --business partner Phil Torrone

Biggest motivator: Feedback that Adafruit is inspiring the next generation of engineers

Adafruit's own schematics were drawn up in 2005, while Fried was studying for a master's degree in computer science and electrical engineering at the Massachusetts Institute of Technology. She liked to put skills she learned in class to the test by building functional objects like MP3 players, synthesizers and light toys from scratch, using custom-ordered parts. This was before YouTube and the iPhone, so she posted DIY instructions for the projects on her personal website. Soon she was bombarded with requests to sell pre-assembled kits. "At first I was like, 'No dude, I'm really busy, leave me alone,'" she says. But after a few months, her fans wore her down.

With $10,000 her parents had allocated for her tuition, Fried bought a bulk quantity of parts and began assembling and selling her kits, making about $10 on each unit. In the beginning, running the company consisted of shipping a couple of packages a day from the 24-hour post office next door to her dorm. As orders increased, she hired friends; before she knew it, she was designing a new project every week around newfangled components like gyrometric sensors, solar panels and thermal printers.

"I think the company took off because, before these kits, there wasn't a learning project out there that you would actually use or wanted to keep," she says. "Some people will learn for the sake of learning it, but most people need a reason."

Indeed, everyone is invited to the DIY party, from elementary-school students building robotic arms to grandmothers sewing jackets with working LED movie displays using Flora, a wearable electronics platform with conductive threads and washable hardware. The web is full of third-party tutorials for Adafruit's open-source projects; Fried also has three full-time engineers dedicated to troubleshooting. "Everything is designed to be painless," she says. "I spend a lot of time thinking about how customers will interact with products so they won't break them. And when we sell something, we always give good documentation to get [them] going in a couple minutes." 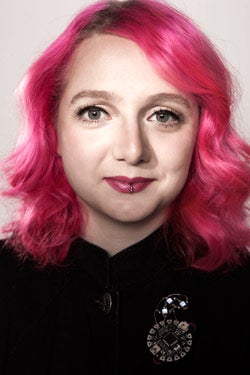 And that's when the fun really begins. The open-source designs lend themselves to "a culture of sharing," and tens of thousands of Adafruit customers are feeding off each other's creativity, tinkering with more powerful MintyBoosts and iNecklaces that flash at different speeds and cycle through bright colors. "People learn and come back with fixes, send us weird Halloween costumes based off our kits," Fried says. "I read blog posts and tweets from customers, and I definitely get ideas from them that I personally might not have thought of."

As for her assertion that newcomers should find the process rewarding enough to brave an intimidating tableau of wires and capacitors and diodes, well, just think about how some people claim to love assembling IKEA furniture: the careful laying out of the parts, painstaking examination of instructions, a few false starts and, ultimately, the satisfaction of things slotting into place as the final product takes shape. And when you complete that first circuit and taste the power of creating your own things that spark and shake and whir, you might see what Adafruit's 200,000-plus customers have already realized: We are all makers at heart.