How the Vegas Tech Fund plans to help transform the tech scene in Sin City, in part two of our series on Tony Hsieh's $350 million Downtown Project.

For tech startups looking for a place to incubate their next big idea, Sin City is no longer such a long shot. Tony Hsieh has been encouraging founders to take a chance on Las Vegas and become part of his Downtown Project. Entrepreneurs are the linchpin in the Zappos CEO's $350 million initiative to revitalize the downtown area. In addition to investing $50 million in local small businesses, the project set aside another $50 million to launch the Vegas Tech Fund last year.

The tech fund has already invested in 27 companies and committed to another 10, according to Andy White, who moved to Las Vegas to manage the fund after leaving his post as executive director of BoomStartup, a Salt Lake City-based tech accelerator. The plan is to fund between 100 and 200 tech startups, with each receiving investments of $50,000 to $500,000.

The startups the fund invests in receive guidance, mentoring and the opportunity to participate in workshops to help them expand. To be sure, attracting top talent is likely to be a challenge in Las Vegas, which lacks the concentration of tech pros traditionally found in Silicon Valley. To try to overcome that, White says the recruitment process for founders and prospective employees is designed to give people a true taste of the city’s evolving tech scene. There are invitations to mixers, dinners and tech events, as well as tours of the Downtown Project and a complimentary stay at the Ogden, a high-rise condominium where the Downtown Project offers furnished apartments as "crash pads."

Every week, White says, he fields inquiries via email or phone from about 30 startups, of which three to five will ultimately get the green light for funding. Companies are evaluated on traditional criteria, including experience, ability to execute and go-to-market strategy. But there is another equally important prerequisite: a focus on community. From day one, founders must have a desire to get involved in the community, whether it's hosting a tech event or pursuing another passion that brings people together.

I recently sat down with White for an interview in Las Vegas. He offered insight on the multifaceted effort to expand the tech scene in the downtown area and what startups need to know if they're hoping to be a part of it. Edited interview excerpts follow.

Entrepreneur: What types of startups are you looking to invest in?
Andy White: We don't have a focus in gaming or gambling or hospitality, as there are a lot of great people focused on that every day in Las Vegas. In general, we're looking for post-accelerator companies, where there's a founding team that has proven it can work together in a tough situation, has a product and some customers and is getting some traction in the market but still needing to figure out how to bring all of this together. 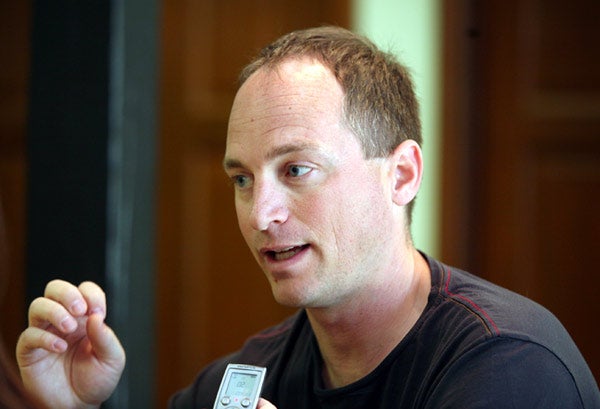 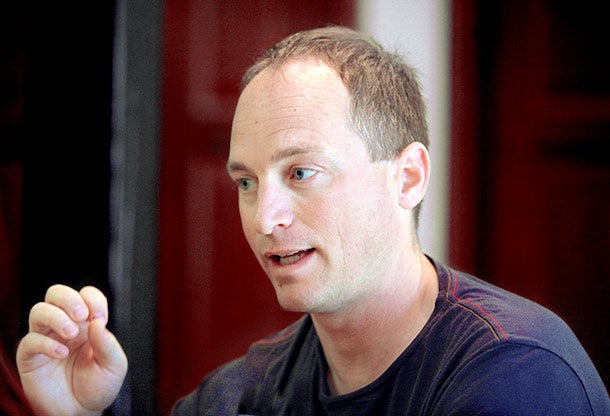 Entrepreneur: And how do you help them figure it out?
White: We have office hours and mentor days, and we work cooperatively with Work in Progress. We help bring in mentors, and whether you're a Vegas Tech Fund company or a visitor in town, you can use those services. There is also Tech Cocktail Week, where the second week of each month we bring in up to 20 venture capitalists, entrepreneurs and other tech luminaries -- including Kevin Rose, serial entrepreneur and general partner at Google Ventures and Hunter Walk, angel investor and former head of product for YouTube -- to connect with each other and our community. We think it's important for entrepreneurs to build relationships with other funding sources, whether it's VCs or angels. We also want to make sure they have a diversified network of investors to pull from when they get to their next phase.

Entrepreneur: You have mentioned how important it is for startups to give back to the community. How do you monitor or encourage that involvement?
White: We host a monthly "CEO circle" to set the pace for how to come together and learn from a peer network. In March, for example, we went around the room and asked the founders we've invested in what they're doing in the community to get a feel for it. The responses included everything from creating a weekly soccer game to hosting a monthly hackathon, an event where programmers come together to collaborate and create new technology. Another group of founders runs our Downtown Podcast, which is done weekly and talks about the Vegas tech scene and things happening in the area. Every one of these projects is at the initiative of the founder. 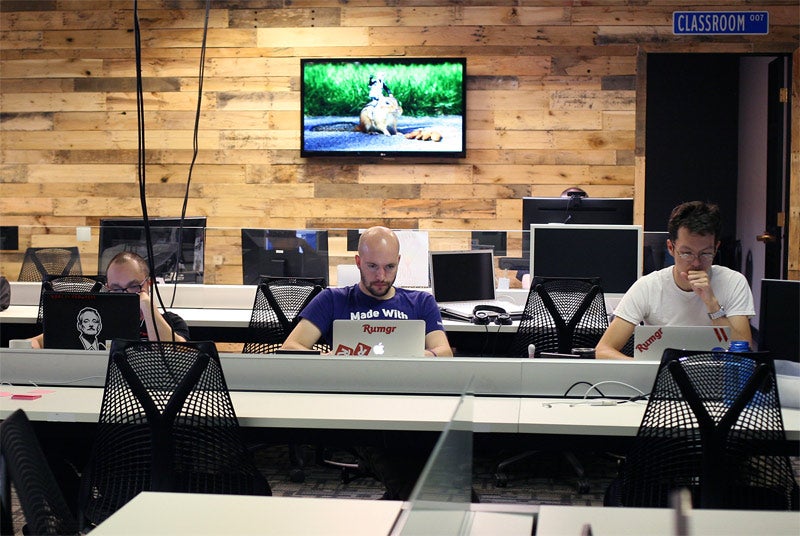 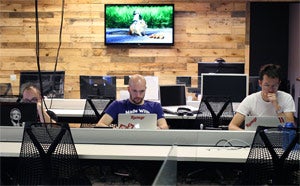 Entrepreneur: What obstacles have you overcome as you expand the tech startup scene here?
White: The biggest challenge is everyone already thinks they know Las Vegas. They've been out for a conference or bachelor party, they've seen the TV shows and movies and they have a strong perception of what it's like to be here. What we're finding though is when people come in with that perception and they take the time to come downtown and really understand what is happening here, the gap between what they thought they knew and what's actually happening is huge. They're just blown away.

Entrepreneur: What is the most important piece of advice you can offer startups looking to attract your attention?
White: One of the negative things I see is entrepreneurs who fall in love with their product and their whole goal is: How can I convince other people that they want it because I think it's cool? I'm much more impressed when you really understand the challenge you're taking on. The best thing you can do is make sure you're passionate about solving the customer's problem. If you can show that and that you're moving toward building the best tool to solve that problem, then that's what we want to see.